Saks Inc. Chairman and chief executive Stephen I. Sadove was the main man last Thursday for many in the fashion industry. 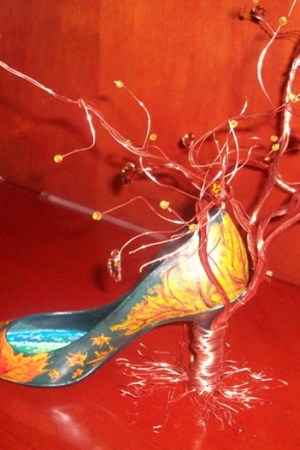 Saks Inc. Chairman and chief executive Stephen I. Sadove was the main man last Thursday for many in the fashion industry.

Sadove has taken some tough steps to steer the store through the recession, but his softer side was front and center at the Fashion Institute of Technology benefit for the school’s educational development fund, where he accepted the “One Person, One Company, One College Make a Difference Award.”

For the crowd of 600 at Cipriani on 42nd Street in Manhattan, there was a big buildup to the presentation. First, school president Dr. Joyce Brown noted Sadove’s involvement with FIT, from speaking at the 2007 commencement to recently spending an afternoon sitting in classes. “His hand was up as much as the A students, and the students were in awe,” said Dr. Brown. “He understands the connection between education — specifically FIT — and our industry.”

Then it was up to New York City Mayor Michael Bloomberg to present the award. First, he called Saks “a good long-term investment’ but joked that the last time he plugged the stock, it dropped about 5 percent. Levity aside, he characterized Saks as “an indispensable part of the fashion industry which is so vital to the city,” adding, “The industry accounts for 175,000 jobs and $10 billion a year in wages. New York City boasts twice the number of fashion companies as Paris has. This is the fashion capital of the world.”

The mayor continued by praising Sadove for being “as generous with his time, his money and expertise as anyone I have ever met. Earn, learn and return. He practices what he preaches and so does Saks.”

Moved by the moment, Sadove seemed like he had to catch his breath initially. “Wow. There are so many of you out there,” he exclaimed.

Then he returned the mayor’s compliment, saying considering New York City and Saks are in “the epicenter” of the economic storm, he was “so pleased to have Mayor Bloomberg leading us through these difficult times.” With the economy crumbling, “the need for funds raised this evening is greater than ever,” Sadove said.

According to Financo’s Gilbert Harrison, co-chairman of FIT’s Educational Foundation, “We had a packed house of 600 that raised $700,000, which in today’s world is the new million or million and a half.”

On exhibit at Cipriani were 20 Jimmy Choo pumps transformed into New York City icons in an FIT student competition for a $2,500 prize. The winner was the Fall in Central Park shoe by Keena Fleming.