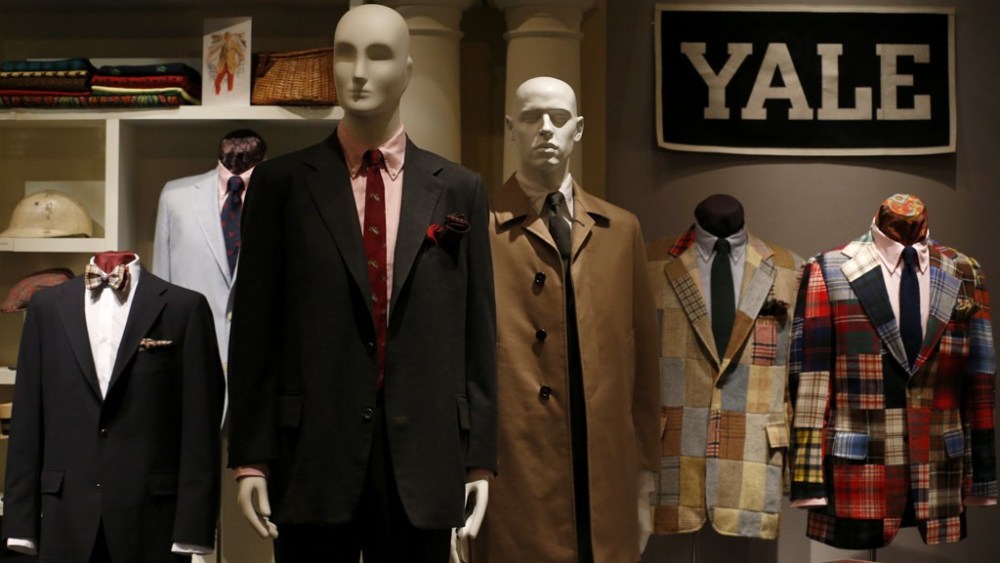 NEW YORK — Ivy League style permeates nearly every fiber of American fashion, and a new exhibition at The Museum at FIT delves into its history.

The exhibit, which opens with a reception tonight is segmented into three time frames: the period following World War I, the post-World War II era and the revival period from the Eighties to today.

“The exhibit is not chronological,” said Mears. “We’re creating an environment that blends then and now. We’re mixing materials because this is the way real people dress.” It explores the “decline and resurgence” of Ivy League fashion and the rise of the preppy movement. “We made sure to integrate all of that.”

Boyer said the show is “very timely,” since “every Italian brand today is trying to do the authentic Brooks Brothers button-down. And look at Thom Browne and Michael Bastian — they take great traditional looks and make them hip and contemporary.”

Press, whose ancestors founded J. Press on the campus of Yale University in 1902, said he “spent decades peddling three-button suits,” and had compiled a “treasure chest of archival materials” that he lent to the exhibit. In fact, his son proudly wore a navy pin-striped suit from 1977 and a skinny repp tie to the preview, and looked perfectly in style.

The exhibition will be on view until Jan. 5, and there will be an accompanying book, “Ivy Style,” published by Yale University Press, that will offer essays on the subject.