The fashion favorites, up-and-comers, and cause célèbres to know now that the Golden Globes, Screen Actors Guild and Critics' Choice nominees are out.

There will be parties for hosting, blockbusters for toasting and campaigning ahead of the show — it truly is the most wonderful time of the year. But, like this holiday shopping season, this awards season is compressed. Two weeks shorter than last year’s lead-up to the Oscars, the accelerated schedule has stylists and designers working overtime, all in the name of glam.

Tom Ford has already thrown down the gauntlet by moving his runway show from New York Fashion Week to Los Angeles, hosting it on Feb. 7, two days ahead of the Feb. 9 Oscars. And he’s likely to have a banner year because of it. (Rather than a runway show, he could just have had his fall collection modeled by nominees walking the Oscars red carpet and saved a step.)

But there’s still a lot of spotlight before then. This week, nominees were revealed for the Golden Globes (Jan. 5), Critics Choice Awards (Jan. 13) and SAG Awards (Jan. 19). And, with so much streaming content from Netflix, Amazon, Apple and the like, it seems as if there is a record number of A-list women to be dressed, including Nicole Kidman, Reese Witherspoon, Phoebe Waller-Bridge, Scarlett Johansson, Cate Blanchett, Margot Robbie, Charlize Theron, Laura Dern, Michelle Williams, Jennifer Aniston, Saoirse Ronan and Lupita Nyong’o.

Stylists don’t like to talk trends, though I’ve already noticed nods to the Nineties, back-to-black, sweet frills and classic tuxedos bubbling up.

Here’s what else to watch for when it comes to fashion. 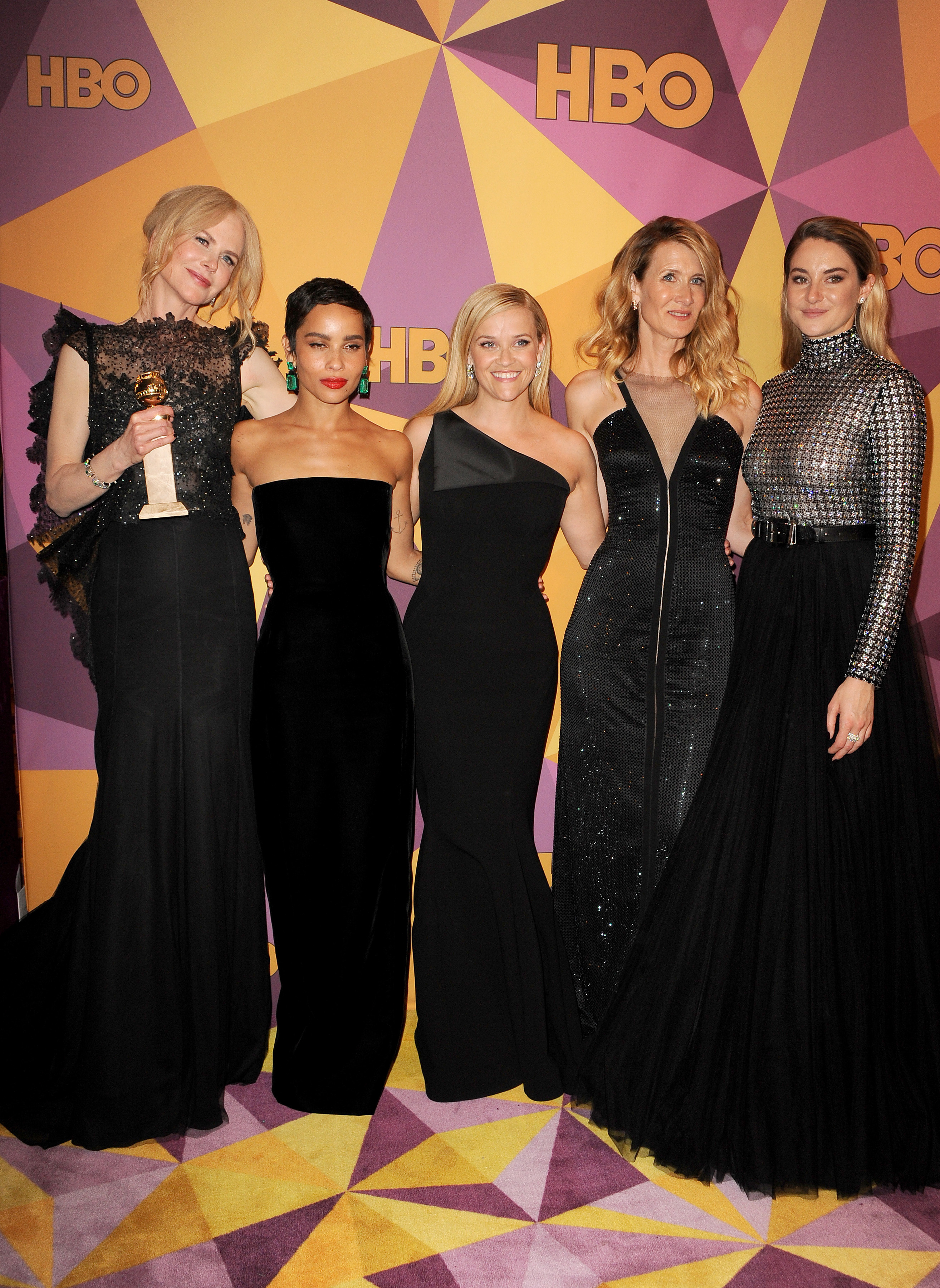 It’s hard to believe it’s been nearly two years since Hollywood’s historic red-carpet blackout, when female stars wore all-black to the Golden Globes to show solidarity with the #MeToo movement, and “Time’s Up” pins were the hottest accessory, drawing attention to the sexual harassment fight. The #MeToo movement has since gone global, touching every industry, and Harvey Weinstein, now using a walker, is on the brink of reaching a $25 million civil settlement with his accusers.

But the playing field in Hollywood is still far from equal. Case in point: There is growing frustration that female nominees were shut out of the Golden Globes best director category, despite a strong group of contenders this year, including “Little Women” director Greta Gerwig, “Booksmart” director Olivia Wilde, “Hustlers” director Lorene Scafaria, “When They See Us” director Ava DuVernay and more.

Charlize Theron, “Honey Boy” director Alma Har’el and Time’s Up representatives have spoken out in the media about the shut out, suggesting that the disparity could be a topic that makes its way into the words, and wardrobes, of awards show attendees.

“I’d love the political statement to be for the nominated directors to actually acknowledge out loud and on the record that there is a gaping hole and massive problem with none of the amazing female directors being nominated. It can’t only be the affected that speak up, that is the point of being an ally,” says outspoken stylist Karla Welch, who is working with “Booksmart” director Wilde, and star Kaitlyn Dever, among others. 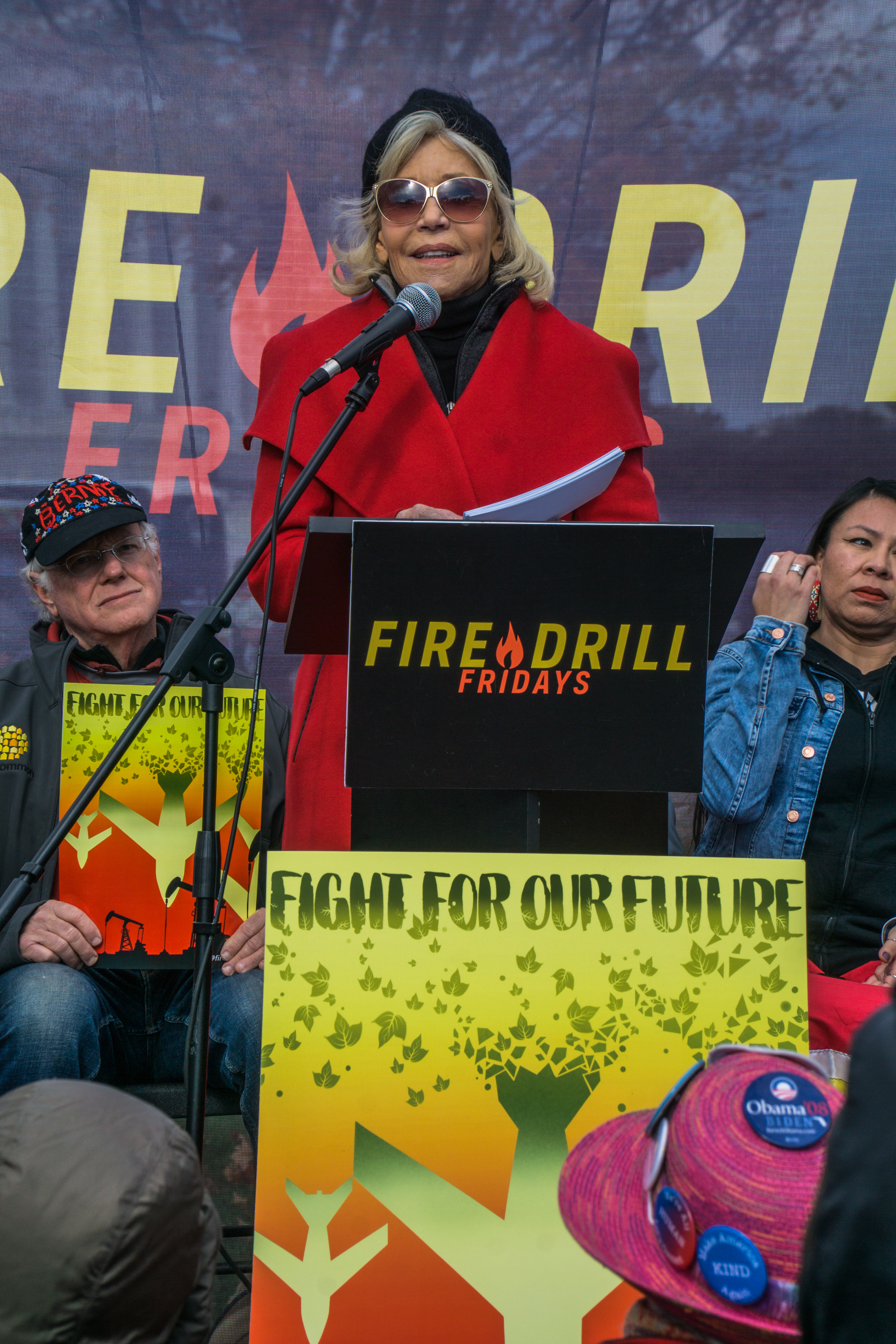 This was the year sustainability went mainstream in fashion, with nearly every brand forced to confront the impact of the industry by unveiling measures and signing initiatives, including the U.N.’s Fashion Industry Charter for Climate Action. But what about on the red carpet, the largest media platform for fashion on the troubled globe?

Could 2020 be the year awareness raises beyond the one-off Green Carpet Challenge and Red Carpet, Green Dress Initiatives, and the occasional re-wearing or vintage gown? Some think so.

“I always ask the questions now, what is your dye process, where are you sourcing fabrics,” says stylist Tanya Gill, who has no less than eco-warrior Jane Fonda, who has recently sworn-off shopping, as a client to answer to. (Actresses Catherine Kenner and Rosanna Arquette were also arrested with Fonda at a Nov. 8 climate protest in Washington, D.C.)

“There is a new thoughtfulness that’s part of the fashion conversation,” added Cristina Ehrlich, who is working with six clients this awards season, including Laura Dern, Natasha Lyonne and Greta Gerwig. “I go back to days where if Penélope [Cruz] was nominated for an Oscar, I would go to four brands, and four brands would make dresses for her with no guarantee. That party is over. Because there has been such an emphasis on the cause and effect of fashion on the environment, there is a responsibility for stylists to be cognizant. If your client needs three red carpet gowns, are you going to have four made or 14?…It’s not responsible for me to have these factories making dresses to make dresses, it’s wasteful. Everyone has to think about where you waste.”

“Once Upon a Time in Hollywood” costume designer and activist Arianne Phillips also senses a shift. “We are actively having the sustainability conversation with actors and stylists,” says Phillips, who created the Time’s Up pin in 2018, and last year cofounded the organization RAD, or Red Carpet Advocacy, to pair brands with talent to raise funds and awareness for causes through red-carpet placements. “It is no mistake that Time magazine announced Greta Thunberg as ‘Person of the Year,’ the same time the Golden Globes and SAG nominations are announced. This is happening now.”

What shape it will take remains to be seen. 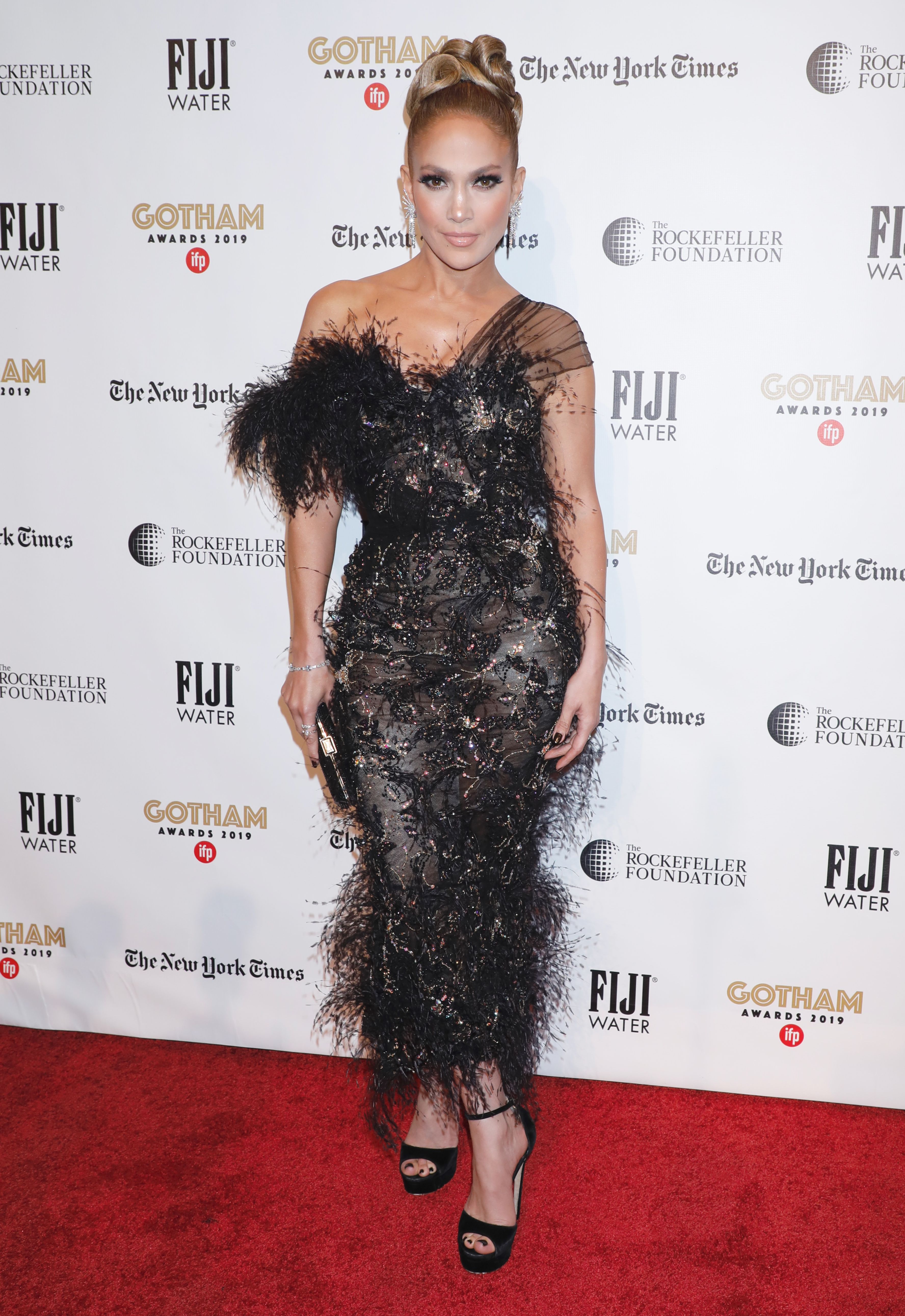 The “Hustlers” star has had a very big year, and as this awards’ season’s Lady Gaga, music-movie crossover star, she’s poised to be a fan and fashion favorite. The only question is, how much Versace and Coach will she be contractually obligated to wear?

Lopez already reprised her famous leafy-green Versace gown for a third time (how eco-conscious!) on “Saturday Night Live” earlier this month, and took her bow with the cast wearing a Coach leather skirt and sweater. (She succeeded Selena Gomez as Coach global ambassador in November). But if she is nominated for the big award (Oscar nominations will be revealed Jan. 13), she could go to Tom Ford, who dressed her and fiancé Alex Rodriguez for the 2019 Oscars. Watch stylists Rob Zangardi’s and Mariel Haenn’s Instagram accounts to keep tabs. 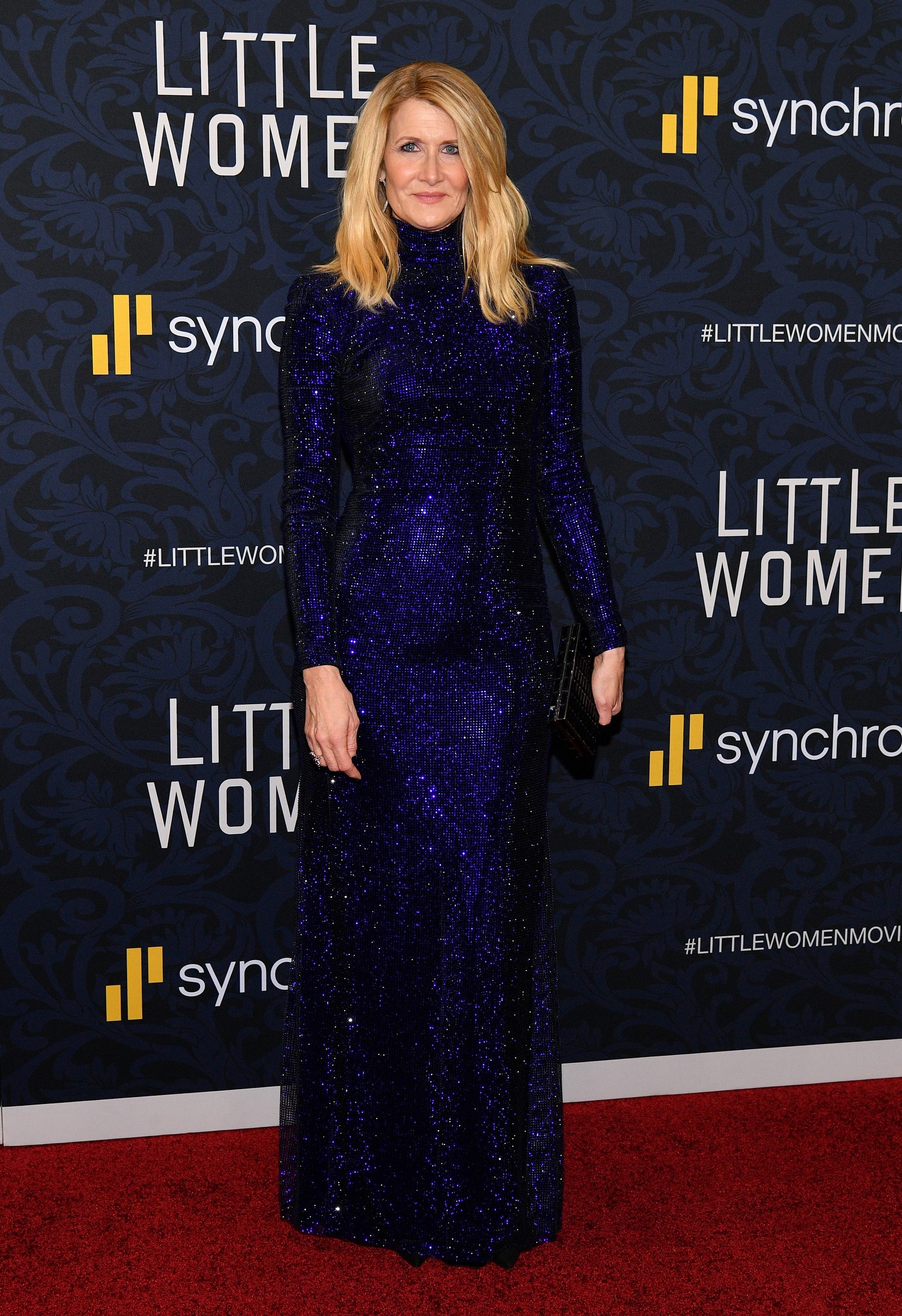 4) Sure things vs. wild cards

This awards season has more than its fair share of seasoned A-list contenders with long-standing dressing contracts that take some of the fun out of guessing what they will wear on Golden Globes and Oscars nights. (“Bombshell” actress Charlize Theron and Dior; “Bombshell” costar Margot Robbie and Chanel; “Fosse/Verdon” star Michelle Williams and Louis Vuitton, to name a few).

But there are also a lot of wild cards, none more so than Laura Dern, whose red-carpet game has been strong so far this campaign season, during which she’s been promoting two films — “Marriage Story” and “Little Women” — as well as HBO’s “Pretty Little Lies,” while wearing Ralph Lauren, Chanel, Emilia Wickstead, August Getty and more, always with a silhouette that emphasizes her statuesque quality. For the big two, the Globes and Oscars, it’s anyone’s guess, but it’s bound to be good.

“She’s Hollywood royalty: super intelligent, philanthropic, she wears so many different hats, there’s a certain sophistication in going against the grain of the characters she’s playing,” Ehrlich says of their red-carpet strategy.

Scarlett Johansson is also back on the red-carpet scene, nominated for her role in “Marriage Story.” Styled by Molly Dickson, she has been working a strapless silhouette, choosing a Louis Vuitton bustier dress for the film’s L.A. premiere, and an asymmetric black-and-gold Celine gown for the Governors Awards in October. Maybe she’ll give Hedi Slimane’s Celine its second Oscars win?

Styled by Jason Bolden, “Harriet” star and multiple awards nominee Cynthia Erivo is the peacock to watch (check the spikes she wore on her head to the Hollywood Film Awards, and the fabulous Marc Jacobs feathers she wore to the “Harriet” L.A. premiere). She’ll bring the fun.

New faces on the awards circuit? Cuban actress Ana de Armas, nominated for a Golden Globe for “Knives Out,” has worn everything from Alexandre Vauthier to Prada to Chanel, and Kaitlyn Dever, who has received multiple nods for “Booksmart,” and has worn Miu Miu, Alberta Ferretti and Prabal Gurung. Both are being styled by ingenue-to-icon pro Karla Welch.

The men promise to be colorful, too. Though “Little Women” Star and fashion heartthrob Timothée Chalamet isn’t nominated for anything yet, Golden Globe nominee Billy Porter should keep things interesting amidst the sea of perfectly suited Tom Ford devotees. 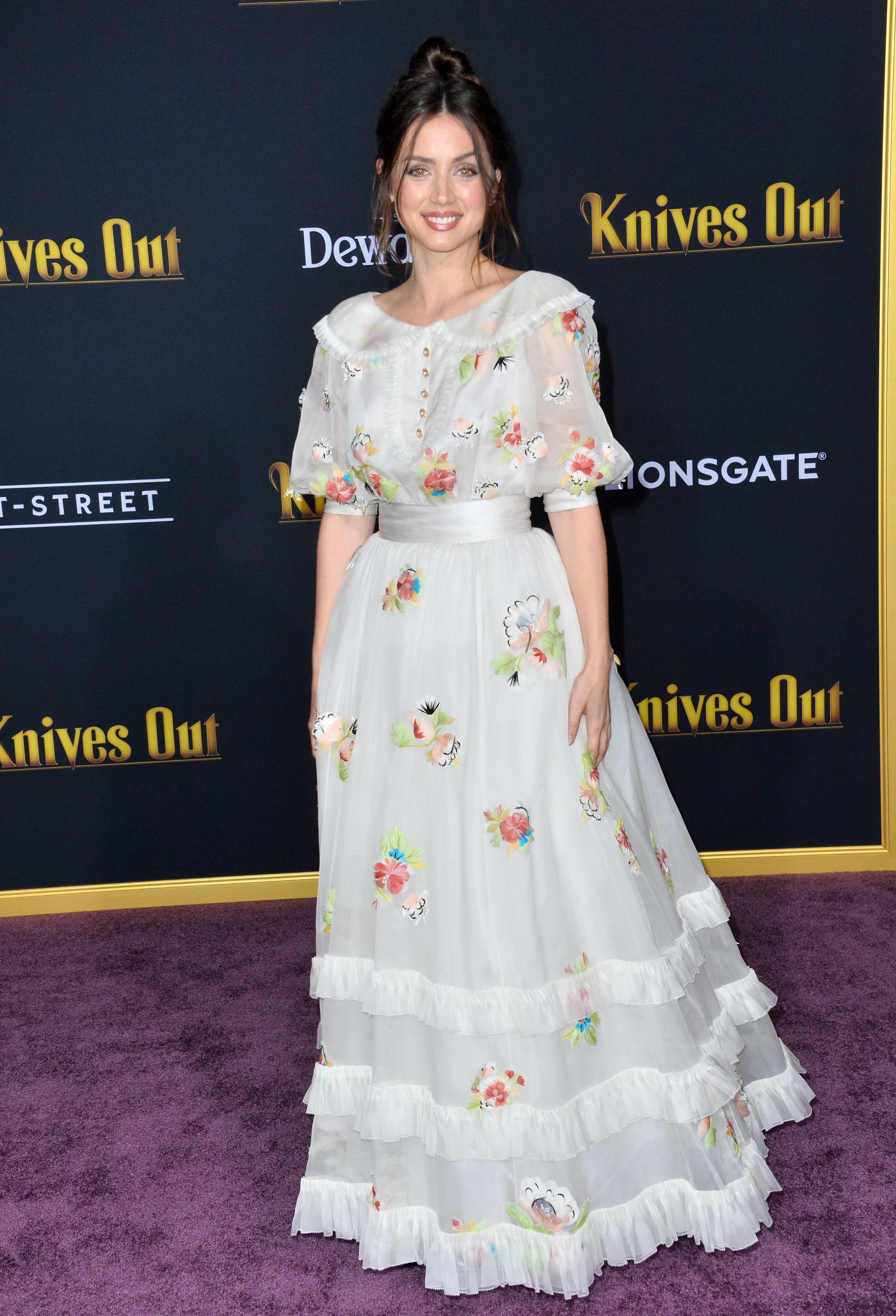 “It’s stressful…it’s actually insane,” says Ehrlich of the five-week red-carpet marathon, which has caused her to decamp from New York to L.A. early this season. “But we all support one another because there are only so many dresses out there, unless you started custom months ahead,” she says of the friendly coordination between image makers, who communicate with each other via text string to ease the flow of samples from one star’s garment rack to another.

With Ford’s runway show on Feb. 7, and New York Fashion Week running Feb. 6 to 13, there’s a chance Hollywood’s awards season grand finale could outshine the American runways. But only for one season; the Oscars reverts back to its usual end-of-February schedule in 2021 and 2022.

Not that everyone is counting the days. “I like the idea of a shortened season,” says Stewart, who is still aiming to get some dresses from the runways to the red carpet in time. Welch is of the same mind, that when it comes to red-carpet season, like runway show season, sometimes less is more. “I love a shorter awards season,” she said. “It’s way too long to begin with!” 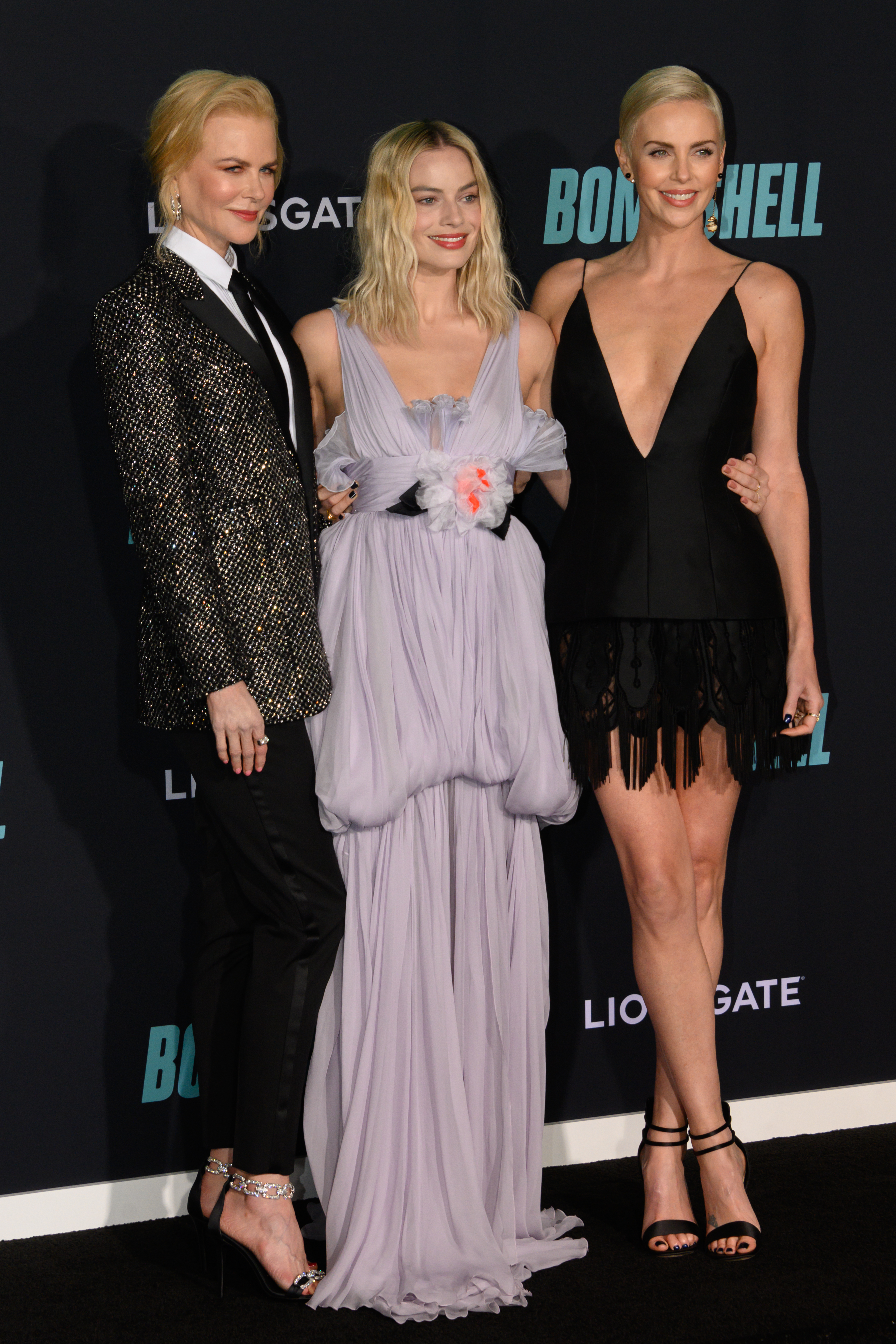