FNO Gets Thumbs Up Worldwide

Stores and city streets were packed with dressed-to-party teens and young women for the fourth annual Fashion’s Night Out. 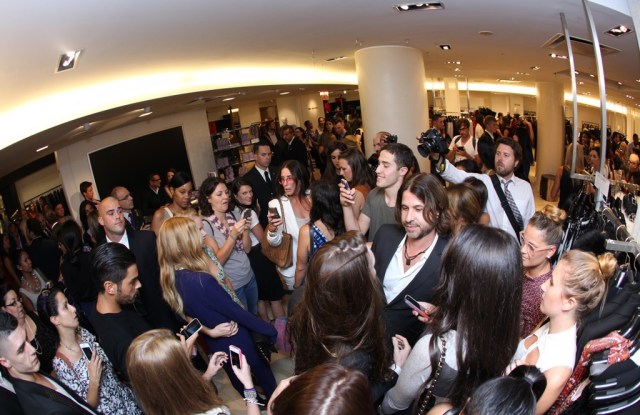 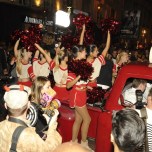 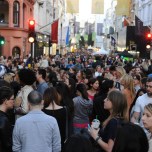 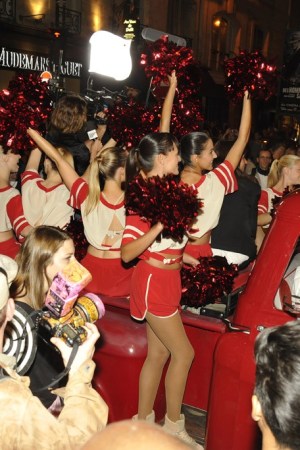 The Fashion Night Out scene in Paris. 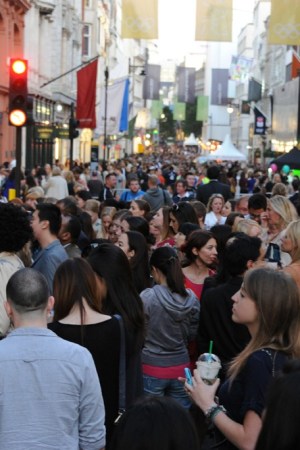 The Fashion Night Out scene in London.

Stores and city streets were packed with dressed-to-party teens and young women, making the fourth annual Fashion’s Night Out Thursday a success on that basis, according to retailers around the world.

The positive assessments were also based in several cases on lowered expectations for actual business being conducted. Retail executives have learned that the annual event is less about “ka-ching” and more about “let’s party,” and that the goal is to get people in the stores and exposed to the latest fall fashion. Executives queried Friday said they hoped many of those who availed themselves of the party favors and celebrity sightings come back soon to buy items that caught their eye. Many stores were so packed and noisy on FNO that even if customers wanted to, it was difficult to shop.

At the conclusion of each FNO, the question always arises: Will the event be staged next year? The response from retailers this time around was, for the most part, “We don’t know.”

“It was very exciting,” said Stephen I. Sadove, chairman and chief executive officer of Saks Inc., which featured the Blue Man Group, among other entertainers and designers. “We had a great crowd and lots of excitement. There was a buzz in the store. Again, it’s about getting people thinking about fashion. It was a full-price selling night. We were not doing deals. We were getting people exposed to designers and celebrities, and we had a huge number of both in the stores. The crowds were enormously eclectic — young people and old people — and a very fashionable crowd. It’s a great kickoff into fashion week and a very good start to the season. We are very happy to participate. Doing more or less sales, that’s not the point of it. We had thousands of people seeing the new, expanded shoe floor. It’s not about how we maximize commerce. If we were doing that, it would be a promotional night.”

“People love it,” added Ron Frasch, Saks’ vice chairman and chief merchandising officer. And if they don’t buy that night, “Hopefully, they come and see our store and come back.”

Stores do run into higher expenses on the evening, due to keeping stores open later than normal and the added manpower and cleanup costs. “The expense is not that bad. It really isn’t anything crazy,” Frasch said.

“The number of shoppers and their level of excitement at Macy’s Herald Square was just incredible,” said Jeff Gennette, the chief merchandising officer of Macy’s Inc. “New Yorkers were dressed and ready to shop.” He cited the flagship’s visit by Michael Kors. “With all of his fans, the world’s largest shoe floor was the only place that could accommodate the crowds.” Others visiting the store included Tommy Hilfiger, Rachel Roy and B. Michael. “Each year, Fashion’s Night Out grows its fan base, and we see the results in store,” Gennette said, noting that with FNO growing in popularity, Macy’s hosted the event in 11 stores in 10 cities, adding two more locations than a year ago.

FNO kicked off Bergdorf Goodman’s 111th-anniversary season celebration. “We had a steady stream of traffic throughout the evening, which made the crowds more manageable and conducive for shopping,” said Bergdorf’s president Joshua Schulman. “We enjoyed strong sales for the night, with our contemporary floor 5F, shoes, and handbags leading the way in sales.”

Among those who made appearances at Bergdorf’s were Anna Wintour and Victoria Beckham, along with Rachel Zoe, Gilles Mendel, Michael Bastian, Thakoon Panichgul, Naeem Khan, Prabal Gurung and Stacey Bendet, who signed Bergdorf’s new book, “Scatter My Ashes at Bergdorf Goodman.” The store also introduced its limited edition anniversary collection created by more than 100 designers, and Bergdorf’s partnered with Tumblr on the contemporary floor, to live-feed images on their Web site.

Tricia Lewis, director of digital media for the 34th Street Partnership, observed that on 34th Street, “We have such huge traffic normally, but FNO is a like a party on the street. People like to go from store to store and hang out and get drinks. This year, stores got smarter about their incentives. They did more gift-with-purchase.” They also kept the freebies at a controlled level but sufficient to motivate some shopping.

The reaction in other cities was also strong. “It was great,” said Carol Herman, buyer for the contemporary departments of husband Ron Herman’s four namesake stores in California. “We had a really nice turnout and people were actually shopping. We saw people we don’t usually see. Some of them were our customers, but most of them weren’t.” Herman said she doubted the new people would turn out to be Ron Herman shoppers. “We didn’t give any gifts. This was a night to purchase. We offered Champagne and beer and had great music.”

The Charlotte, N.C.-based Belk staged FNO parties in 40 stores, with Champagne and gifts. “It was okay,” said Kathryn Bufano, Belk’s president and chief merchandising officer. “It’s been successful for us.” She noted that Belk was a latecomer to FNO, participating last year for the first time. “It was getting so much press, we felt it was a disadvantage not to participate.” Asked how much business was conducted, her response was: “If the event didn’t happen, we could make up the business.” Belk is expecting its Girls Night Out private event next week to be much stronger. It’s been running for many years, and coordinates with Belk’s look book distribution.

Retailers in Milan, Paris and London generally were pleased as well.

Dimitri Marchesini, store manager at Missoni in Via Montenapoleone, said the evening’s special products — about 800 rings made by women in Mali — were a great success with shoppers. “Most of our sales last night were the rings,” he said, noting they were linked to the Edodé charity, which provides water to African villages.

A spokeswoman for Etro said the 95 cotton and silk scarves Veronica Etro designed for FNO sold out in about an hour. Similarly, at Roberto Cavalli, the 100 tote bags made especially for the event were gone in an hour. “We actually had to take some of them down from the window display,” a spokeswoman said.
Versace’s general sales were up compared to previous years, despite the brand’s lack of a special FNO product, the company said.

La Rinascente reported that the impact of the shopping extravaganza was positive in terms of sales and foot traffic.

In Paris, “FNO was successful at Givenchy,” said a spokesman. “The atmosphere with DJs Discodromo, who performed live, was really good. Doing it at our Saint Honoré store brought more traffic in the store than last year and enabled us to sell higher volumes.”

In London, generating good vibrations — rather than actual sales — was the priority. Various forms of entertainment and the prospect of free alcohol drew thousands to the West End. A spokeswoman for Mulberry, which cohosted the evening’s main event with Vogue, said the point of the evening was the party with Vogue and that sales were secondary.

Asked about sales on the night, Jace Tyrrell, a spokesman for the New West End Co., which represents businesses around Oxford Circus, Regent Street and New Bond Street said: “There were hundreds of thousands of shoppers across Bond Street, Oxford Street and Regent Street soaking up all the atmosphere and buying up new season collections. The Bond Street traffic-free event and the launch party at Mulberry proved a major draw with double-digit increases in footfall against last year.” He didn’t offer any specifics on actual sales.

Ed Burstell, the managing director of Liberty, said sales were up 12 percent on last year. “Besides the usual DJ and drinks, we decided to up the fun factor this year and we held a full-on carnival.”

Roksanda Ilincic and Jonathan Saunders were on hand, while Manolo Blahnik made a surprise visit, sparking screams and cries from the crowds. Among the best sellers were ladies’ denim, contemporary ready-to-wear, designer jewelry and footwear. “There was a huge uplift in beauty, too. But this was a ladies-only event — men’s tanked,” he said.