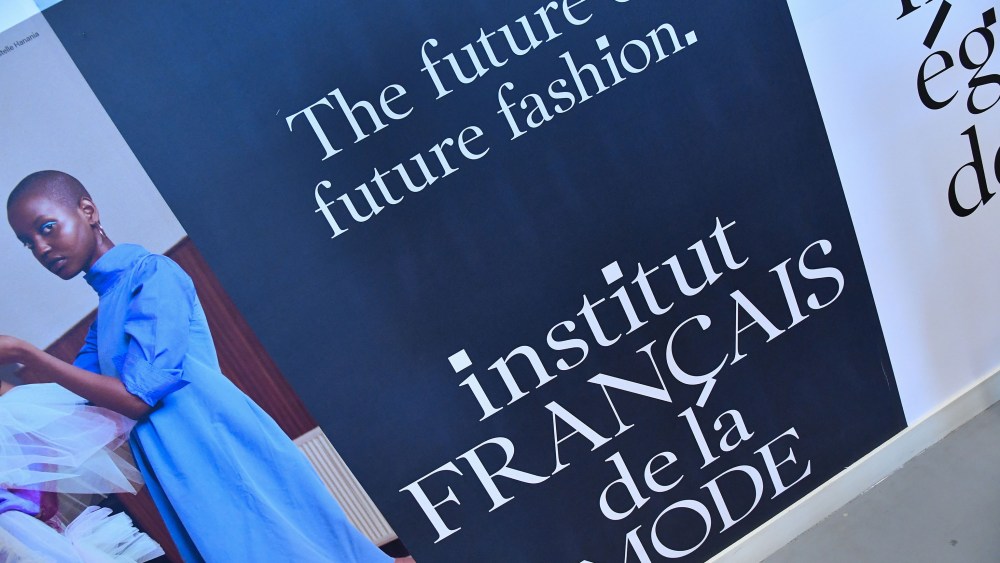 PARIS — France on Tuesday inaugurated what it boldly dubbed “the world’s best fashion school” in a bid to become a magnet for global creative talent, with an academic institution to match its economic status as the worldwide leader in luxury fashion.

Touting the sector as the global leader in its field, the minister drew a parallel with the tech industry, dubbing French luxury firms “the new GAFA we call KOL: Kering, L’Oréal, Louis Vuitton.”

He was speaking at a thronged ceremony at the IFM headquarters inside the Cité de la mode et du design, a striking contemporary building on the banks of the Seine, where Le Maire and Culture Minister Franck Riester had just inked a new three-year government pact to support the fashion industry.

Ralph Toledano, president of the federation, noted that the members of its executive committee — representing the country’s top luxury brands — had long lamented that France’s reputation as a hub of creativity did not match its prestige in terms of product quality and management skills.

“It seemed to go without saying that the world’s best design school should, must, will have to be in Paris,” he said.

French fashion generated revenues of 154 billion euros in 2016, directly employing more than 600,000 people, according to a recent IFM study. Taking into account its direct and indirect impact on the French economy, the industry accounted for an estimated 3.1 percent of gross domestic product, the report found.

LVMH Moët Hennessy Louis Vuitton, the global leader in personal luxury goods, accounted for 11 percent of total sales and more than a quarter of total reported profits of the world’s top 100 luxury brands in 2016, according to the most recent “Global Powers of Luxury Goods” report by consultancy Deloitte.

The sector agreement signed with the government on Tuesday focuses on four areas of development: training and education; strengthening industrial capacity and the supply network; supporting emerging brands and sustainable development.

Ralph Toledano, who is not related to Sidney, underlined fashion’s role as an ambassador for French industrial excellence overseas.

“It’s a fact. When you travel, people don’t talk to you about the Eurostar or nuclear energy — they bring up fashion brands. French fashion best represents the country worldwide, and entices foreigners to come to Paris,” he said. “And it is through education and training, and the transmission of knowledge and knowhow, that our sector will continue to shine across the world.”

Founded in 1986 by entrepreneur Pierre Bergé, Yves Saint’s Laurent’s business partner, the IFM has produced designers such as Guillaume Henry and Nadège Vanhee-Cybulski, though it is mainly known for churning out world-class managers who have filled the ranks of leading luxury groups.

Famous alumni of the ECSCP include Karl Lagerfeld, Valentino Garavani, Saint Laurent, André Courrèges, Issey Miyake and Tomas Maier, though in recent decades it has been overtaken by overseas competitors such as London’s Central Saint Martins and the Royal Academy of Fine Arts in Antwerp.

“The main goal of the new IFM school lies in its creative programs,” Sylvie Ebel, executive director of the school, told a press conference. “That’s where the real challenge lies.”

The courses will initially be taught in a temporary space, pending the completion of expanded premises, stretching over 8,000 square meters (or around 86,000 square feet) in IFM’s current building. Construction is due to be completed for the September 2020 class.

Prior to the merger, the IFM focused on postgraduate degrees in fashion management, while future fashion designers turned to the ECSCP for vocational and graduate training in fashion design and pattern making.

By bringing the two schools together, the new IFM will cater to all levels of fashion education, from vocational training to Ph.D. level. The merged institutions currently total 750 students: 200 at the former IFM, which only offered postgraduate degrees, and 550 at the ECSCP.

By September 2022, the merged fashion school aims to attract a total of 1,000 students, including 300 following an apprenticeship program. The new IFM will also house seminars and training programs for 3,000 adult learners.

“The aim is to bring management, design and craftsmanship under the same roof,” said Hans de Foer, who co-directs the creative programs at the new IFM alongside Céline Toledano. Signaling its new start, the IFM on Tuesday unveiled a new logo and new web site.

To spearhead the Bachelor of Arts in Fashion Design, the school has tapped two former teachers of La Cambre fashion school in Brussels, Thierry Rondenet and Hervé Yvrenogeau. It will debut with 100 students in September 2019, but will be able to train 300 students yearly once the merger is complete in 2020.

Applications are currently open for the first round of the selection process, requiring aspiring students to send in their portfolios to be evaluated by a jury. Those selected will be invited for an interview and creative tests aimed at revealing their personality, rather than assessing their existing fashion skills.

However, the school wants to take a more democratic approach than some of its competitors.

“We’re not here to train just creative directors,” said Yvrenogeau, who alongside Rondenet heads the design studio at Lanvin on an interim basis, as the house awaits the arrival of a new creative director. “There are tons of other spots to fill within the fashion industry.”

Diversity is another key point, with the launch of the IFM Foundation, presided by Chanel’s Pavlovsky, whose main mission is to provide need-based scholarships for students and finance research and educational innovation through donations from companies, alumni and other individuals.

Looking to open the school’s doors even wider, the new IFM plans to scout talent via a partnership with Casa 93, a fashion school based in the Paris suburb of Saint-Ouen that offers free training and mentoring to students who don’t feel welcome in higher fashion education.

“There is a lot of self-censorship,” said Ebel. “Some young creatives assume traditional fashion training isn’t for them and don’t even look into the finance schemes to see what could work out for them. The idea is to help anyone who has real talent to follow the program.”

Come 2020, lessons will be held in studios and classrooms located on the first floor of the revamped Cité de la Mode, to which will be added a DIY workshop, a fab lab offering digital fabrication, and a monumental main hall, where the school plans to organize events and exhibitions open to the public.

Open spaces will dot the building, allowing for collaborative work. Transparent glass walls will separate the classrooms, “so that the management students can see what is going on in the ateliers”, explained Rondenet. “We want to train everyone together, creating a toolbox of talents.”

The last remaining task is to build the team that will mentor these creative minds. The school plans to tap its connections to recruit industry insiders to join its team of professors. Sustainability, fashion tech and AI will all be addressed in the new program.

“We can’t be the best school in the world if we are not the school of the future,” said Ebel. “We’re pushed into these pathways by the students themselves: nearly all their applications mention sustainability, but also the digital aspect — all the subjects that mean that the sector constantly needs to question itself.”