5 Stars Who Jumped From Fashion to Film

The journey from one glamour biz to another is by no means a short—or guaranteed—trip. 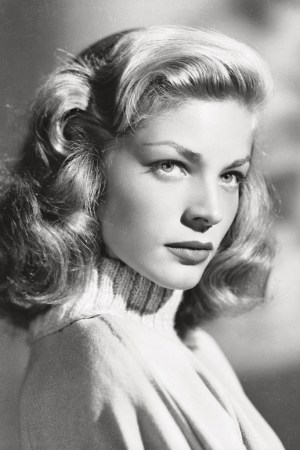 The journey from one glamour biz to another is by no means a short—or guaranteed—trip. Tom Ford, with his Oscar-winning film A Single Man, is one of the more recent transplants to move from design studio to film studio, and legions of models have taken a turn on celluloid. Here are five more from the ranks of fashion who made the leap quite successfully to Hollywood.

Lauren Bacall
The effortlessly chic star who taught a generation how to whistle started as a house model in New York’s Garment Center in the Forties. Her first job was as a showroom model for a dress company owned by Stephen Sondheim’s father. Despite characterizing herself to WWD as “a terrible model—I was terrified and bony,” Lauren Bacall appeared on the cover of Harper’s Bazaar in 1943, caught Hollywood’s eye and never looked back.

When she died last year at age 89, designers remembered her exquisite taste, noting the understated elegance she exuded on-screen was the real deal. “Maybe it’s just a holdover from my modeling days, when I had to dress to the nines whether I felt like it or not,” she said after becoming a bona fide star, “but I just don’t like to doll up for my own admiration.”

Halle Berry
Academy Award winner, Bond Girl, beauty queen—Halle Berry was even named after a department store, Halle Brothers, in her hometown of Cleveland. After winning beauty pageants (Miss Teen All-American, Miss Ohio USA), she became a model in Chicago, pursued acting in New York and broke into Hollywood in Spike Lee’s 1991 Jungle Fever. Her Oscar, for 2001’s Monster’s Ball, remains the only one for Best Performance by an Actress in a Leading Role awarded to an African-American.

Although she was once quoted that modeling was only a “stepping stone” to acting, she’s kept ties to fashion—fronting for Revlon and Versace, developing fragrances with Coty and last year launching Scandale, a lingerie line, at Target. Calling her own fashion  tastes “pretty simple,” she said, “I try not to ever overdo it. You won’t see me over-jeweled or overdressed. That’s really not my style.”

Charlize Theron
The South Africa native won a local modeling contest at age 16 that took her to Milan. Charlize Theron spent a few years strutting the catwalks throughout Europe before making her way to the States in pursuit of a ballet career, which was thwarted by a knee injury. So she continued west to Hollywood and broke into films in 1995.

She once was quoted as saying, “I’m 50-50 on glamour stuff. I’d rather put on a pair of jeans and get on my Harley and act like a guy”—but make no mistake: she works the glam angle, too, and quite successfully. She has been an ambassador for Dior and the face of its J’adore fragrance since 2004.

Her relationship with fashion is more about “what I really need” than excess, she noted. While discussing Dior, she told WWD in August, “There are very, very few brands that will be brave enough to really, completely take a step back and not to try and control what is considered beautiful…[If you want to] ask the question ‘what is beautiful?’ it’s the life that you lead. It’s the life that all women lead.”

Joel Schumacher
Before he headed west to become the hot director of such films as St. Elmo’s Fire, Batman Forever and The Phantom of the Opera, Joel Schumacher was very East Coast. The native New Yorker was a window dresser at Macy’s, Lord & Taylor, Saks Fifth Avenue, Henri Bendel and designed clothing for the Paraphernalia boutique along with Betsey Johnson in the Sixties, then relocated to Hollywood and became a costume designer in the Seventies.

“I always made money with my eye,” Schumacher said. “You know, people always thought I had style. The difference then was you couldn’t buy style the way you can today, especially men’s clothes. There was a small group of people in New York who had style, but we all knew each other and we all were sort of cheerleaders for each other.

“I actually never really liked fashion,” he added. “I wanted to be in movies since I was seven.”

In Hollywood, in 1971, he interviewed for a job on an indie film called Play It As It Lays. “I wanted to be a production assistant so badly, but the director said, ‘We need a cheap costume designer and we can pay $200 a week,’ so I did it. I’m a street kid, I knew how to take care of myself.”

In fact, it was his experience in set and costume design that eventually earned him the director’s chair for the coveted and highly stylized Batman franchise.

Fashion, he said, “Is an art form, it’s just not as much fun as making a movie. I was not a genius in fashion, and I’m probably not in film, either. Film is the one medium that combines all the arts in one product and which you hope you have done artfully. Sometimes you do and sometimes you don’t. God, I’ve been lucky, but we can’t get it right every time.”

Ali MacGraw
Think of Ali MacGraw and it inevitably conjures images of preppy chic, bohemian prints and the knit cloche from 1970’s Love Story. The movie that catapulted prep-school style from Ivy campuses into the mainstream was MacGraw’s big movie breakthrough, but she got her start in 1960 in fashion as an assistant to Diana Vreeland at Harper’s Bazaar, then worked briefly as a fashion model, and at Vogue as a photographer’s stylist.

“You know, the fashion business is this legendary repository of young girls on their way to getting husbands,” she once said. “I really wanted to work.”

After appearing in several fashion ads, she found her way to Hollywood, where the looks she wore on-screen became instant trends.

“She exemplified this great American style,” Calvin Klein told Vanity Fair in 2010. “In the beginning, there was that rich-hippie period. But it went beyond that, and her style put her among the greats: Katharine Hepburn, Jackie Onassis, C.Z. Guest, Babe Paley.”