This year's show featured performances from Selena Gomez, The Weeknd and Ellie Goulding. 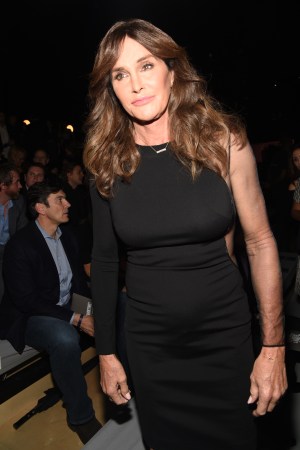 It may be the 20th anniversary of the Victoria’s Secret fashion show, but on the pink carpet rolled out in front of the Lexington Avenue Armory, where the show was being filmed on Tuesday night, the newest Angels were the topic of conversation. “It’s exciting because it’s Kendall’s first time,” said Caroline Vreeland, referring of course to the Jenner offspring. While the rest of the Kardashian-Jenner clan skipped the step and repeat (save for Kylie’s boyfriend, Tyga, if he counts), it was a family affair for Kendall’s pal Gigi Hadid, whose casting was first revealed on Instagram—and has since been viewed 445,000 times.

“It was probably one of the highlights of a mother’s life, obviously. Watching the video, was just, oh my god, I watched it a hundred times and I keep crying every time I see it because her reaction is just so sweet,” said mom Yolanda Foster. “And she worked really hard, this didn’t just fall into her lap. She’s missed it twice, this was her third try and she got a spot that millions and millions of beautiful women deserve as much as she does. My advice at this point was to just be yourself and enjoy the moment.”

One person that helped her work hard was Ballet Beautiful founder Mary Helen Bowers. “We just started working together a couple weeks ago; she’s super excited,” said the trainer, who added lunges were the focus for Hadid. “Everyone wants to lift their booty, tone the legs, get that nice definition to the abs without getting too much muscle. So just getting them in that toned but still super sexy physique.”

Performers Selena Gomez and Ellie Goulding, in Versace, shimmied past the press line to get to a photocall on time. “Sorry, sorry, sorry!” said Gomez, photobombing someone’s selfie. Presumably they didn’t mind.

Meanwhile, the men in attendance seemed to take the pink carpet even more seriously than the women. Questlove, who was DJing the afterparty, wore pink Nike sneakers, while Nick Cannon and Tyson Beckford arrived in magenta suits. “I had this made about two days ago,” said Beckford, of his Alexander Nash getup. Matt Harvey, 26-year-old pitcher for the Mets, who lost the World Series a little over a week ago, was “having some fun” in a black brocade Versace suit. “It definitely hasn’t sunk in, but I think we’re all taking a couple weeks to relax,” he said, of the team’s loss. Though he’s recently been linked to model Devon Windsor, when asked if he was there to support any Angel in particular he demurred: “No, not at all, I’m here to have fun and enjoy the night.”

Leigh Lezark, Dylan Penn, and Adrien Grenier arrived late and hustled to get to their seats on time. “I’m excited to see my friends Lily [Aldridge] and Behati [Prinsloo] who are walking,” said Harley Viera Newton on her way inside. “I feel anxious as if I’m walking but really I’m just nervous for my friends. I’m like, don’t fall!”