Enfants Riches Déprimés Designer on His New Gig: Directing Videos for Future’s ‘Save Me’

Future and Enfants Riches Déprimés collaborate on videos for "Save Me."

Furthering the trend of the multidisciplinarian, Los Angeles-based Enfants Riches Déprimés designer-artist Henri Levy has dipped his toe into music, directing seven new videos for Future’s new EP, “Save Me.”

Shot in L.A., the low-fi-looking videos bring to life Levy’s deconstructed punk aesthetic, from the new and vintage Enfants Riches Déprimés  collection pieces worn by Future and models, to the abstract paintings and black-and-white photos on the walls, all Levy’s own work.

The designer launched his label (which translates to “depressed rich kids”) in L.A. in 2012. His vintage-inspired Ts, hoodies and leather jackets featuring DIY details or graphics riffing on logos for Parliament Lights and Swiss boarding school Le Rosey made fans of Jared Leto, Justin Bieber, Courtney Love, Miley Cyrus, Zayn Malik and Demi Lovato, with whom he’s been romantically linked. Through the seasons, he’s referenced art with Rauschenberg-style graphics and Kandinsky-inspired checkers on increasingly tailored pieces, while also creating some items of questionable taste, including a $7,000 cashmere noose and a Menendez brothers’ murder trial hoodie. 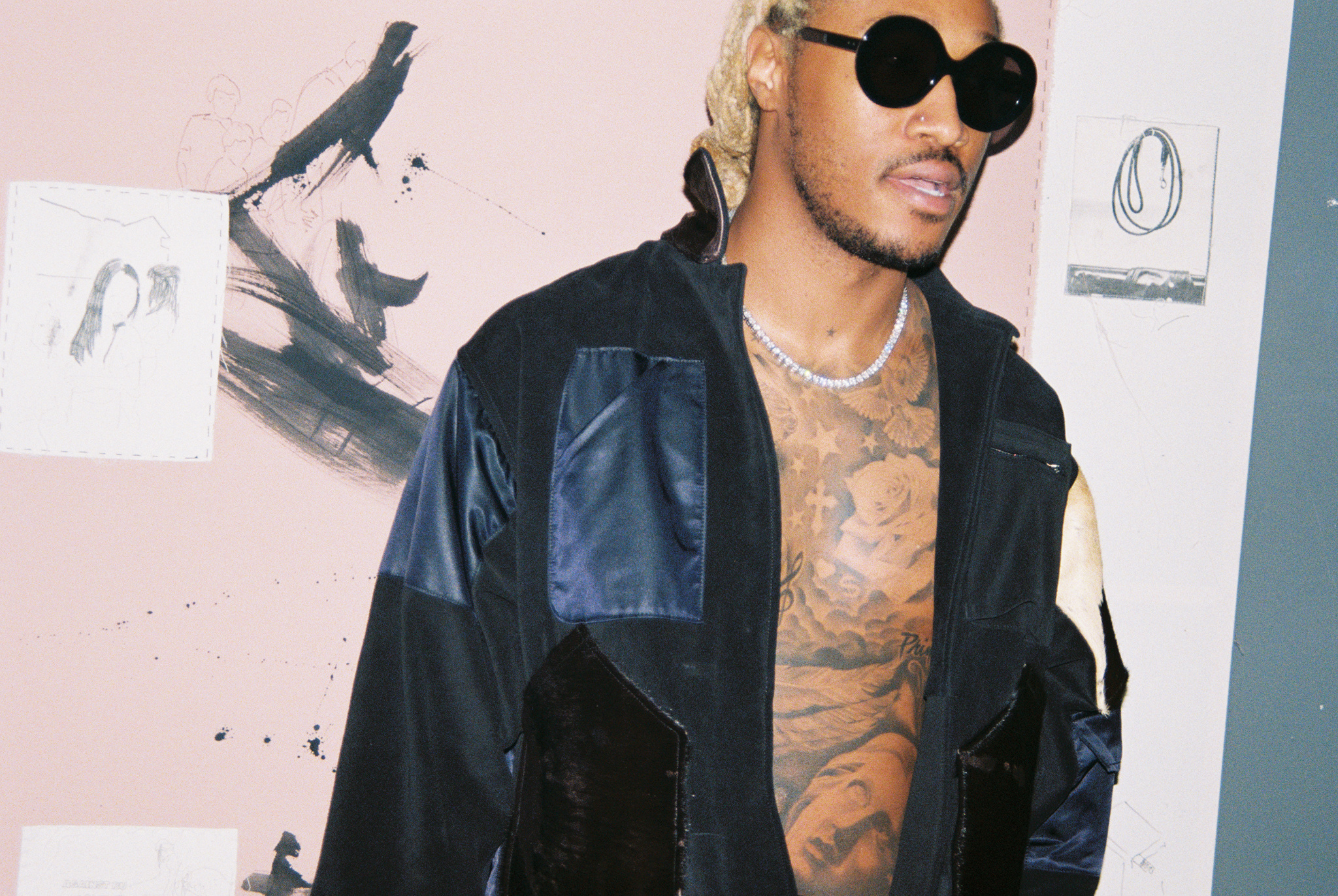 Levy met Future in Paris in 2016 and dressed him soon after for Coachella. The rapper initially approached him to design the cover art of his new EP, which tackles issues of womanizing, substance abuse and sobriety in songs “Government Official,” “Love Thy Enemies,” and “Xanax Damage.” But after the two started brainstorming, they came up with the idea to do a bigger project.

“A lot of videos can get ruined by the wrong jacket. I wanted to treat it like the editorial and video work of my brand,” Levy said, explaining that the spare white spaces, black-and-white photos and old VHS and cassette tapes are part of his own aesthetic. “I didn’t want anything to look too slick.” 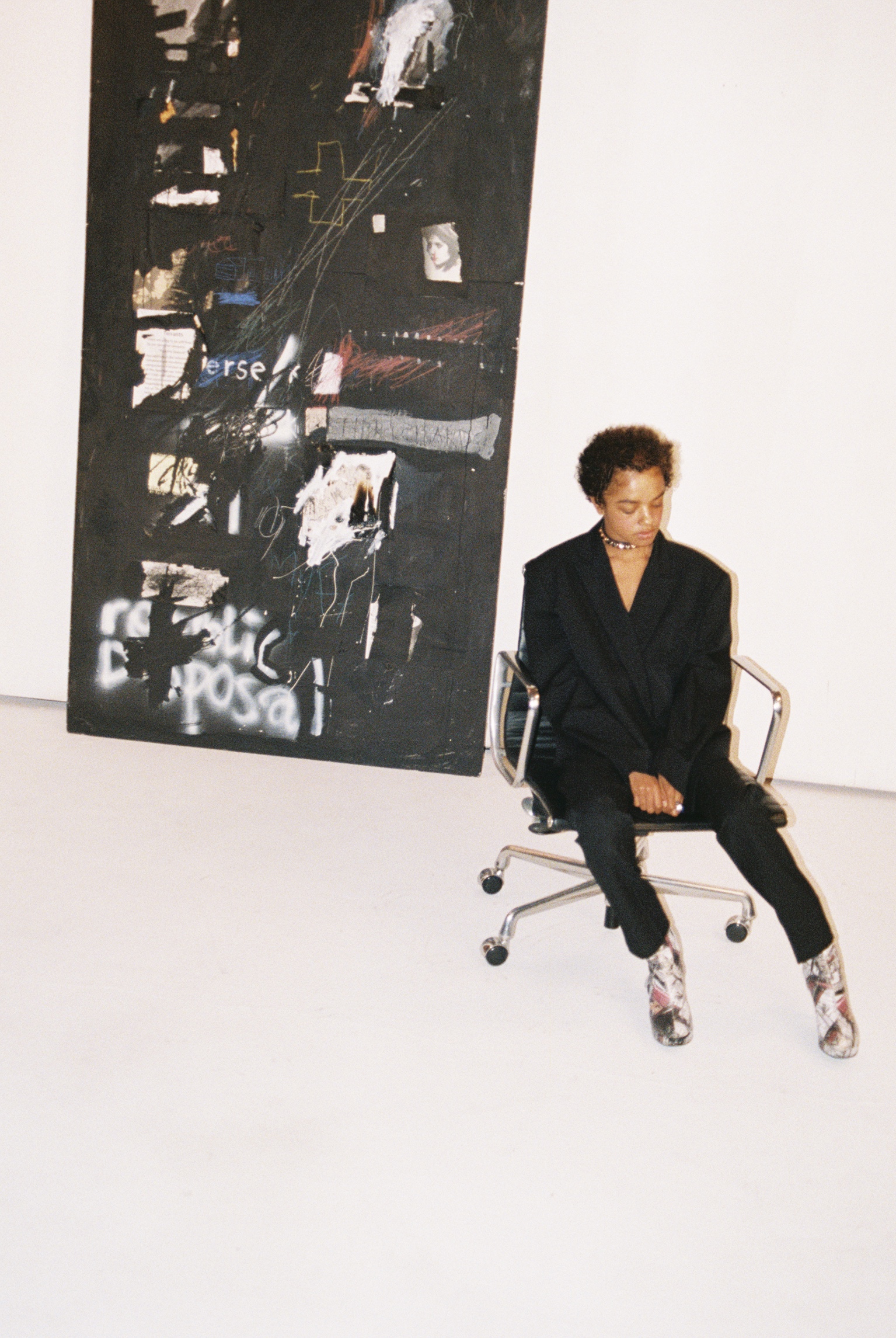 That extended to the clothing, too. “Future doesn’t need to be wearing random luxury brands and jewelry and posing in front of a Ferrari. I wanted to put him in beat-up railroad overalls in front of abstract expressionist pieces. I think there is a certain naïve aspect to what he does. He’s like the Jean Dubuffet of rap, and there is an element of not giving a f–k that makes what he does so great. I like the idea of pairing what he does with my artwork,” said the designer, who attended UCLA art school.

Future and the models wear some pieces from past collections, and some samples from the upcoming fall 2020 collection that will be presented in the showroom during Paris Men’s Fashion Week. There is oversize suiting for men and women, including a long white blazer with “naïve art-inspired embroidery,” black nylon track jackets, graphic Ts, and one of those Menendez brothers hoodies.

“Each video had a different vibe. With the ‘Xanax’ video, I was referencing Keith Richards with the florals, and kept it consistent with the leather jackets and chokers. Another video is at a monster truck rally, and is more…post-punk, New Wave Nineties, redneck. At one shoot, the boots I was wearing worked better with Future’s outfit, so we swapped.”

Levy works between Los Angeles and Paris, where he’s been building a store in the Marais area he says is “about 60 percent done.” He has produced several fashion films featuring his collection in the past, as well as publishing a compilation on paper called “Reverse Keith Richards.” 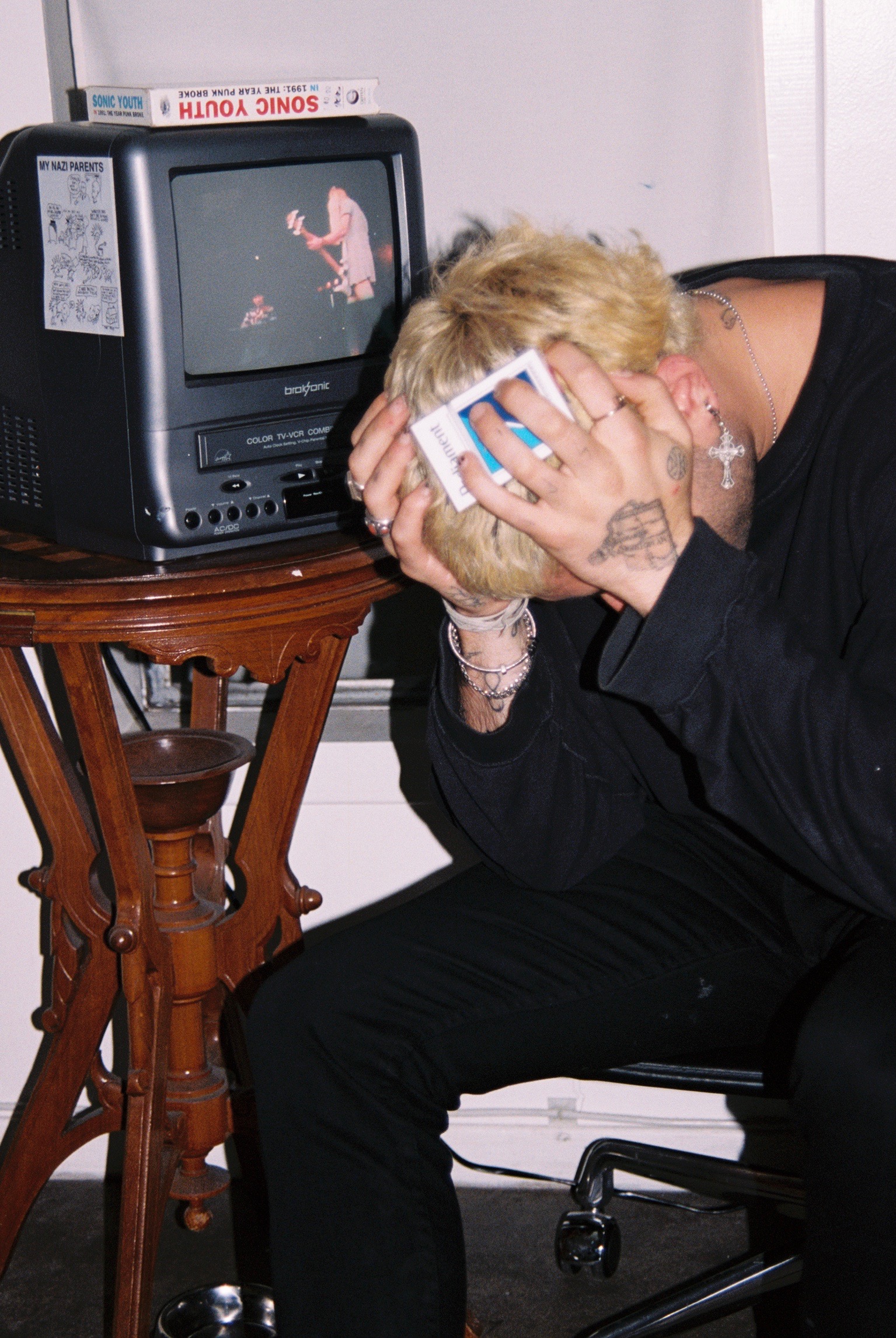 He had a pop-up in Maxfield’s Melrose Avenue gallery space in the summer of 2017, painting the exterior “puke” yellow, and had been doing runway shows in Paris, though he won’t have one this season, explaining, “Creative directing this project took some time.”

On the subject of designers being multidisciplinary, he added, “I think it’s necessary. From the start, I always did my own graphics. I learned over time to take photos.…A lot of people think you can take someone’s art and slap it on a parka. For me, that’s not enough originality. That said, I think it’s important to establish a distinction between art and fashion. While art can influence fashion and the color story, graphics and vibe, if a piece doesn’t fit right and look good on, it’s a failure….If it’s not making you feel skinny, it’s not successful.” 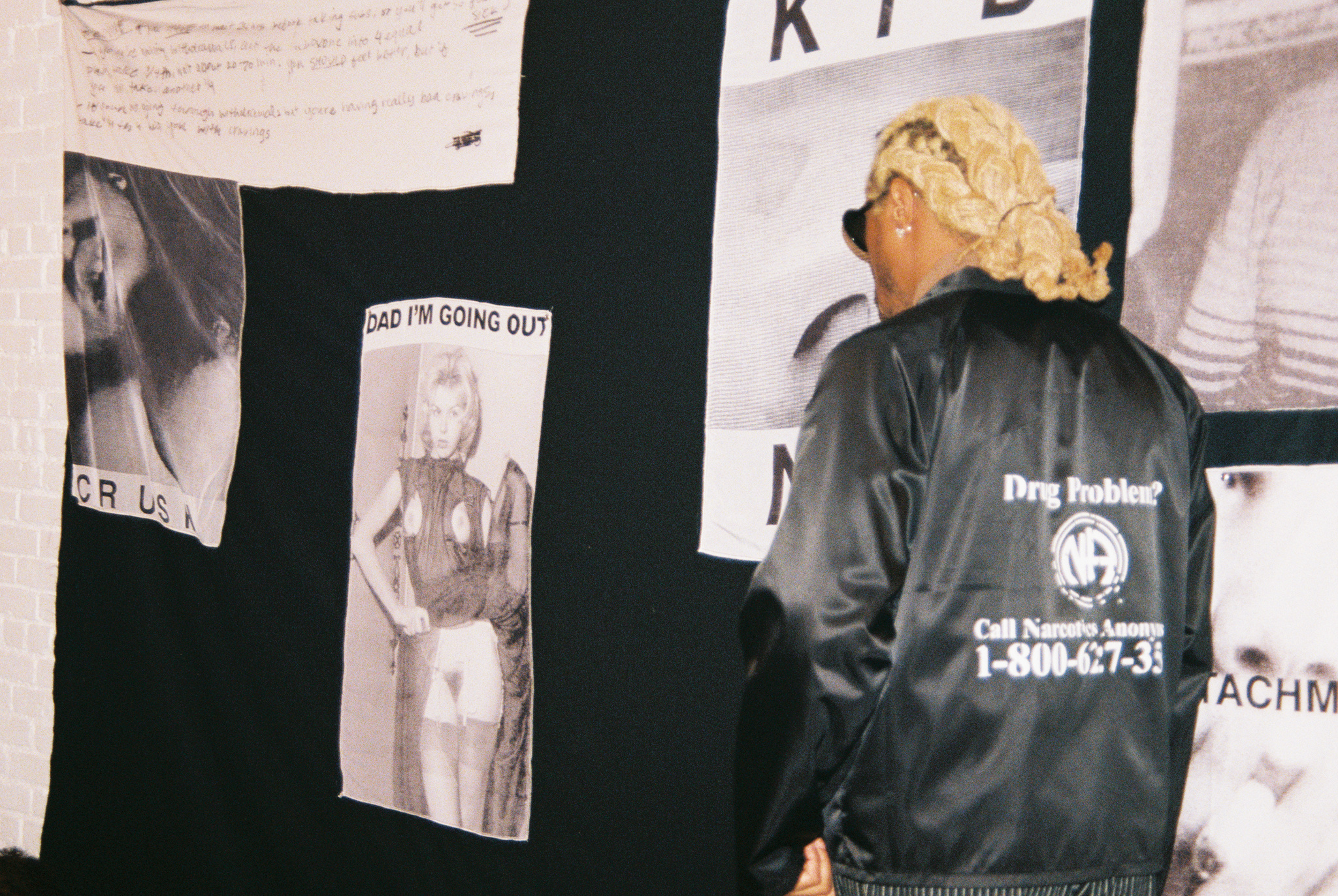 Future and Enfants Riches Déprimés collaborate on videos for “Save Me.”