Woolmark's U.S. regional winners will go on to compete in the international finals. 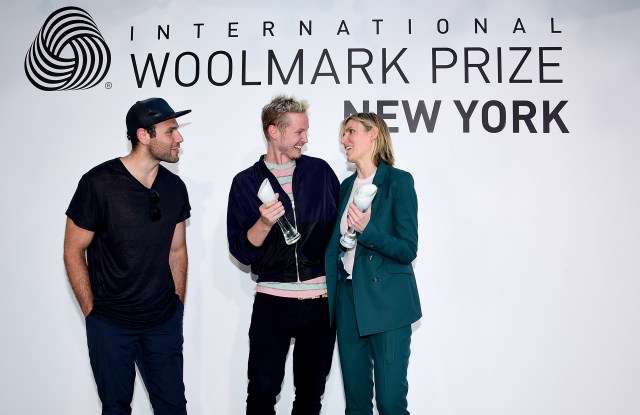 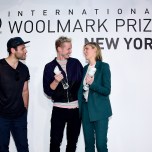 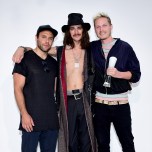 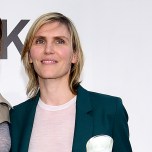 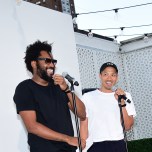 Gabriela Hearst, who was named the Woolmark Prize USA regional winner for women’s wear Tuesday night, had a distinct advantage.

“I am a sixth generation merino producer. Wool is in my blood,” said Hearst, who grew up on a ranch in Uruguay that specializes in merino wool and organic cattle. “I’ve been designing for 12 years and always design in wool. It’s always part of the materials,” she said.

The winners, who will receive 50,000 Australian dollars, or $37,394, were recognized for their innovative use of  merino wool at an event at La Sirena in New York. They will go on to compete in the international finals next year.

Hearst’s winning design was an ultrasoft and lightweight turtleneck made of a Cariaggi yarn that was 14-microns (superthin) and featured a herringbone stitch on the sleeve, and a reversible “canvas” and “denim” trenchcoat made entirely of merino wool. Hearst said she wanted to showcase how ultralight, sophisticated and luxurious wool can be and wanted to challenge the preconception that “wool is itchy.”

She launched her luxury namesake brand five seasons ago and sells 50 doors worldwide. Fifty-two percent of her business is international. “I take a global perspective,” said Hearst. “It’s very important for me that I’m representing America,” said Hearst, who on Tuesday took her biometrics (fingerprints and interview) for her U.S. citizenship. Her children are American citizens. Between that and her Woolmark victory, it was quite a day.

In revealing the men’s wear winner, Dao-Yi Chow, co-creative director and cofounder of Public School, co-creative director of DKNY, and one of the judges, said, “After a seven-hour deliberation, it was a really hard choice. We really enjoyed being on the other side, instead of being judged.”

In accepting their award, Rochambeau’s Cooper said, “Our inspiration is the city that we’re in. We cannot wait to get on the international stage and win this for everyone.”

The Rochambeau designers were inspired by New York, and especially post-9/11, and the movement of artists that came to define New York in the aftermath of the crisis. Their winning design was boxers under full-length pants, a layered waistcoat (that looked like leather) and a jacket, all made entirely of wool.

Cooper said the competition “gave us the opportunity push the creative boundaries and allowed us to go for it.” Their post-9/11 New York design reflected “a very dark time for the city,” he said. He said they were inspired by photographers like Ryan McGinley and artists like Dash Snow, who documents the decadent lifestyle of a group of New York artists and their friends. “Its almost like rock ’n’ roll to us, seeing downtown kids and being outlaws, graffiti writers and living a crazy lifestyle that doesn’t necessarily end well. It was the rock ’n’ roll lifestyle that really attracted us to what they were doing,” said Chandler. He said they made a leather motorcycle vest that looked like leather, using a heavy wax treatment.

Asked how they planned to celebrate their victory, Cooper said they needed to go to bed early because at 7 a.m. on Wednesday, they would be presenting to the Vogue Fashion Fund, where they are finalists for that award. “We’ve been walking around drinking club sodas with lemon. We have to prep for tomorrow. The celebration is postponed for now,” said Cooper.

The win is especially sweet for the designers since neither one is formally trained in fashion.

Chandler described their target customer as someone who doesn’t seek the limelight. “The Rochambeau guy is noticed and is well-dressed, but not necessarily the center of attention, except for this,” he said, pointing to his model in the winning look.

Gilhart said the contestants were all really good and had great presentations. As for Hearst, she said, “She grew up with wool on a sheep farm,” and knows more about wool than anyone. “She understands it from sheep to shelf.” She called the Rochambeau designers “a blend of innovation, street, attitude and effective design and currency. It had the spirit of the moment.”

Lee, head of Americas for Woolmark, called the judging very tough. “The caliber this year was outstanding and it was an extremely difficult decision. Each designer brought such a unique interpretation to merino wool. There were elements of each designer that I love,” she said.

She said  Hearst “embodies the wool grower because she is a wool grower herself.” Lee said she used such lightweight fabrics, and had a reversible trenchcoat “that was so beautiful and so lightweight. It’s about challenging the usual perceptions of wool, and bringing out the unexpected.”

The 12 regional winners from the U.S., Hong Kong, Sydney, London, Milan and Mumbai, will compete next year in the international finals. Each winner of the men’s wear and women’s wear International Woolmark prize will receive 100,000 Australian dollars, or $74,797  to assist with fabric sourcing and marketing of their collections and mentoring from industry experts. In addition, the women’s wear and men’s wear winners will have their collections distributed through Harvey Nichols in the U.K., David Jones in Australia, Boutique 1 in the United Arab Emirates, Verso in Belgium, Leclaireur in Paris, Boon the Shop in South Korea, The Papillon in Indonesia and online through mytheresa.com (women’s wear) and Matchesfashion.com (men’s wear).