‘Cheese and Speedos’ at Twist for Loewe in Miami

Will Central Group Buy Selfridges, and for How Much?

LONDON — Gauge 81 launched in the market less than a year ago, and immediately became popular with retailers with its formula of minimalist, well-priced eveningwear.

Within its first two seasons, the brand picked up partners such as Net-a-porter, Shopbop, Ssense, Moda Operandi, Brown’s and Bergdorf Goodman.

Its success is partly due to the Dutch-based Parrot showroom, which has been behind many a retail hit in the past few years, including the printed dress label Bernadette, buzzy accessories brand Wandler and Kassl, which is known for its sleek outerwear.

Gauge 81’s designer Monika Silva, who hails from Colombia and has more than a decade’s experience in knitwear, worked with Bart Ramakers of Parrot to form a creative collective behind the brand. It includes Vogue Netherlands contributor and consultant Gijsje Ribbens and the knitwear designer Fira Rietveld, who cut her teeth at The Row and Calvin Klein.

They Are Wearing: Art Basel Miami 2021

“Bart has a lot of input and is very tapped into the market, so in terms of the brand’s concept, we were able to put together a good mix of different backgrounds and tastes,” said Silva, pointing to Gauge 81’s aim to offer fuss-free pieces that can be styled for day and evening.

“There’s an opportunity here in terms of clean and feminine eveningwear options that are not easy to find. What we really wanted was minimal shapes, without the ruffles or the flowers, offered at an interesting price point that could bridge the day-to-eveningwear category.”

There are plenty of classics in the brand’s collections, ranging from little black dresses to argyle knits, white shirts and roomy suits. They’re all given a twist with touches of trendy neon hues, oversize silhouettes and unexpected cuts.

The more fashion-forward customers were quick to veer toward the trenchcoats and oversize pieces, with many a beige suit by the brand spotted on the streets this past fashion season.

According to Silva, clients are also showing an appetite for the more daring, sexy pieces and the brand’s aim is to bring those two worlds together: “There’s a touch of tackiness, but made classy — we want to marry the two,” added Silva, pointing to the Nineties-inspired miniskirts, bralettes or sheer shirts in the latest range.

“You know it’s a good price when retailers ask whether this is retail or wholesale,” said Silva.

Having already built a strong network of retail partners, the brand said it wants to focus on solidifying its presence with those retailers and delivering high sell-throughs. 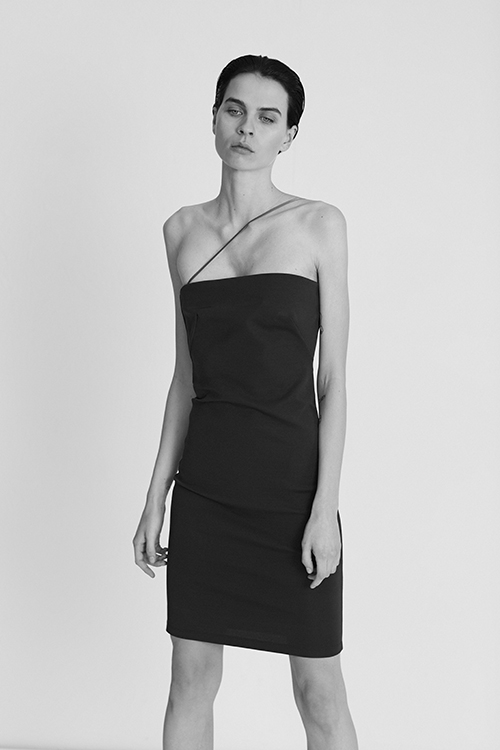