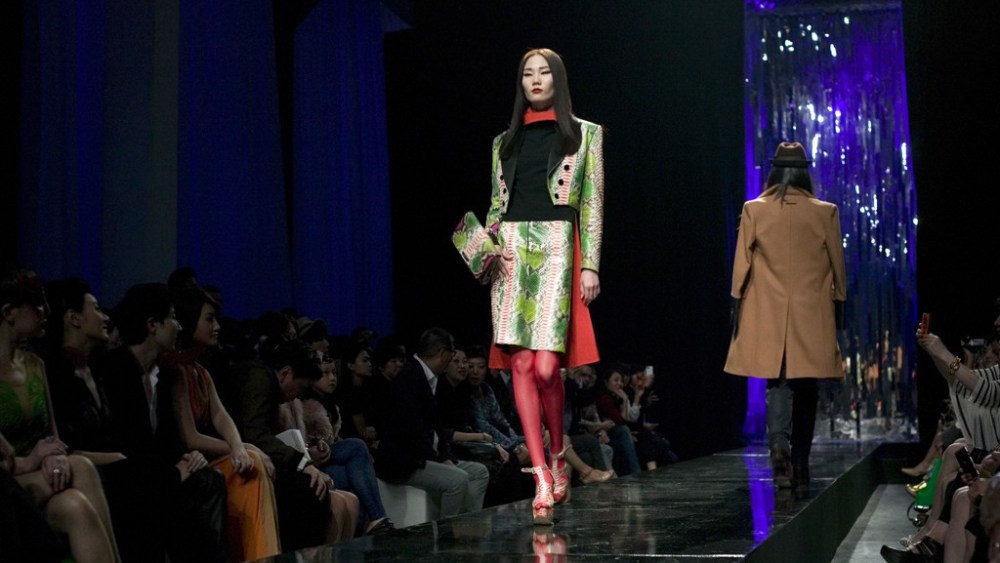 BEIJING — Jean Paul Gaultier just made his first trip to the Chinese capital to host a fashion show of his fall women’s and men’s ready-to-wear and couture collections.

The crowd was clearly about Gaultier’s style. There were enough striped bodies to command a naval ship, and enough kilts to start a ceilidh. And in a city that doesn’t usually condone homosexuality, and certainly never dressing up in drag, all persuasions appeared to be proudly and glamorously represented.

Two weeks after Gaultier’s 60th birthday and almost 40 years into his career, Gaultier’s visit to Beijing prompted numerous questions relating to his age. Yet the “enfant terrible” seemed unperturbed by the constant reminders of his seniority.

“I don’t feel anything has changed but the color of my hair. I always have the same passion in my work, which I love,” he said. “I’m very lucky because I’m doing the profession I have wanted to do since I was a child.”

The designer gave no sign that he’s considering retirement; instead, he was eager to talk about his plans for the future. Dressed casually in cargo pants and a T-shirt a day before the Beijing show, he talked animatedly. At the mention of Madonna, his enthusiasm doubled.

“It’s like a love story that goes on. I love her and admire her,” he said. “I think she’s a genius. She definitely has a real sense of fashion.”

The two are collaborating on the star’s upcoming tour, MDNA, which kicks off at the end of May. He declined to reveal any details about what he was designing, saying only that it would be seen on Madonna and her dancers in a section of the concert.

Straight after Beijing, it was off to Cannes to join the judging panel of the film festival. And what will his input be?

“Image is important for me. If I have to fight, I think I will not fight, but I think if I have to defend, it will be about the image,” he said.