Karl Lagerfeld reaps what he sows. 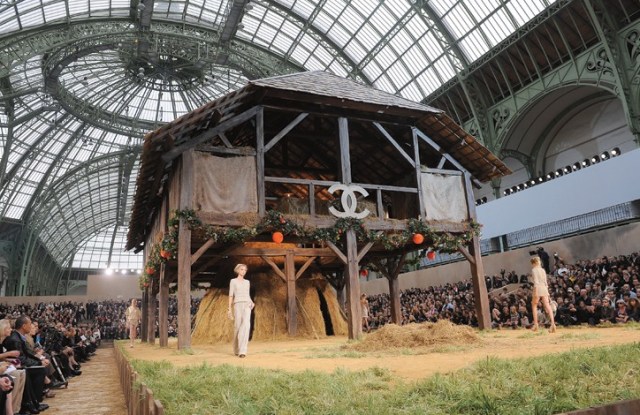 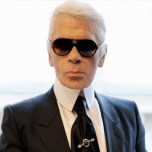 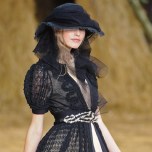 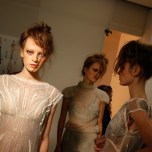 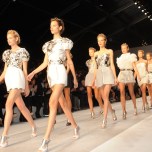 “You know, in this business, you’re only as good as your last show. What I’m interested in is the next show.”

So declares Karl Lagerfeld, a mere week after his triumph at Chanel, a barn burner complete with an actual barn, scattered hay, a toe-tapping live performance of “Not Fair” by Lily Allen and country-themed clothes that were beyond swell: fetching tweed suits in robust linens, cozy handmade sweaters blooming with crocheted flowers, flaring prairie dresses knitted from silk ribbons and soigné chiffon evening columns.

Lagerfeld is hardly the rest-on-his-laurels type. The studio at Chanel already has been cleared of all detritus of his hit spring collection and the designer is seated at a broad, black lacquer desk appointed with a tray of pens and two sketch pads of creamy white paper. Lagerfeld loves nothing more than a blank page, and he was chomping at the bit to jump into his next project: a luxury prefall collection for Chanel he will show in Shanghai in early December. “Success is dangerous,” he says in his rapid-fire manner. “You learn nothing from success, because you have to repeat it.”

Rare is the fashion show where the set, the clothes, the music and the energy coalesce and lift the room with an electrical charge. “That’s like a magic moment,” Lagerfeld allows. “I mean, I masterminded all that, but sometimes the masterminding can also go berserk.”

Chalk it up to experience—27 years at Chanel, going on 44 at Fendi—and one of the most fecund minds in the business. During a wide-ranging and fast-paced interview, pausing only for sips of Pepsi Max (no ice), Lagerfeld voices opinions on everything from the Internet juggernaut to the advent of celebrity designers, lacing his conversation with salty humor and dazzling wit.

“I’m an opportunist,” is how Lagerfeld cheekily characterizes his choice of an ecological theme for Chanel. The idea struck him last July when he photographed actress Diane Kruger for the 30th anniversary issue of German Vogue in a golden field of wheat 20 miles outside of Berlin. “I thought it was the right thing because people talk so much about ecology and all those things,” he relates. “I thought there was a need to give a modern sophistication to the eco approach, which can be a little too—shall we say—neglected?”

For a man as fond of political correctness as antifur protesters—for whom he once arranged muzzled guard dogs at a couture show—Lagerfeld is painfully aware of the pitfalls of going green. “I did it with an ironic approach,” he says. Indeed, his idea of country life is a decidedly French and very upscale one—à la Marie Antoinette. “It’s an approach to country life you see in Fragonard paintings,” he says with a wink.

Lagerfeld’s fantastical set designs for Chanel—recent ones included a giant merry-go-round and a life-size replica of Chanel’s Rue Cambon headquarters—are key to the impact of his shows, and this season was no exception. The designer, who lived in the German countryside for eight years, sketched out an open-sided barn he remembered from his childhood. It took an atelier near Paris a month and a half to realize the 14-ton structure, made with a metal frame and polystyrene painted to resemble antique lumber. Strung with 500 feet of field-flower garlands, it stood atop two tons of clay appointed with raffi a painted to look like grass.

If it sounds as lavish as a film set, that’s because it is. “You know, I have to make sure I have a good video,” he points out. And since that video is broadcast in Chanel’s 170 boutiques worldwide, having models walk out of a door in a white wall is hardly his idea of compelling viewing. “You cannot make a show in the Grand Palais with nothing,” he quips.

There were no plain white walls at Fendi or Karl Lagerfeld, either, where the designer turned out two more terrific collections for spring. Fendi was based on what Lagerfeld called “romantic softness: transparency in an elegant way,” with a gauzy scrim etched with flowers serving as the backdrop and canopy for his billowy dresses and blouses in dreamy pastels. Floor-to-ceiling stacks of amplifiers, in white instead of black, announced a light rock ’n’ roll theme to the short and graphic Karl Lagerfeld collection, based on pleated shorts and intricately tailored jackets. “I am happy that I can balance acts with several companies,” he says matter-of-factly.

There’s no question Lagerfeld’s signature brand, owned by Tommy Hilfiger Corp., trails both Fendi and Chanel by a large margin. But don’t assume Lagerfeld is particularly bothered by it. “I am indifferent to my name: I am not indifferent to my work,” says a designer known the world over for his dark glasses and white ponytail alone. “I have no obsession with an identity, but I don’t have to worry about that because I cannot even cross the street. What I like is a job, and pleasant conditions to do the job. Give me conditions that are unpleasant? The victim is not me.”

While some might envision Lagerfeld stuck in endless meetings at various corporate headquarters, he describes a more freewheeling arrangement, particularly with Chanel’s owners, the Wertheimer family. “There are no meetings, no discussions,” he says. “They trust me; I trust them. And it works for 27 years. You cannot say that I am really ruining the business. But you know, I do the windows, too. The windows are always inspired by the set. I do the advertising. I do even the little catalogues, the press kits and all the little brochures.”

Lagerfeld says Chanel’s fashion division is essentially run by four people: president Bruno Pavlovsky, himself and two key deputies, Virginie Viard and Eric Pfrunder. “We don’t talk to marketing people,” he sniffs. “We do what our inner voices tell us. We’re kind of the Joan of Arcs of the fashion business.”

Does something as mundane as budgets ever rain on his creative parade?

“Never,” says Lagerfeld. “I never thought of something that was too expensive. I think luxury is that, no? It’s not only what’s in the shop, it’s also how it gets there….People think they can get this kind of effect for free? Big mistake.”

While acutely aware the Internet juggernaut and digital revolution is changing how fashion information is communicated—“Yes, that’s the future, and it starts to be the present,” he notes—Lagerfeld also defends the flesh-and-blood fashion show, and the art of sketching.

Filming a bunch of models parading in a studio, he says, will never produce what a live show accomplishes, and particularly when there are some important people in the audience. “If you have two or three thousand people in front of you, there’s something in the air. The girls don’t walk the same way,” he says. “Thank God the human presence still gives some waves.”

He also cautions that deluxe fashions must be seen in person to be appreciated, as “inexpensive clothes and expensive clothes can look the same on the computer.” Lagerfeld is aware that there are “hundreds of things” bearing his name on the Internet, up to and including Twitter postings, “but I have nothing to do with them,” he says.

Instead, the designer pursues his visceral love affair with books, magazines and photos. “I don’t like to look at screens very much,” he says. “I am a paper freak, not because I am démodé, but because it’s just a physical thing. But I understand the rest of it. I work with computers. I work with a digital camera. Come to my house and there are more iPods and more kinds of machines than you can imagine for one person. But in fact, I use them very little.” Then he taps at his temple and says, “My computer is still here.”

That said, Lagerfeld is insistent that one move with the times. “There is a kind of opportunism in a developed profession,” he explains. “Do you know what put [Gabrielle] Chanel out of work? When she started to say miniskirts were over and jeans were out. Look what happened to her: She was totally forgotten when she died and wasn’t trendy at all. It took 10 years to start a new business because her final image was dowdy.…The world is not there to please you: It’s up to you to please the world.”

Chanel recently has stoked demand among young women by associating itself with girls of the moment such as Lily Allen, whom Lagerfeld photographed for this winter’s Coco Cocoon handbag campaign. “We had seen her in trashy magazines, which I love,” Lagerfeld relates. “There were tons of photos of her wearing Chanel and she was one of the best clients in the London shop. She bought tons and tons. Then I said to the Chanel people, ‘This is the girl.’” Asked to describe Allen’s impact on the Chanel business, Lagerfeld did not mince words: “Enormous. Not big—enormous.”

As for the advent of celebrity designers, Lagerfeld is nonplussed. “There is no law to tell people not to do a collection. And if the press pays attention to it, why not?” he shrugs. But for a designer who spouts parables as effortlessly as most people breathe, he cautions: “A fly who lived a day lived his eternity. I survived many of them,  huh?”

And there’s no slowing down for Lagerfeld, who selected fabrics for the Paris-Shanghai collection only hours after his blockbuster country-themed show, and who, after finishing up an interview around 8 p.m., would continue his design work at Chanel. “It doesn’t bother me,” he says. “I think fashion is a nonstop dialogue. And as I can talk a lot, it’s normal for me. I like the idea of fashion, collections, photography and all that. I do quite a bit of editorial as well because it keeps me inside fashion. Because I don’t want to be anywhere else.”