The curated designer platform is also featured in a KaDeWe pop-up with a Paris presentation set for March 3. 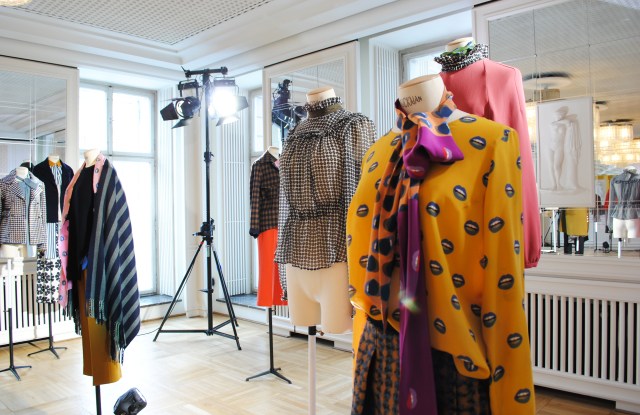 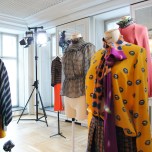 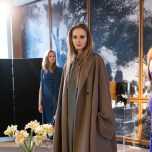 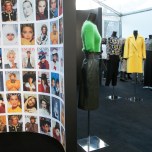 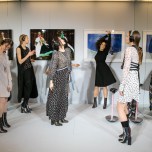 BERLIN — Germany’s designer scene got a power-packed boost at the third edition of The Berliner Mode Salon in Kronprinzenpalais during Berlin Fashion Week.

With 40 established and emerging German designer brands, it was the biggest gathering for the four-hour, group exhibition in the landmark building on Jan. 20, with the nine up-and-comers of the Vogue Salon also on hand. The rambling three floors were packed, not only with industry observers and well-wishers, but this time around, the platform’s target — but until now most elusive — audience: retailers.

Though Berlin’s trade fairs attract an estimated 200,000 buyers to the German capital, retailers are a rare breed at Berlin runway shows and presentations. For many of the nation’s most promising talents, simply making contact with stores and getting them to see their collections is the greatest challenge, if not to say a catch-22.  Pre-season ordering finds many top buyers elsewhere, and those in Berlin often have other priorities. In many young designers’ experience, as one explained, “They say they’ll catch up with us in Paris, but then when they’re in Paris, we’re told they have no time or interest to see German labels there.”

The tide could be turning. This season, the Salon welcomed around 50 retailers from German-speaking Europe according to the Salon’s co-initiator, Marcus Kurz, managing director of the creative agency Nowadays. Moreover, designers said buyers from Asia, the U.K. and elsewhere were also present, and the response from visitors and designers was quite positive.

Jörg Ehrlich, codesigner and founder of Odeeh, said, “It’s all about talking and communicating in an uncomplicated, direct way with business partners, retailers, journalists and, of course, friends. At Salon No 3, the quality of everything was much higher…more retailers, better talks.”

Philipp Bree, founder of accessories brand PB 0110 found the Salon “even more beautiful this season. It’s a wonderful platform to show the potential of German design, and we definitely met more buyers.”

First-time Salon participant Antonia Goy reported she’d been visited by a lot of key press, plus retailers including buyers from Japan’s Wut Berlin or Munich’s Schwittenberg interested in follow-up appointments. “A lot were people we couldn’t get hold of before, and just stopped by,” Goy remarked. “They were relaxed and happy for the opportunity to touch as well as look at the clothes.”

Karin Hoch, owner of director of Klamotte in Hof and Bayreuth was at the Salon for the second time to “discover new talent, and see the diversity Germany has to offer. We made an appointment with Nobi Talai.”

Mario Eimuth, managing director and founder of designer online shop Stylebop.com, has gone a step further, and will introduce Nobi Talai and Marina Hoermanseder, both Fashion Council Germany mentees and Vogue Salon participants, on Stylebop this February. “They are both standouts and have great visions,” he declared.

“We saw a lot of good things and are very inspired,” said Celia Solf, manager of The Store at Soho House in Berlin. “We don’t have time to visit the runway shows, but there are definitely brands that will be interesting for us as a store here,” she said, naming The Medley Institute, William Fan, Vladimir Karaleev, Hien Le, Boulezar and PB 0010.

Petra Howahrde, buyer for Howahrde Shop in Wuppertal, found the Salon’s “exhibition ambience closer to art than to a commercial showcase. It’s a wonderful, well-rounded combination of designers, and we will make appointments with Dawid Tomaszewski, among others.”

As Evelyn Hammerström, owner and head buyer of Jades in Düsseldorf, pointed out, The Salon also allows “established brands to present in a new angle. As a buyer, this kind of curated selection becomes more important as it directs me to the right details.”

Launched by Kurz and Vogue Germany’s editor in chief Christiane Arp in January 2015 with 15 designers, the Salon aims to raise public awareness of Germany’s creative design potential, improve its perception and sales results at home and abroad, as well as bolster Berlin’s role as a fashion metropolis. In another welcome by-product, the Salon has fostered a growing sense of camaraderie among designers, especially in Berlin. “We’ve built up a family and support each other more since the Berliner Mode Salon,” Tomaszewski said.

The Salon will be returning to Paris March 3 for a second guest appearance at the German embassy. “The most important international buyers have been invited,” Kurz said. Berlin’s premium department store KaDeWe has recently installed its second Berliner Mode Salon pop-up store in the ground floor atrium, with all front windows devoted to German designers.

If it’s up to seasoned designer members such as Dorothee Schumacher or supporters like European parliament member Christian Ehlert, this could be just the beginning. “All of us more ‘established’ designers have great retail contacts, and I don’t see why we couldn’t take this show on the road” said Schumacher, who is based in Mannheim, as is leading premium department store Engelhorn. Ehlert’s head of office researcher Nina Beyersdorff added, “It’s a great export platform and maybe we can organize for them to come to Brussels.”

Kurz said where it all goes from here is not set, but he’s open to a B2B Berliner Mode Salon road show covering key German cities, even possibly incorporating pop-up shops. “We could commission some clothes, and I’m convinced it would work. But these are all just ideas for the next steps,” he emphasized.