Getting To Know You: Four Designers with Buzz

By Nina Jones and Marc Karimzadeh and Alessandra Turra and Paulina Szmydke on April 14, 2014
View Slideshow 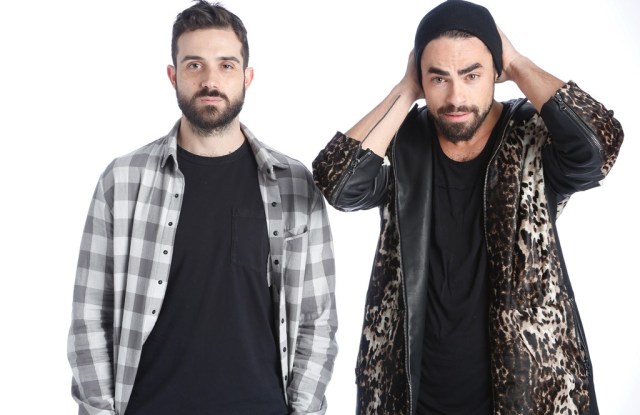 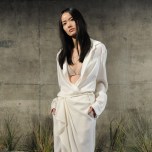 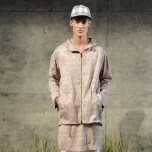 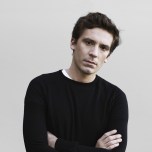 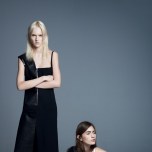 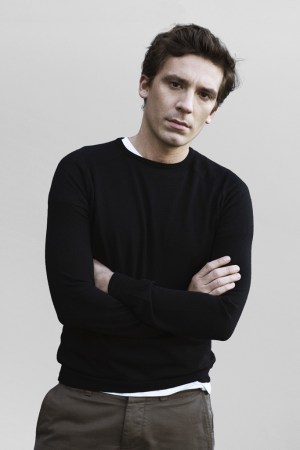 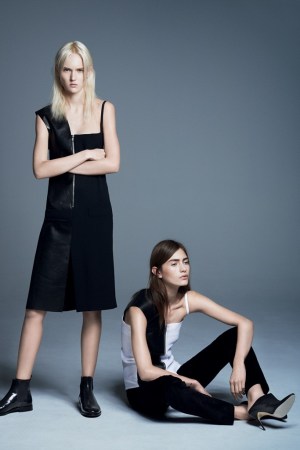 Against the advice of marketing and branding experts, John Targon and Scott Studenberg chose Baja East for their label, which, two seasons in, proved to be an astute move. It’s a well-suited moniker that expresses their sartorial ideal of “loose luxury,” which has already been picked up by influential stores like Barneys New York; Ikram in Chicago; Maxfield in Los Angeles; A’Maree’s in Newport Beach, Calif.; The Webster in Miami, and Hirschleifers in Manhasset, N.Y.

“Baja East is the idea of West Coast relaxed cool mixed with aggressive, street, East Side,” says Studenberg. “We are based in New York but love traveling to L.A., Cabo, Tulum, Marrakesh, the Far East.”

They expect first-year sales of $2.1 million. “We always had an obsession with fashion, which goes to the heart of it all,” Targon says. “We thought, OK, we gained all this knowledge from our jobs, what can we now do for ourselves? We always had that entrepreneurial spirit and thought, maybe it’s a good time to go out and do it on our own.”

Having spent much time talking to store executives as well as customers, they decided to focus on that idea of loose luxury. Nothing is fitted, necklines are low, shoulders dropped, and all is rendered in ultrafine, comfortable materials. The designs also often blur gender lines—or, as they put it, they’re “ambisex.”

For fall, they impressively developed their concept with silk ikat tunics and beach-ready cashmere sweaters, as well as a cool leopard pony hair print used for an anorak, a sleeveless tunic and drawstring pants.

Their fashion week presentation was as charming as the clothes, as the duo talked the audience through each piece with an earnest conviction.

“We thought it was important that we didn’t simply do a presentation with models just standing around, or a runway show where they just walked,” Studenberg recalls. “We wanted to talk about the fabrics that we use, because we think that’s also really important.”

Adds Targon, “Our background is in sales. This is how we got people excited about our product in the stores, and this is how we like to communicate our message.”

Second, he brought to life his own refreshingly nonchalant brand, named Atto, which he presents off the official Paris calendar, casually, if not accurately, calling it “just clothes on the racks.”

Looking at Dossena’s history, it seems like every step he made was carefully calculated for rapid ascent.

A graduate of La Cambre in Brussels—which shaped Olivier Theyskens, Anthony Vaccarello and others—Dossena scooped the jury prize in Hyères in 2008 along with the festival’s 1.2.3. prize sponsored by Etam, which led to a stint at the French group’s clothing brand while he was still in school.

“Designing for the mass market was a great way to get a foot in the door,” says Dossena, 31.

Shortly after, Balenciaga hired him to work on its ready-to-wear collection under the house’s former creative director Nicolas Ghesquière. It was here that Dossena experienced firsthand how to translate the historic codes of a venerable fashion brand into a contemporary lingua franca spoken by today’s fashion faithful.

Ghesquière’s departure in November 2012 opened the door to new adventures.

“We were all kind of jobless when Nicolas left,” he says, “so I decided to launch my own.”

Atto, which he established with another Balenciaga alum, Lion Blau, as junior designer, is conceived as a must for the multitasking woman, with a certain taste for luxury but no time to change on her way from the office to the kids’ playground.

After scouting for a niche to fill, the duo quickly realized that fancy design was in abundance, but finding a “good-quality white shirt or gabardine skirt” proved a challenge. “I wanted to create garments that are easy and supernormal, but of very high quality. It’s maybe a bit ambitious, but I have always been a big admirer of A.P.C. I want Atto to be a luxury version of that,” he says.

Meanwhile, at Paco Rabanne, he has found a playground for visual experiments, showing his ease with mesh tops and houndstooth-patterned tailoring alike.

And on that front, there is more to come. “The Paco Rabanne girl has always been a little radical,” he says. “I want to build on that respectfully, but fast-forward to the 21st century.”

Personality was the magic ingredient that upgraded the appeal of Au Jour Le Jour, says Diego Marquez, who founded the Italian high-end contemporary label with Mirko Fontana in 2010.

“The market asks for labels with a distinct character,” explains Fontana, who abandoned a promising business career as a marketing manager in a Swiss corporation to follow his fashion dream.

Fabric experimentation, vivid colors and a taste for not-too-complicated, wearable, flattering silhouettes—all peppered with a high dose of irony—define the brand’s core aesthetic. After three seasons of presentations, the line made its runway debut in February at the Armani Theater.

“Right after Giorgio Armani said he would host our show at his theater, we saw a boom in our media visibility,” says Fontana. “We took this challenge as a chance to show what we really are.”

Fall, with its Sixties silhouettes that Fontana says paid homage to Pierre Cardin, was glamorous and irreverent. Puppies and cats were printed on silk mikado fabrics and worked into intarsia fur coats.

“Puppies are the ultimate stars of social networks, and we think this reflects a trend of contemporary families, where singles and young people find company in animals,” says Marquez, explaining the inspiration.

“Ours is a positive fashion, which is projected into the future and which tries to tell a story,” adds Fontana, stressing that beyond bold colors and cute prints, Au Jour Le Jour—which means “from day to day” in French—is grounded in serious creative and business values. He notes that the label emerged on Instagram with bloggers and stylists wearing some of its clothes decorated with cartoon-y animal patterns.

Commercially, the brand is sold in more than 100 high-end stores globally, including Excelsior in Milan; Paris’ Galleries Lafayette; Isetan in Tokyo; Harvey Nichols Hong Kong, and Sauce in Dubai. Au Jour Le Jour wholesales from 50 euros ($69) for a T-shirt to 400 euros ($549) for outerwear.

“Our instinct has always pushed us to think that our project would have been [successful] if we could position the brand in top stores,” Marquez says. “This strategy is paying off. We are currently very strong in Russia and Asia, so our goal is to consolidate our presence in Europe and to enter North American stores.”

The company, which launched a men’s division in 2013, says revenues cracked the $1 million mark in women’s wear this year, and increased 60 percent last year compared with 2012.

The kooky, ultragirlish world that Ryan Lo conjures up has made his presentations one of the newest must-sees in London.

The 24-year-old, Hong Kong-born Lo, a graduate of the BA women’s wear program at the London College of Fashion, first popped up on the fashion radar when he was chosen as part of the Fashion East incubator for young London designers last spring. For that, he whipped up kitschy dresses in pink and purple tulle.

Since then, retailers like Opening Ceremony in New York, Joyce in Hong Kong and Beams in Japan have all bought into Lo’s fun aesthetic.
Now, showing under his own steam for the first time, Lo says he’s taken a “more womanly” approach to his muse. That said, romantic ideas such as “Pocahontas, Romeo and Juliet and the idea of star-crossed lovers” inspired a tableau of models toting fake glittery pistols, wearing pieces like long knit cardigans flecked with gold yarn, and a shocking pink, puffed-sleeve maxidress embroidered with iridescent black lace.

“I hope I’m not just designing for one woman…even if the styling is quite sweet and girly,” says Lo, whose volume is under $1 million a year.

Fall certainly made an impact on retailers, with Hudson’s Bay fashion director Suzanne Timmins describing Lo’s lineup as “so vibrant and creative,” while Net-a-porter picked up the collection for the first time.