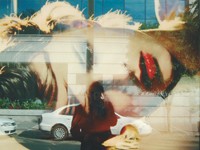 One Kate Moss, a fixture on Europe’s music festival scene, is among proponents of a vintage-inflected, rock-chick look making waves in Europe this summer.

According to Shepherdson, the recent sighting of Moss at the Isle of Wight Festival wearing HotPants and a vintage cape sent sales of the store’s vintage lines — in particular its sunglasses collection, Jeepers Peepers — soaring. “We’re adding a lot of authentic, vintage-inspired pieces to our collections,” said Shepherdson, citing festival gear as an important new influencer of fashion trends.

The vintage and rock-chick trends were certainly in evidence last week as a citywide music festival swept Paris, showcasing a new wave of all-girl guitar, folk and pop groups. These include the pop-rock quartet Plastiscine, British Fifties-style trio The Pipettes and a rising tide of Swedish pop-folk acts, whose fans are mixing rock, vintage and retro high street looks with relish.

At Plastiscine’s gig, a legion of mademoiselles turned out in wallet-friendly, fast-fashion looks in striped, polkadot and retro styles.

Plastiscine, meanwhile, who grew up listening to bands such as Blondie, the B-52s and The Smiths, were kitted out in Cheap Monday jeans mixed with high street pieces. Zazie Tavitian, 18, drummed away wearing a pair of oversize vintage sunglasses.

“All that counts is that clothes are low-budget, cool and comfortable,” said Platiscine’s 18-year-old singer, Katty Besnard — a Scarlett Johansson lookalike — who mixed a striped H&M top, scuffed canvas sneakers and a self-lopped denim miniskirt for the show.

Across town, a lineup of female Swedish acts proved that vintage rules in Scandinavia.

“We’re going to play you a song with a sh—y synthesizer we just bought for five bucks,” announced Maia Hirasawn, one half, with Annika Norlin, of rising Swedish pop group Hello Saferide, who are due to play a New York showcase at the Living Room next month. Wearing blue eye shadow and a prim emerald-green dress, Hirasawn resembled a Seventies housewife.

“Maia and I like to wear lots of dresses onstage, and we don’t make much money, so vintage is the most sensible option,” Norlin explained after the show. The singer cited Emmaus and Lisa Larsson as cool vintage stores to shop at in Stockholm.

“I inherited most of my grandmother’s clothes, so that’s become my main look,” said 26-year-old Ellekari Larson, singer of The Tiny. For her performance, she paired a waistcoat and slippers from China with a printed skirt.

But although many Swedish acts favor kooky granny clothes, their groupies, according to Larson, remain a denim-hungry crowd. “Swedish kids have gone crazy about brands such as Cheap Monday, J. Lindeberg and Acne,” she said.

“We’re into skinny, high-waisted pastel jeans from brands such as Cheap Monday and Whyred,” said student Anna Berg, 22, flashing her behind to reveal a Cheap Monday label.

Model Ida Theren, 21, said she prefers little-known brands new to the scene: Dedicated Followers of Fashion and Burfitt. “When it comes to looking original, I say secondhand is best,” she said, doing a twirl in her chocolate floral dress and knee-high socks. “Nothing in my outfit cost more than five euros [$6.28 at current exchange].”