The CFDA’s Causes and Effects

The association has helped galvanize the fashion community behind a number of causes over the years. 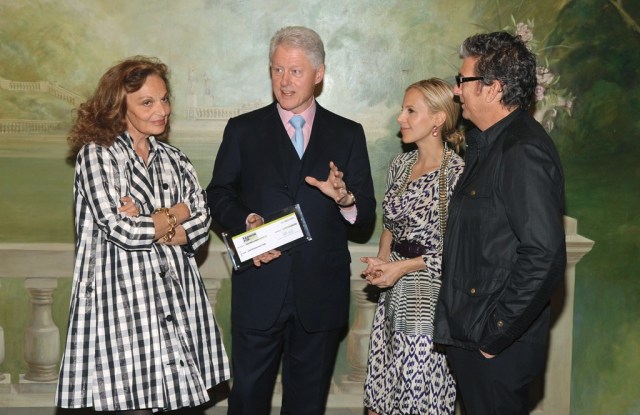 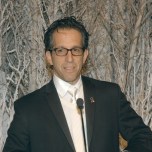 In the late Eighties, Nina Hyde, then the fashion editor of the Washington Post, approached Ralph Lauren after she was diagnosed with cancer. Hyde, who died in 1990, inspired the designer to steer multiple initiatives to raise awareness and fight the disease. In 1994, the designer partnered with the Council of Fashion Designers of America to create Fashion Targets Breast Cancer, for which he designed the bull’s-eye logo now commonly associated with the cause.

Eighteen years later, FTBC is active in 11 countries on five continents, and has sold more than $100 million in merchandise and raised more than $50 million for breast cancer charities in 13 countries.

It’s one example of how the CFDA has helped galvanize the fashion community behind a cause. The efforts largely fall within the CFDA Foundation Inc., a stand-alone nonprofit that operates alongside the CFDA.

“Our main mission is the Council,” says the CFDA’s Steven Kolb. “We’re here to promote, grow and support the American fashion industry and directly provide values and benefits for our members and the industry overall. Having said that, we are a creative industry and creative people tend to have a lot of interests outside their work that are important to them, and there have been specific issues that have affected our industry, like HIV/AIDS and breast cancer.”

Case in point: the outbreak of the AIDS epidemic in the Eighties, which brought the CFDA board together to figure out ways to address the crisis and help those in need.

“At that time, almost every day, someone was dying from AIDS,” recalls Lisa Smilor, the CFDA’s deputy director of programs and operations. In fact, a generation of creative talent was devastated. Among the designers lost to the disease were Rory Cameron, Willi Smith, Gia Carangi, Angel Estrada, Patrick Kelly, Roger Forsythe, Tina Chow, Franco Moschino and Perry Ellis (although the house never confirmed AIDS as the cause of his death at age 46, four months after his partner, Laughlin Barker, the firm’s president, died of AIDS).

“We said, ‘This is killing our industry,'” says Smilor. “‘We have to do something to help join the fight.’ We thought, ‘What do we have?’ We have our merchandise; we have our personalities, and we can get together and sell at a reduced cost.”

As a result, in 1990, the CFDA and Vogue launched 7th on Sale, a giant designer sample sale at the 69th Regiment Armory on Lexington Avenue. The event raised, in its first of several editions, $4.2 million for the New York City AIDS Fund.

“It was huge,” Smilor says of the event, which then-CFDA president Carolyne Roehm spearheaded with Vogue’s Anna Wintour, Donna Karan and Lauren. “The designers were the salespeople in their booths, and customers interacted with them. It put a face to the designer, and it was a bold event for the CFDA.”

Kenneth Cole also played an active role in CFDA’s fight against HIV/AIDS, particularly when 7th on Sale returned after a hiatus in 2005. The designer oversaw the logistics for the night, receiving all the goods and warehousing them in his company’s Secaucus, N.J., warehouse. There, volunteers from Kenneth Cole Productions unpacked thousands of boxes and got items prepped and ready for the merchandising and visual committee to come in and begin the visual part of it, before trucking them to the Skylight Studios venue.

Besides the money raised, it underscored how designers can put aside their competitive differences for an important cause.

The same can be said of FTBC, which operates internationally in licensing arrangements. It was launched in September 1994 during a reception hosted by then-First Lady Hillary Rodham Clinton at the White House. The first campaign sold 400,000 FTBC T-shirts, raising $2 million for the Nina Hyde Center for Breast Health at the Lombardi Cancer Center at Georgetown University Medical Center.

From 1999 to 2003, the CFDA partnered with Saks Fifth Avenue on FTBC. “Since the relationship with Saks, we have not had a long-term retail partner for the program,” says CFDA director of business affairs Catherine Bennett. “Two years ago, we signed with The Jones Group for a [Nine West] program called Runway Relief. They are essentially our exclusive retailers for FTBC-branded merchandise in the U.S.”

Last year, the CFDA established the Fashion Targets Breast Cancer Fund in The New York Community Trust, and the initiative granted funds to the Ralph Lauren Center for Cancer Care and Prevention, SHARE: Self-help for Women with Breast or Ovarian Cancer and the Maimonides Medical Center.

This year, the CFDA plans an international campaign to unify the FTBC efforts in participating countries. It features Karolina Kurkova.

The CFDA has also responded to natural disasters and other crises. For instance, the Sept. 11 attacks happened during New York Fashion Week. “By Day One, we knew we had to get supplies for people who needed them,” Smilor recounts. “The board had an emergency meeting. Stores were starting to say ‘Don’t ship.’ Everyone was realizing that this would have a serious effect on the economy and on the industry. We wanted to do something that raised money for victims, as well as help make people feel it was OK to shop and support local economies.”

Thus, the CFDA/Vogue Fashion for America initiative began with a T-shirt. Vogue featured Gisele Bündchen in the T-shirt on its December 2001 issue, and when Karan and Michael Kors went live on QVC to sell them, the system went down within two minutes. The initiative raised $2 million for the Twin Towers Fund.

Similarly, after the devastating 2010 earthquake in Haiti, Lauren, Tory Burch, Andrew Rosen and Diane von Furstenberg spearheaded Fashion for Haiti with a T-shirt initiative that raised $1 million for the Clinton Bush Haiti Fund. And after the earthquake and tsunami hit Japan last year, the Fashion & Friends for Japan online CharityBuzz auction of experiences—like fashion show seats from Marc Jacobs to Calvin Klein, or a stay at von Furstenberg’s Bahamas beach house—pulled in $400,000 for the Japan Society’s relief efforts.

“Staying focused on HIV/AIDS and cancer is important, and having a consistent level of support, and being responsive to what the membership is interested in,” Kolb says. “I’d love to see us do 7th on Sale again. The first few 7th on Sales were just brick-and-mortar, the last two were also online. Technology changes a lot that we can do. We’re good. Our charity work is strong and relevant. We made a lot of good decisions and have created some positive change.”