"There is a lot here that underpins our brand values of self-expression, diversity, inclusivity and playfulness,” said creative director Stephen Fairchild.

Global jewelry brand Pandora is looking to Los Angeles to kick-start its turnaround.

On Wednesday, the Copenhagen-based charm-maker touched down in the creative metropolis to relaunch the brand for a new generation, painting the streets of downtown L.A. pink — its new signature color — and holding an influencer-packed luncheon and evening celebration featuring performances by SZA and Charlie XCX, with more than 400 guests from around the world.

“Los Angeles is an epicenter of creativity today….There is a lot here that underpins our brand values of self-expression, diversity, inclusivity and playfulness,” said creative director Stephen Fairchild, an avid surfer who travels to the city monthly.

“Our purpose is to give a voice to people’s loves, and our platform is about sharing stories. L.A. allows us to physically manifest that,” he said, referencing the various activities.

They included the unveiling of a “Divine Feminine” mural by female graffiti artist C. Finley, and the introduction of a new group of Pandora Muses to help bring the brand, with 2,700 stores in 100 countries, into the digital future: models Georgia May Jagger and Halima Aden; “Game of Thrones” actress Nathalie Emmanuel; dancer Larsen Thompson; photographer Margaret Zhang, and artist Tasya van Ree.

“Pandora provides you with the canvas and some brushes and inspiration, but ultimately you create the picture. You don’t define Tiffany & Co., Tiffany defines a space and you can choose to partake in it or not,” said new president and chief executive officer Alexander Lacik, explaining the West Coast thinking for the relaunch of the Danish brand, which had a $2 billion debut on the Copenhagen stock exchange in 2017 but has struggled over the last year.

And indeed, at the kickoff event at Hudson Loft in downtown L.A., where green juice and organic fare was served on graffiti-covered tables, guests got creative with the brand’s signature charms, wearing them in their hair, slipped through shoelaces on their Balenciaga sneakers, and on Pandora’s new O Pendant.

Pandora sells a full range of jewelry, not just charms, but pushed the idea of customization for the relaunch by unveiling the new O Pendant that aims to capitalize on the trend for layered necklaces, allowing customers to add their own charms to a pendant and wear it at the neck or clipped to a handbag or jeans. The O Pendant comes in three sizes and three colors: Silver, Pandora Shine and Pandora Rose. The pricing for the pendant without a chain is $45 to $115.

“We want to put the punk in Pandora,” the brand’s designers Francesco Terzo and Filippo Ficarelli told the colorful crowd. 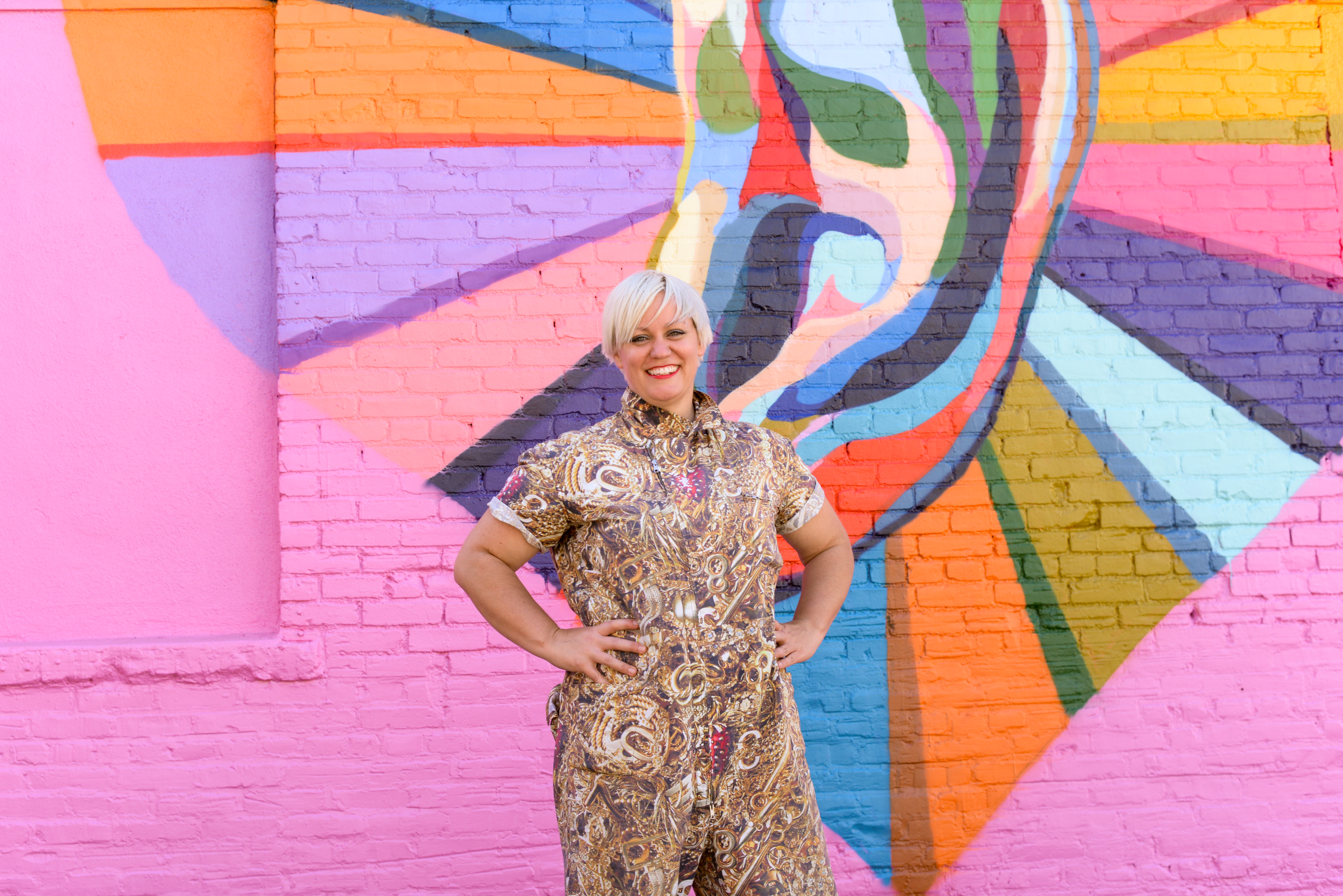 With its bounty of diverse event locations and burgeoning community of celebrities, models and influencers, L.A. has become a hot spot for global brand activations, from Saint Laurent’s Malibu men’s wear show on the sand in June, to the art-filled Louis Vuitton X exhibition that opened on Rodeo Drive in July. Although rapidly gentrifying downtown L.A. has attracted a bevy of new hotels, restaurants and retail, the NoMad and Dover Street Market among them, it has been slower to attract global fashion brand activations. But for Fairchild, downtown L.A.’s historic core, including its Jewelry District, was a magnet.

“There are some incredibly talented designs coming out of the jewelry community here, and we are looking at how we could collaborate potentially,” he said, adding that the Made in Thailand brand’s sustainability efforts are another potential storyline. (Pandora’s crafting facility in Bangkok, which produces 1.5 million pieces of jewelry a week, more than any other brand on the planet, is LEED Gold certified, and Fairchild recently spoke on sustainability in the industry at the Copenhagen Fashion Summit.)

L.A.’s proximity to Hollywood was another draw. Pandora has been working with entertainment properties and celebrities for a number of years, including Disney’s “Lion King” and singer Shakira, and earlier this month signed “Stranger Things” star Millie Bobby Brown to a two-year contract that could involve a future design collaboration, Fairchild said. Her first campaign bowing in October will feature her in her adopted hometown of Atlanta wearing a selection of pieces from a new 55-piece collection aimed at Generation Z consumers. There are also Harry Potter charms in the works, following a new deal with Warner Brothers, which will hit stores in late November. 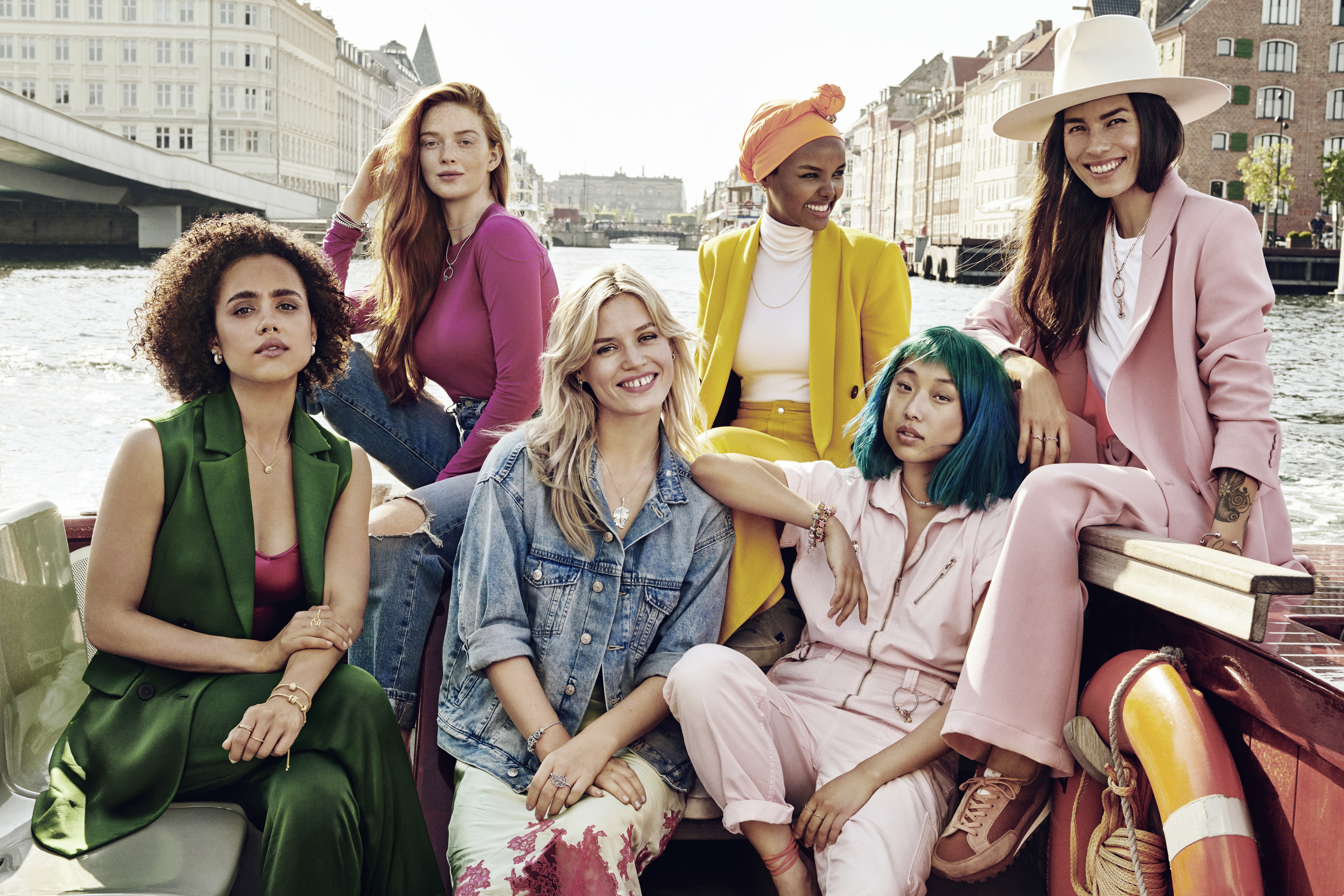 Whether it will be enough to change the minds of consumers remains to be seen. The re-branding comes on the heels of second-quarter results for Pandora that saw sales for the period drop 10 percent to 4.69 billion Danish kronor, with a steep decline in wholesale revenue. Net profit came to 526 million Danish kronor, a 50 percent decline.

The numbers were in line with expectations, and analysts generally have taken a positive view toward Lacik’s turnaround plans. Pandora’s shares have risen steadily since last week, at one point hitting 320.90 kronor, or $47.68. They fell 6.7 percent on Wednesday, though, to 295.80 kronor.

The L.A. marketing blitz is the first step in a restructuring plan being set in motion by Lacik, who joined the brand last February bringing experience from consumer goods companies Britax Ltd., Reckitt Benckiser and Procter & Gamble.

“It’s a fantastic brand that has phenomenal reach with the consumer, with a cost structure and the financial muscle to turn the situation around,” he said of the prospects.

“Historically, over the past 10 or 15 years, we haven’t been precise in our marketing.…I want our consumers to instantly recognize Pandora. It’s not just this program with influencers, we’re overhauling the whole thing and rolling this out in various bits and bops. It’s moving the business into a much more consumer-centric platform,” he said of the strategy, which includes a new logo and brand color; relaunching e-commerce platforms with a new look this week; debuting new advertising for the holiday season, and opening new format stores with a lighter feel and more touch points, including charm bars. The first of the new stores opened in the U.K. last week, and the second will follow in New York in November.

“Our presence on e-comm is like many others when they start, it’s literally a catalogue, a picture and a price and that’s pretty much it. That very basic approach took us to doing 12 percent of global revenue online, but we are way behind the curve,” Lacik said.

However, despite dwindling mall traffic, having fewer brick-and-mortar stores is not part of the plan, said the executive: “Pandora is a mass market brand. We need to be everywhere.” 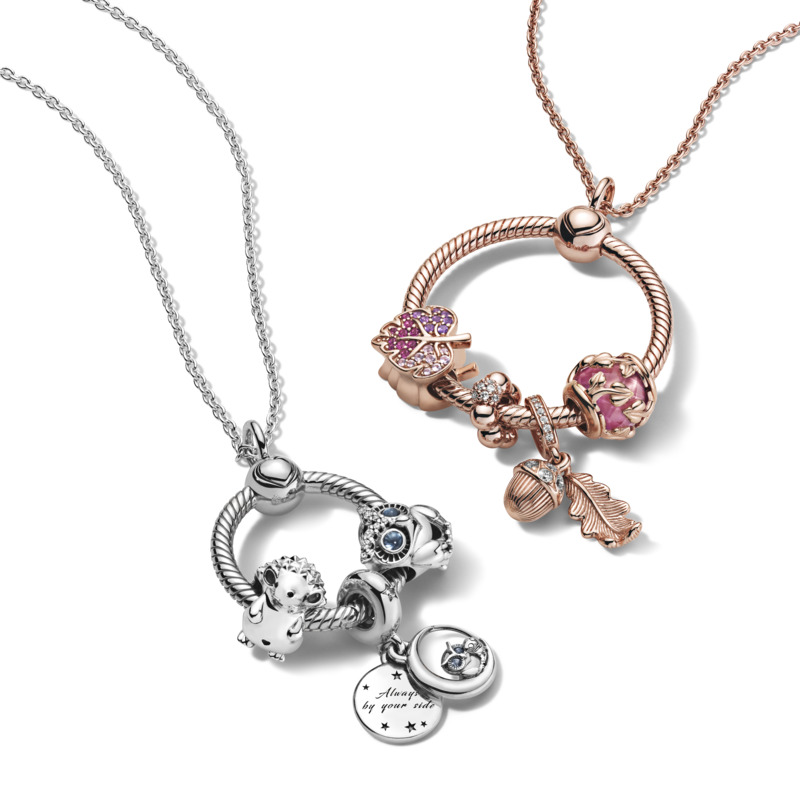