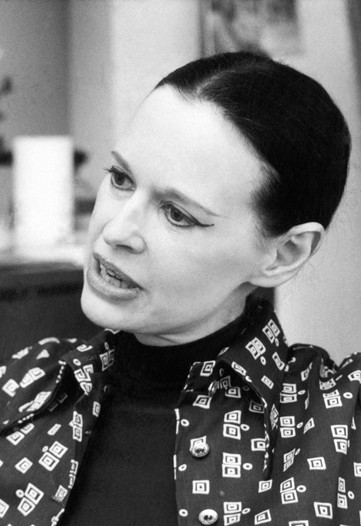 In 1967, WWD published a three-page story on “The New Gloria,” in which Vanderbilt (then Gloria Vanderbilt Cooper) offered her take on everything from the latest fashion trends to feminism to the joys of living in a Manhattan townhouse.

On feminism: “It’s a terrific time for women. They have more freedom. It’s because of the pill. Women have a choice of what they want to do and be.”

On fashion: “I’m spending much much less money on clothes this fall and having much more fun with fashion…I adore the dark look — it’s mysterious…and I love big hats and high collars — they make me feel protected.”

On the midi skirt: “I never thought I would be wearing the Midi, and yet now I think that they look right. I’m planning to wear them to the theater, at home and to a friend’s home for dinner. The Midi could possibly replace the caftan and pajamas for at-home entertaining, I think.”

On hosiery: “I resisted them for a long time because my husband [Wyatt Cooper] doesn’t like them. But the impulse got overpowering. It’s the freedom of just being able to put on those tights and going out and run and walk. The easiest way to start changing your look is with tights. They make you feel good when they fit properly…and they free you.”

On the social scene: “Really one does what one wants to do. [Wyatt and I] don’t go to large parties because we just say no…and I have no guilt about it. I don’t believe in committees. I loathe charity balls and I don’t follow the luncheon circuit.”

On living in a townhouse: “I find living in a private house a delicious experience. I love the idea of having a key to your front door, going in to your own home, and not being bothered by doormen. There’s something psychological about having a house in New York…you have a whole different feeling.”

And finally, on her four-month-old son, Anderson Hays Cooper: “He’s so beautiful. He looks like all my other children — it’s like having the same baby all over again. Of course, each one has a different personality.”

Here, we’re presenting pictures from the 1967 WWD shoot, as well as photos from our various other run-ins with Ms. Vanderbilt through the years.