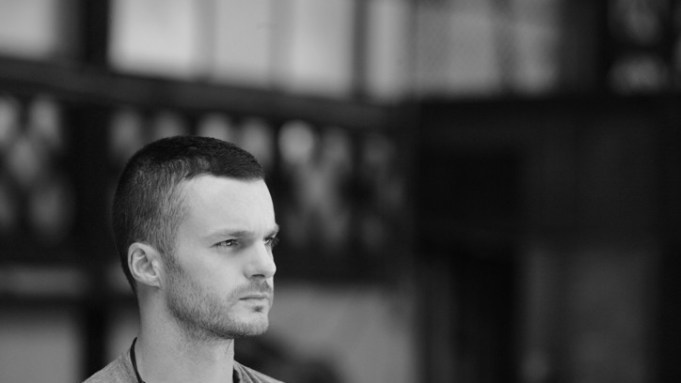 Fortune favors the brave, and none more so than 33-year-old Dior Homme creative director Kris Van Assche, who silenced rumors of an imminent ousting from the storied French maison with an elegant and directional collection for spring.

“I really stuck my neck out,” says Van Assche. “The heritage of Dior Homme can easily be traced to the skinny black suit, but I couldn’t go on designing without evolving.

Facing his detractors head-on—the LVMH Moët Hennessy Louis Vuitton executives bent on increased sales and fashion luminaries unable to move on from his beloved predecessor, Hedi Slimane—Van Assche kept his cool and breathed new lightness into the collection. Out went the rigid shapes and tricky tailoring that had constrained development, and in came transparency and weightless layering.

“In the beginning, consumers weren’t ready to accept a new look and I wasn’t ready to impose one,” Van Assche explains, citing the compelling heritage of the house. “I needed some time, the house needed some time and fashion needed time. But now there has been enough time to get over it.”

Selecting the covered market of the Carreau du Temple in Paris’ third arrondissement for his fifth show, Van Assche steered Dior Homme away from his predecessor’s course and put forth his own modernist interpretation of men’s couture. He started by exploring different ways of addressing the suit that is Dior Homme’s signature, swapping skinny for volume and replacing rigidity with transparency.

Pleated trousers, for example, were roomy—but not ballooning—and tapered at the ankle. Above the waist, a two-button cotton jacket came unlined to reveal its construction. The latter is already a bestseller, according to the house. Meanwhile, wispy outerwear pieces, such as a silk raincoat that floated over a Japanese cotton jacket with delicate raw edges, added a new layer of romanticism to the collection.

Growing in confidence, Van Assche also mixed his new sartorial savoir faire with more street-inspired elements. Sleeveless jackets, for example, were edgy and soigné, while leather lapels on formalwear were unmistakably masculine and proved that, while the collection was weightless, the Dior man is no pushover.

Now, at ease with the heritage of the brand and having turned many critics into fans, Van Assche plans to march on with his transformation.

“Winter is definitely going to be an evolution from the summer, I am still working with the heritage of the brand and pushing it forward,” he says, without disclosing further details.

Like the gust of wind that blew into the venue as the models walked onto the runway from the street, Van Assche’s fresh and soothing lineup for spring is already heralding a new era of Parisian chic at the house.

Dior Homme, which boasts 35 freestanding men’s stores, accounts for 12 percent of group sales and, according to chief executive offi cer Sidney Toledano, is “growing” and has “great potential,” especially in Asia.

Says Van Assche: “We have turned a new page.”