While the director and star of "Gone With the Wind" were accepting their Oscars, WWD reporters were writing about the film’s impact on the fashion industry. 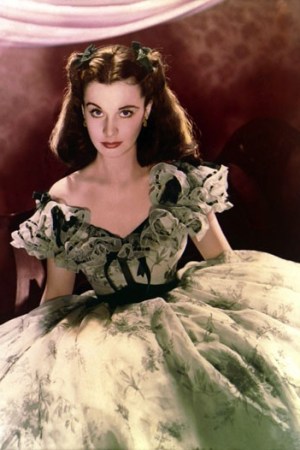 On Feb. 29, 1940, Victor Fleming’s “Gone with the Wind” smashed Academy Awards records, winning 10 Oscars (including an honorary award for “use of color for the enhancement of dramatic mood”) after 13 nominations. And it wasn’t just the top brass in Tinseltown that was blown away. While Victor Fleming and Vivien Leigh were accepting their golden statues at L.A.’s Coconut Grove, WWD’s reporters — back in New York  — were writing about the film’s impact on the fashion industry.

“Some sort of award must be given ‘Gone with the Wind’ for its inspiration in fashions,” the article read. Since the film’s release the previous year, looks inspired by full-skirted Civil War-period styles —  some even with stiff crinolines — had become popular globally. “It captured the interest of the Paris couture at a moment when it was thought that period fashions had exhausted their appeal,” WWD said. Areas outside the couture saw a revival of crisp silks and cottons, flowered organdies, velvet ribbons and lace. And there was a new attention brought to neckwear, millinerie and lingerie.

Even the sophisticated public got in on the action. When the picture showed in Palm Beach, Fla., posh area stores organized themed parties, special displays and reported a big demand for fine organdy that actually reproduced Scarlett O’Hara’s sprig-print crinoline frock.