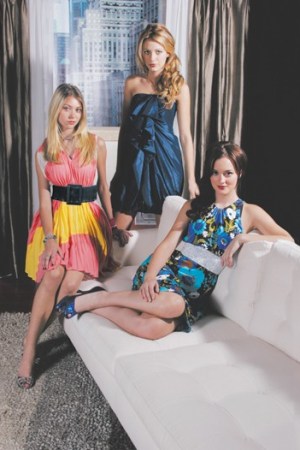 “I wish I had the money for style like that,” said Leighton Meester of her character Blair Waldorf’s sophisticated wardrobe. Meester sat for WWD along with Blake Lively and Taylor Momsen in August 2007, a month before the series premiere. (Read the original story here.)

The girls weren’t the stars they are today — Lively was the best-known, for her role as Bridget in 2005’s “The Sisterhood of the Traveling Pants” — but the myriad fittings for filming, publicity stills and editorial shoots had already taught them a thing or two about clothes. “In the beginning, I would try on lots of things,” said Lively, “but now I can look at a dress and know what will look right on my body.”

Momsen identified with her character’s style especially well. “Jenny’s funky, and she sews since she doesn’t have the money the other girls have,” she said. “People used to make fun of me at school because I wore all vintage clothes while they were all Abercrombie-d out.”