A Meeting of Minds: Rick Owens Releases Collection With Champion

The designer said he has long been inspired by Champion, its logo and Seventies sweatshirts.

A look from the new Rick Owens collaboration with Champion.

LONDON — Rick Owens is on a collaborations roll — something he never thought would happen: After working with Birkenstock and Moncler in the few past months, he’s set to reveal his first collection with the street and sports brand Champion on March 12.

He’s done the collection, for men and women, in black, pearl and gray, and put an emphasis on cotton underwear — not that he wears any himself. In an interview, Owens described the collection as “stripped-down togas, loincloths and robes,” and if that sounds a little too “Spartacus,” there are also some Champion basics, too.

All of them bear a new logo: an elongated, sharp-edged star encasing the streamlined “C” in Champion. The star resembles the one from Owens’ Drkshdw collection. 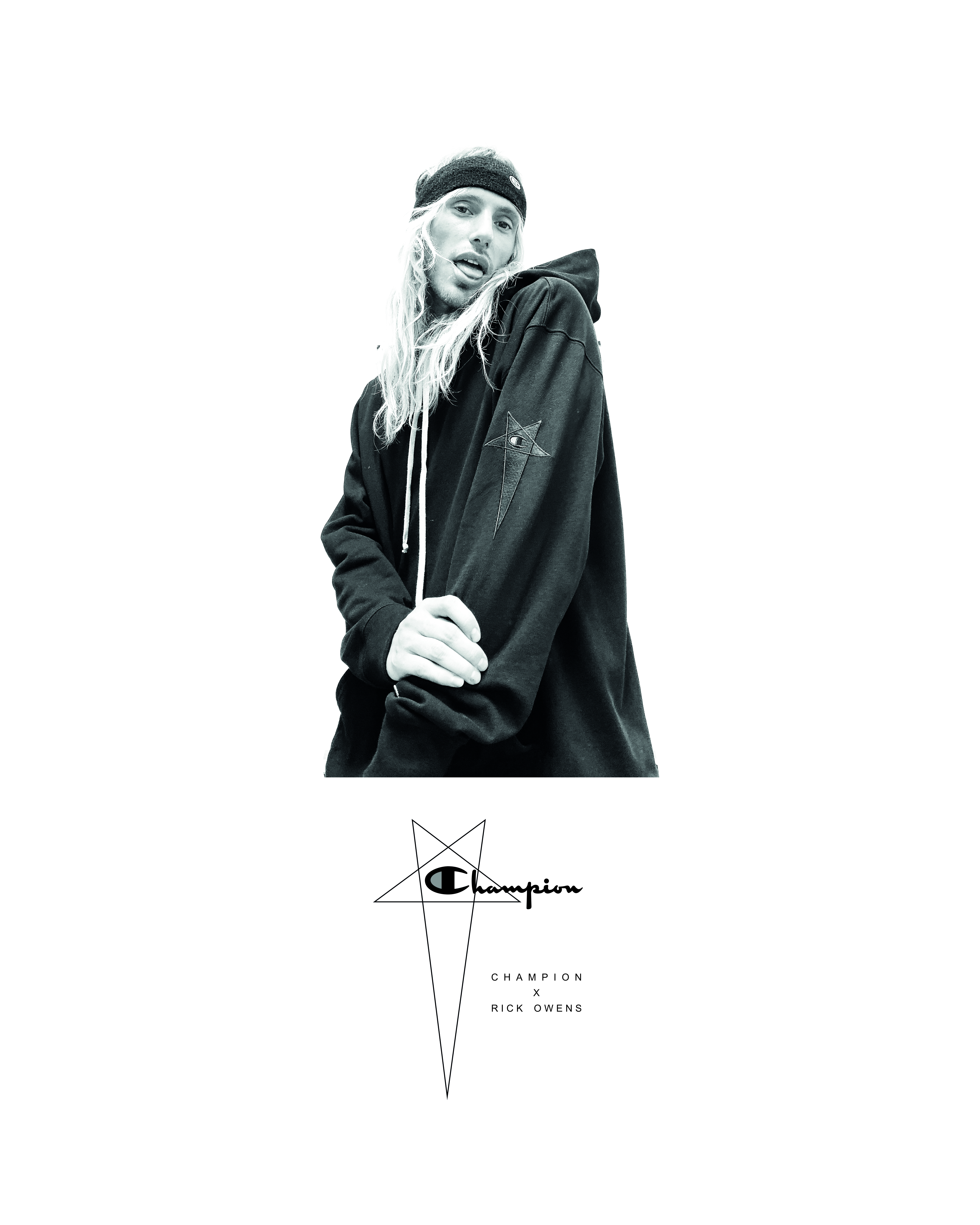 A look from the new Rick Owens collaboration with Champion.  Courtesy of Champion

Accessories include slick bucket hats, caps and headbands in variations of cool mesh and nylon with monochrome colorways of black and pearl. Some of those pieces, including the baseball caps, crept into Owens’ men’s runway last June.

In terms of design, Owens said he wanted to work “my simplest things, my most primitive, primal things” into the collection.

“I’ve always been an Egyptian geek and I’m used to wall paintings and hieroglyphics. I applied a loin cloth over the underwear – that’s where I wanted to go with Champion. I really wanted it be very underwear based, because I’ve never done underwear. I don’t even wear underwear. So it just seemed like something very simple, elemental, American.”

Owens, who’s known for his goth glam aesthetic and spare, elongated shapes, said that when he’s designing activewear and sportswear his head is either stuck in the ancient world, “or I’m thinking of the 1930s health farms in Germany. Or 1930s American football. Because the 1930s are a reference I go back to over and over again.”

The designer said he grew up watching Cecil B. DeMille films, and that his references often come from the director’s Bible epics. He said DeMille’s silent movies impressed him too. “They were black and white, and a billion tones of gray.”

He added that he has always been inspired by the Champion logo.

“When I started my label in the Nineties, I hand-drew my logo as a cross between the Champion logo and a Jean Patou perfume label. They both had a similar vintage calligraphic flair,” said the designer.

For the new collection he added a bit of his own personality to the logo, doing it in black, pearl white and gray, and adding the elongated star.

“I always liked geometric diagrams because there is a satisfying logic when you see a linear, geometric form. And a star has a lot of connotations, a pentagram, a guiding star, a north star, it can be about magic. So there’s a mystery to a star. It’s a theme I go back to over and over again,” he said. 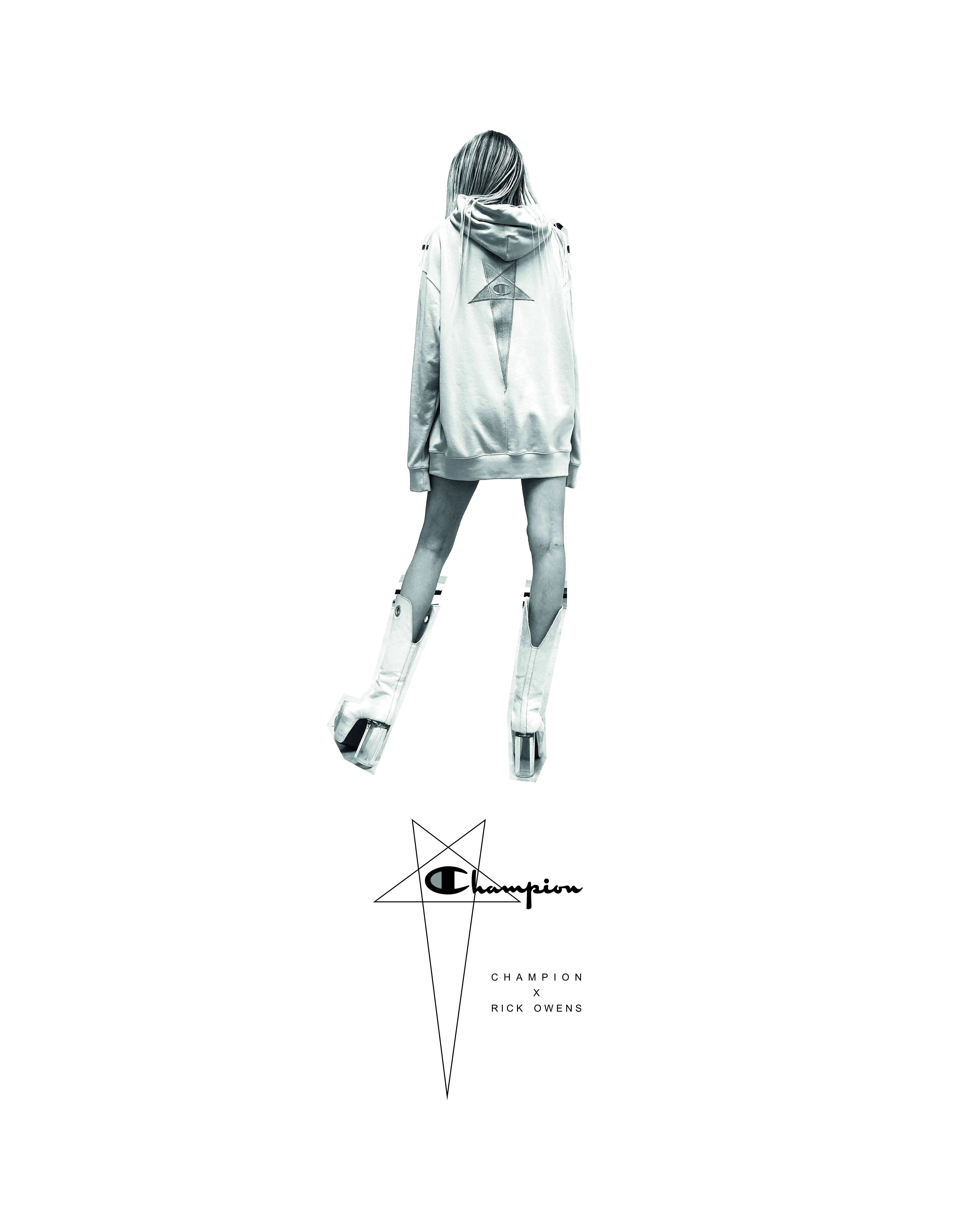 A look from the Rick Owens collaboration with Champion and the special logo.  Courtesy of Champion

With regard to his Champion memories, the California-bred, Paris-based designer said he recalls his “older, cooler cousins” wearing Champion sweatshirts and shorts in the Seventies, while that logo was seared into his brain.

Champion, which in the past, has worked with the likes of Todd Snyder, Supreme and Wood Wood, wanted to collaborate with Owens because, “Rick is one of the most respected and admired creatives in the world. He has worked extremely hard to develop an individual style that has become immediately recognizable as his own all across the globe, it’s the Rick Owens brand. This is an extremely impressive achievement,” said Joseph Monahan, chief executive officer of Champion Europe Group.

“We were initially interested because we wanted to work with someone that was highly skilled and would find that magical way to blend two very different brands into a logical consumer proposition.”

Read More: The Moncler, Rick Owens Collaboration Is Not What You Would Expect

Monahan described working with Owens as “a unique experience for our team,” and said the collection merges fashion with sport. “While there are many different styles, each remained true to the DNA of both the Champion and the Rick Owens brand.”

Owens pointed out that, serendipitously, Champion has a factory in Italy 15 kilometers from the one he uses for his signature line, “allowing us to produce a fully made in Italy collection in the same region under increasingly environmentally responsible conditions.”

The collection, which will be sold at Champion and Rick Owens stores and online, is the latest in a series of projects and collaborations for the designer. 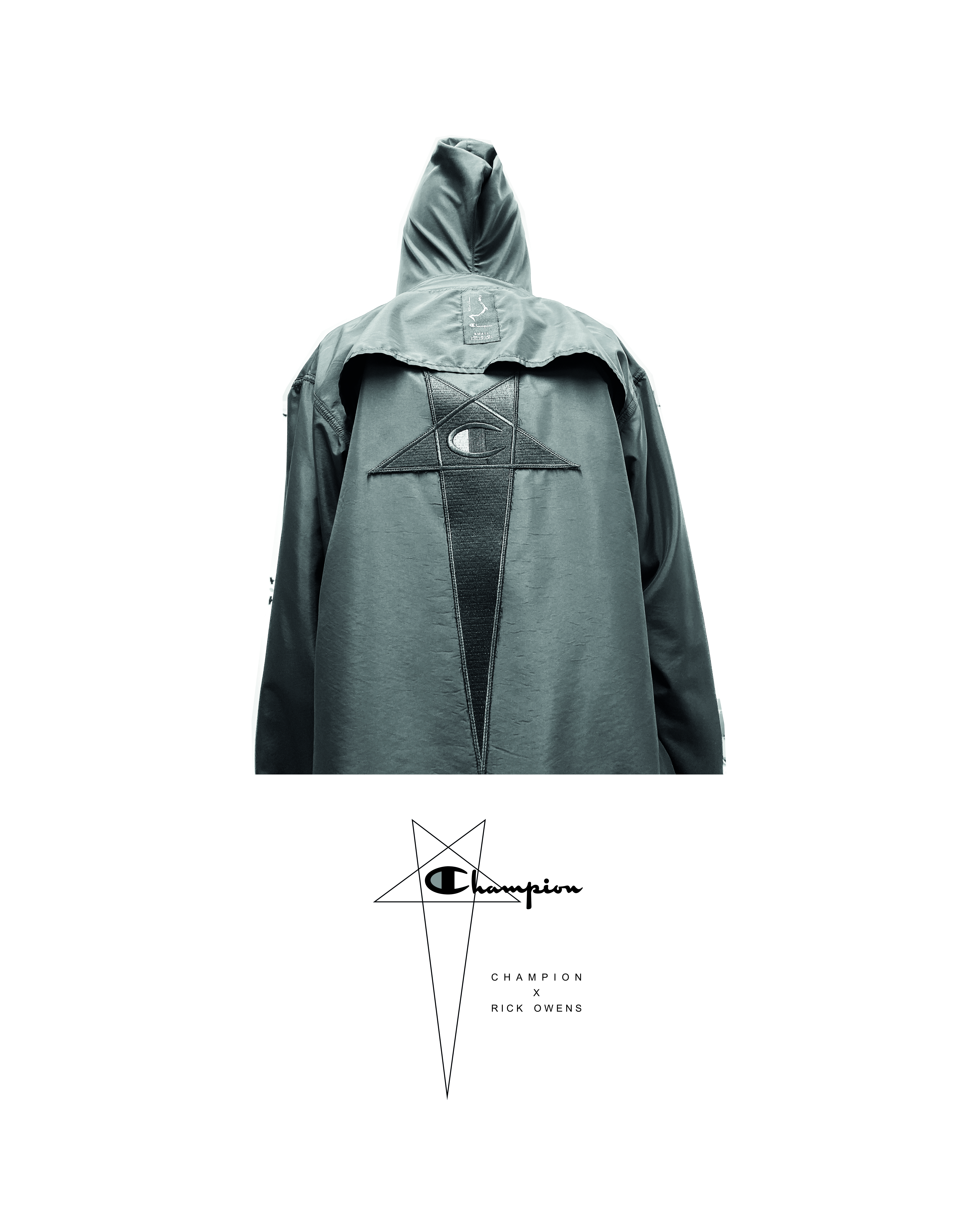 A look from the Rick Owens collaboration with Champion.  Courtesy of Champion

He’s been working with Birkenstock, infusing his punk aesthetic into the footwear brand with the usage of black and silver foil, buckles and black cork.

Last month, Owens unveiled a project with Moncler that saw him customize a tour bus for a road trip he took with his wife from Los Angeles Airport to American artist and sculptor Michael Heizer’s ranch in Nevada. The bus was exhibited — enveloped in a cloud of smoke — in Milan on Feb. 19 during fashion week and was available to order alongside the Owens clothes made by Moncler for the project.

Asked why he chooses to work with other brands, Owens didn’t skip a beat.

“I am the first to roll my eyes at collaborations. When the whole collaboration thing was happening, I was just thinking, ‘Oh boy, what a hype scam. That’s such a desperate bid for attention.’ And I still feel that way most of the time. But on the other hand, I do believe that we were put on this earth to communicate and to get to know each other. Basically, fashion is about communication.

“I love when interesting people meet and talk — there’s something very wholesome and positive about that. The collab with Undercover and Valentino? It just filled my heart. I thought it was a beautiful, brilliant example. It’s commerce, too, and it’s a stimulating thing to do. And I do like the idea of people coming together.”

Champion may be the latest, but it’s certainly not Owens’ last collaboration. “I’m on a roll, I’m into this. I’m having a good time. I’m the last person to believe that I’d have ever done this — this is just not me from 10 years ago. But it’s me now.”

Moore From L.A.: Rick Owens Isn’t Over L.A. Yet