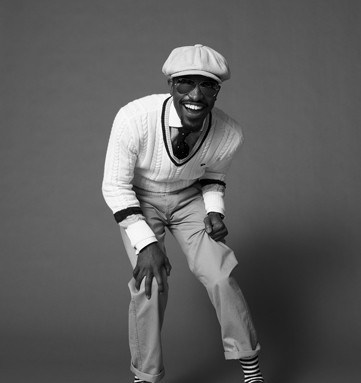 GQ is unveiling the finalists of its second annual Best New Menswear Designers in America project in its February issue, on newsstands today. The initiative is in collaboration with the Council of Fashion Designers of America and includes corporate partners Levi Strauss & Co. and Bloomingdale’s.

The finalists are André Benjamin of Benjamin Bixby; Alex Carleton of Rogues Gallery; David Mullen of Save Khaki; Sam Shipley and Jeff Halmos of Shipley & Halmos; Robert Geller, and Yigal Azrouël. The designers are all featured across  eight pages in GQ’s February issue.

“We looked at 20 to 30 lines, and these are the gems among the young men’s wear  designers working today,” said Jim Moore, creative director at the magazine, who oversees the selection process for the finalists. “Our goal is to really elevate awareness for new men’s wear designers and help give them a chance to succeed.”

The winner from among the six brands will be awarded $50,000 and the opportunity to design a capsule collection for Levi’s, which will be sold at select Bloomingdale’s locations in the fall and on levi.com. Additionally, the winning designer will receive business mentoring from GQ, Levi’s and Bloomingdale’s.

The winner will be chosen following a Feb. 11 party at Rockefeller Center, where the designers will present looks from their fall collections to fashion world insiders, including retailers and editors. The deciding panel is comprised of designer Thom Browne; Levi’s vice president of marketing Robert Cameron; Bloomingdale’s vice president of fashion direction for men, home and young world Kevin Harter; CFDA executive director Steven Kolb; GQ editor in chief Jim Nelson, and Moore.

“I am inspired by the creativity of this year’s finalists,” Kolb said. “Now more than ever, GQ’s support of and investment in young talent is needed and will help propel the continued growth and stability of the American men’s wear market.”

This is the second year GQ has partnered with the CFDA, Levi’s and Bloomingdale’s to create a prize program, but it’s the third year the magazine has carried the Best New Menswear Designers feature within its pages. The winner of last year’s prize was Daiki Suzuki of Engineered Garments.

“The Levi’s brand has a long history of supporting emerging American design talent,” said Cameron. “After all, it was the pioneering, innovative spirit of Levi Strauss that led to the invention of an American fashion icon — the original, button-fly 501 jean. We’re excited to continue in this tradition.”