The exhibition is timed with what would have been the Hollywood-actress-turned-Monegasque-royal's 90th birthday.

"Grace of Monaco, Princess in Dior" at the Christian Dior Museum.

Beginning April 27, the Christian Dior Museum, located in the designer’s family home in Granville, Normandy, will welcome more than 85 dresses from Kelly’s personal wardrobe, as part of an exhibition dedicated to her close relationship to the house of Dior.

“Grace of Monaco, Princess in Dior” will showcase the large collection of Christian Dior pieces previously owned by Kelly, carefully preserved at the Monaco palace since her death in 1982. Running until Nov. 17, the exhibition is timed with what would have been her 90th birthday.

The Hollywood actress, who starred in Hitchcock’s “Rear Window” in 1954, chose to wear Christian Dior as she entered into Monegasque royalty, following her marriage to Prince Rainier III in 1956: she appeared in a Dior gown at her engagement ball held at the Waldorf Astoria in New York that year, and chose the “Colinette,” a haute couture creation from Christian Dior’s fall 1956 collection, to wear in her first official portrait as Princesse Grace of Monaco.

“Grace Kelly’s relationship with the maison Dior reveals the central place the house occupied in fashion at the time,” explained fashion historian Florence Müller, who curated the exhibition. To prepare the displays, Müller was allowed into the Monaco Palace’s archives to discover the hundreds of dresses belonging to Princess Grace: one-third of them were from Christian Dior. 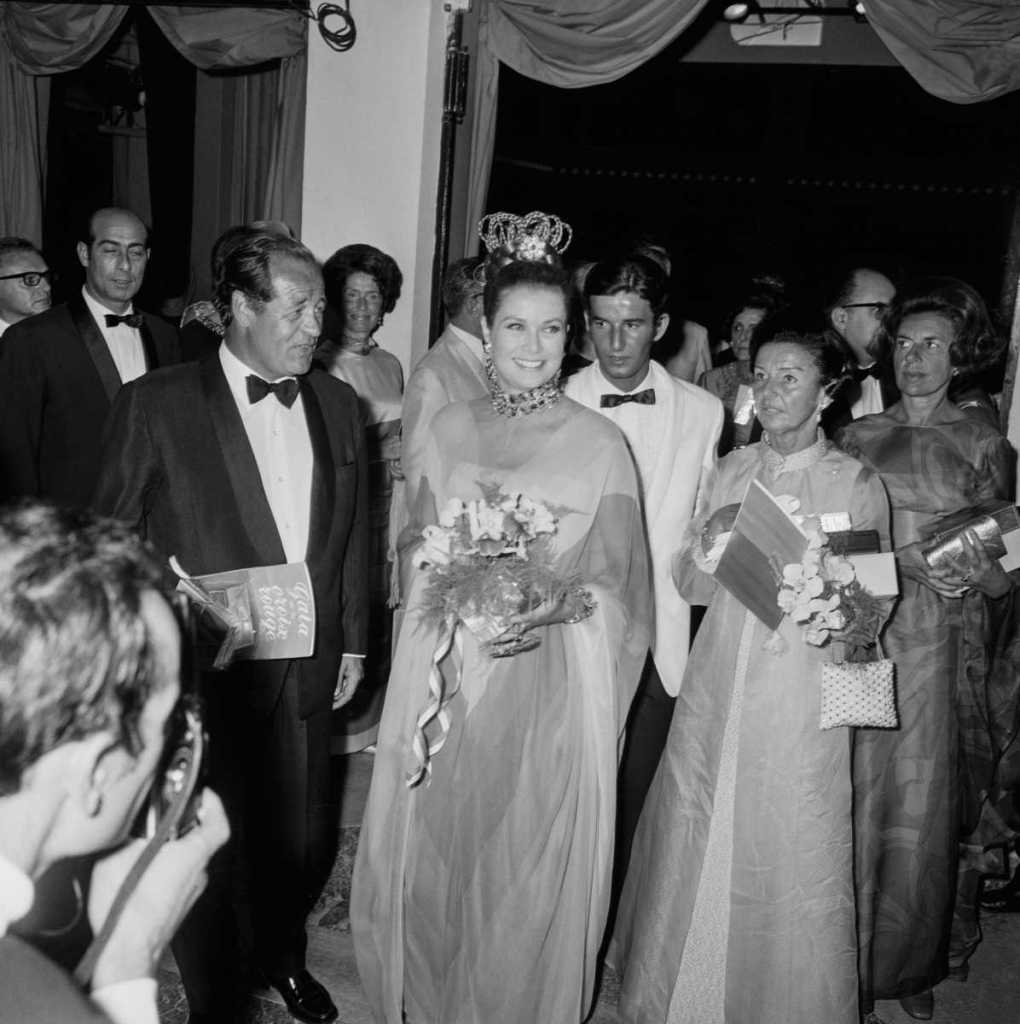 Grace of Monaco wearing Christian Dior at a gala dinner on Aug. 10, 1968, in Monaco.  KEYSTONE-FRANCE/GAMMA-RAPHO

“Bohan was often invited to receptions and events at the Palace, and went on to play the role of uncle to Grace’s two daughters, Stephanie and Caroline,” said Müller, who traveled out to Burgundy to meet Bohan for the exhibition.

“She was emblematic of my style, a style that captured attention but was never aggressive,” Bohan told Müller during an exclusive interview for the exhibition’s accompanying book, published by Rizzoli. “Shirtdresses, blouses and crêpe de chine suited her taste perfectly.”

The exhibition offers a dual vision of one of history’s most celebrated princesses, known for her enigmatic beauty. Haute couture dresses in vaporous chiffon or lined with feather details are testaments to her life as a public figure, while her impressive collection of shirtdresses, tweed suits and clean-cut blouses point to her day-to-day existence as a mother, wife and modern woman.

“Marc Bohan perfectly understood her role: she needed to be stylish, but respectful of etiquette,” said Müller. Long-sleeved dresses feature heavily in the exhibition, but always with a fashion twist: “The Bayadère dress is emblematic of the balance Bohan had to create: its long sleeves and high neck cover the body, but its caftan shape and vibrant colors are perfectly in keeping with hippie chic fashion, which was all the rage at the time.”

Kelly’s personal effects will also be on show at the Christian Dior museum, such as her accessories, letters, and even excerpts from archival films issued by the Palace of Monaco.

“Before Grace of Monaco, royalty remained a private affair: princesses weren’t seen in public as much, or photographed by the press,” explained Müller. “She represents a moment of change of etiquette, a real rupture.” Not unlike another Hollywood actress turned modern-day royalty.