"Most jewelers set diamonds up high to look bigger, but I wanted them to be as flush to the hand and wearable as possible. A simple prong setting felt like the Eiffel Tower on my finger," Lee said of her design approach.

“The whole idea was a customized space that feels more like a home than a shop,” said Lee, whose modern-minimalist, just-edgy-enough pieces are loved by Los Angeles tastemakers including Miranda Kerr and Charlize Theron, designers Clare Vivier and Heather Taylor. “And the good news is the pandemic doesn’t change my concept, which is intimate shopping,” she said during a tour of the 1,000-square-foot space with custom light wood cases, a folding mirrored wall and Serge Mouille ceiling lamp over a private shopping room separated by La Cantina glass doors.

Business has been stable throughout COVID-19, even though production was shut down for two months, said Lee, who has been hosting custom design appointments via Zoom. Seventy percent of her business is bridal jewelry, and she will begin seeing clients in person again on Friday by appointment. 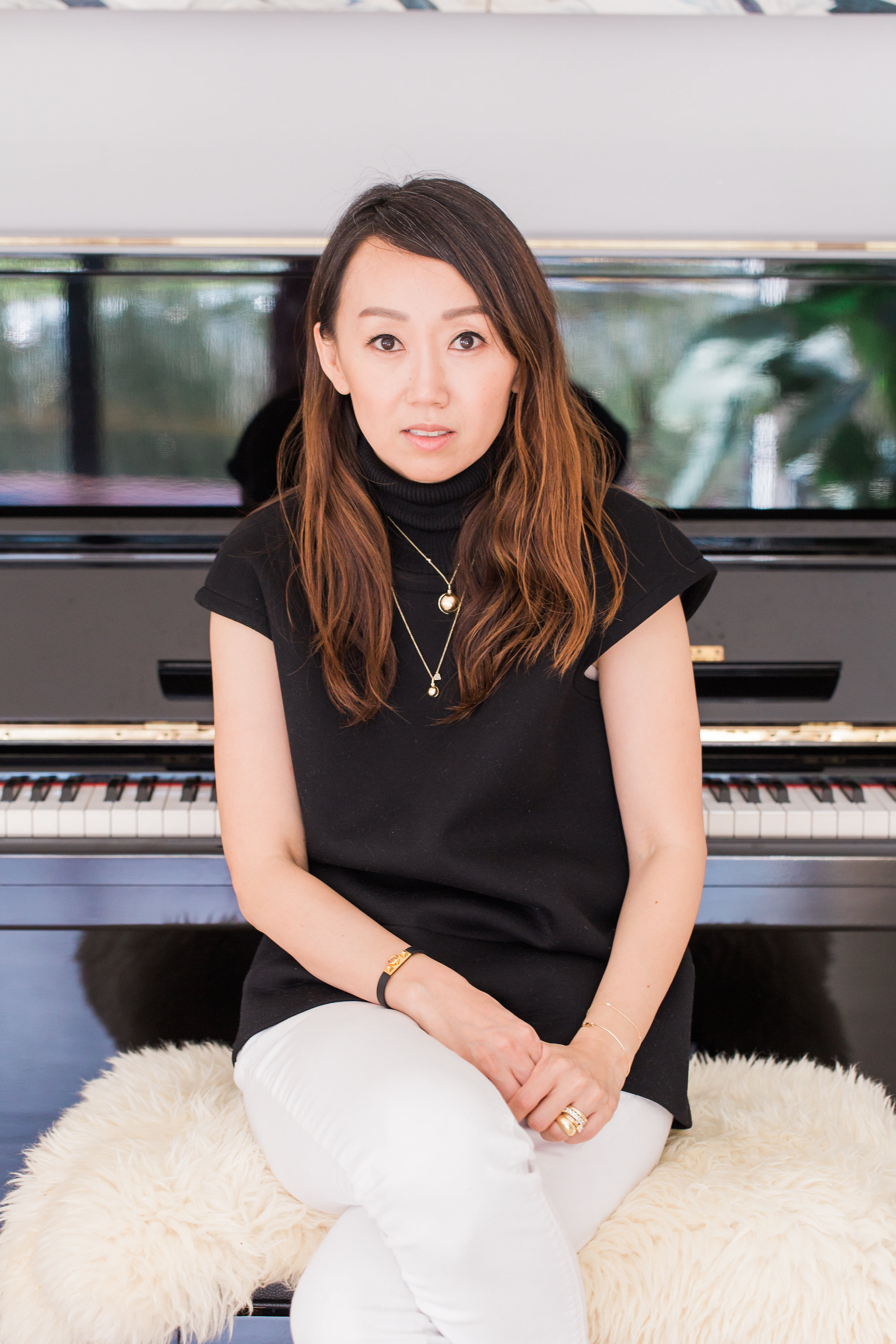 With an MBA and a background in finance, Lee didn’t plan on getting into jewelry, however. Then she got engaged. “I wasn’t one of those brides who knew what she wanted, I didn’t have a dream ring,” she said. “Tiffany and Cartier were very boring to me because everyone else had it. Most jewelers set diamonds up high to look bigger, but I wanted them to be as flush to the hand and wearable as possible. A simple prong setting felt like the Eiffel Tower on my finger. And traditional jewelers try to push ideas on you, that was my experience and it was terrible,” she explained. “I wanted livable jewelry.”

“After that, people asked me to help design their rings,” said the Southern California native, who was working for a bank at the time. “So during my lunch break I’d meet someone and help them.”

During maternity leave, after having her first daughter, she designed a couple of other pieces. People tried to buy them off her body at a baby shower. So in 2008, she made it official, putting some designs for sale on the Internet and scoring her first retail account, Mohawk General Store in L.A. Eventually others picked up the line, too, including Goop, Marissa Collections, Net-a-porter and Barneys New York, with which she had a six-figure business before the retailer’s bankruptcy.

“Everything evolved naturally,” she said, adding that she swore she’d never open her own store. “But now I have 15 collections and more than 1,000 sku’s, and I have people emailing asking who is carrying this and that, and no stockist has everything. That was in the back of my mind. And the custom component is a huge part of business. We do wedding rings, push presents, law school graduation presents, I have developed lifelong relationships with my clients, so I thought doing an intimate store wasn’t the worst idea. Plus, being able to come into a space helps you understand the overall design aesthetic of a brand.” 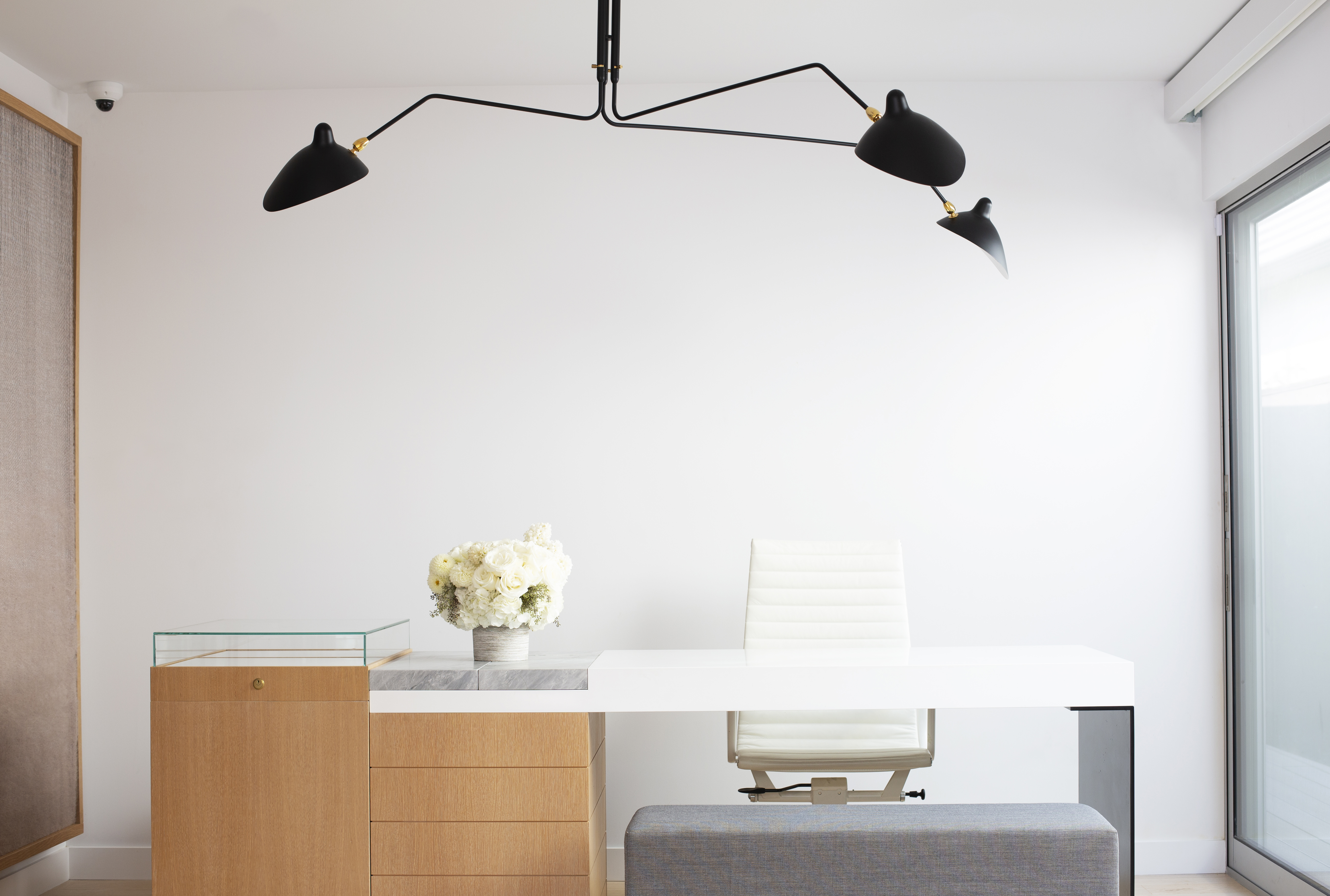 She already has a waiting list of customers wanting to make appointments. “People love to have input and know they have a custom thing we talked through based on what they like and how they live.”

Her most popular bridal diamond cut is an oval rose. “It’s flat so it’s more flush to the hand. Because it’s more glassy and not crazy disco ball faceting people have traditionally been less into them, but the way we set them the light comes in from behind and they shine,” she said, noting that she designed an engagement ring with the cut for Vivier’s niece, and received a number of inquiries after an image of the piece was posted to Instagram.

“For the ‘Dome’ rings, I wanted a more feminine style of the classic men’s band, that’s how those came about,” she explained of the chunky stackable rings with oval-set diamonds on either side that are a modern take on a wedding ring. “The petite ‘Lace’ band is a very popular wedding band for the price point of $300 or $400,” Lee said.

Lee designs two collections a year. (Prices for her jewelry start at $108 for a diamond disc cord bracelet.) She has been inspired by columns of late, which take the shape of a heart on rings and pendants in the new Cora collection. “It’s chunky but comfortable and light,” she said of a gold single-sided heart pendant that can be customized with a loved one’s name.

“I see something in my mind and interpret it to jewelry,” Lee said of her design process. “Because I don’t have a formal jewelry background, I don’t have the normal box to think in. I’m not confined by it.” 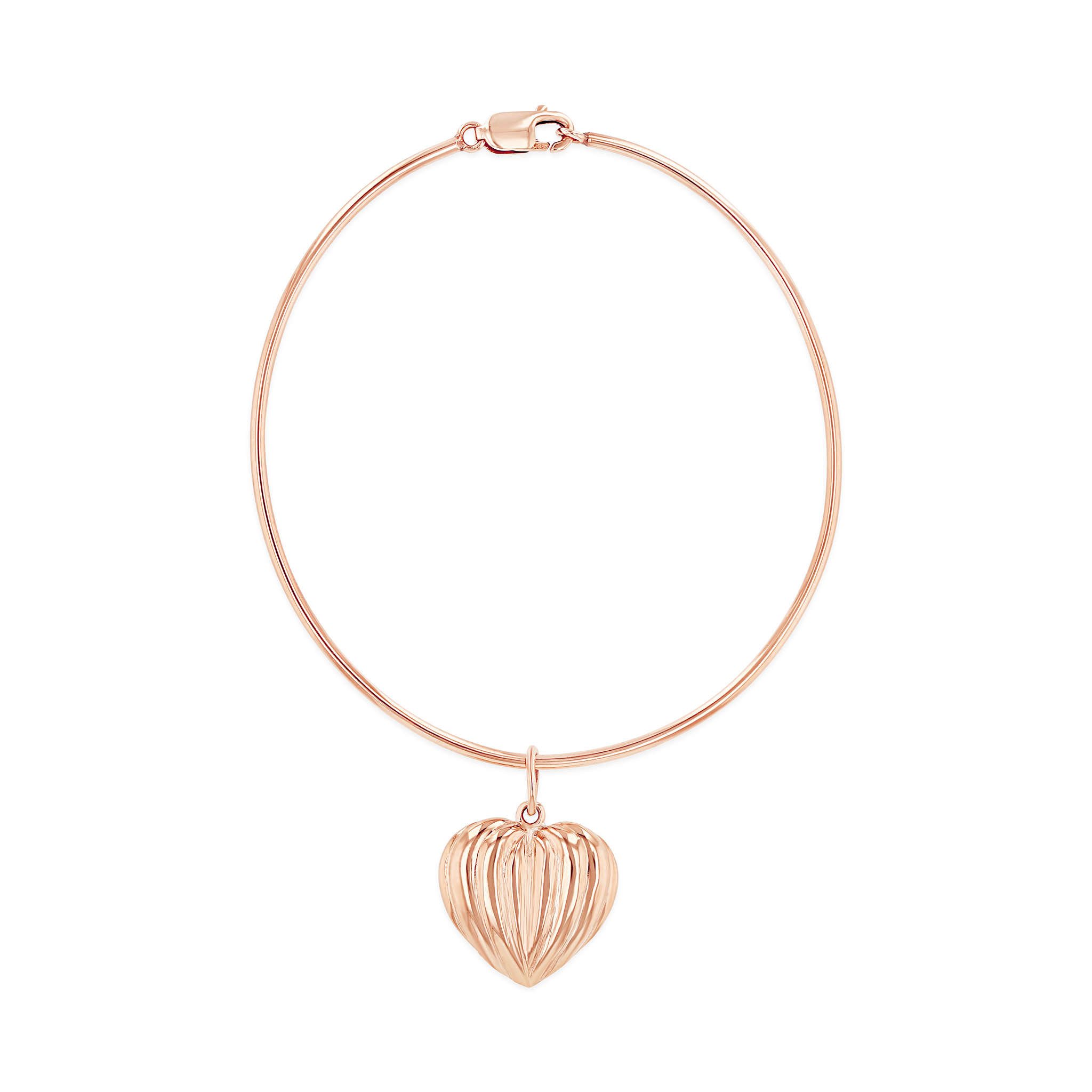 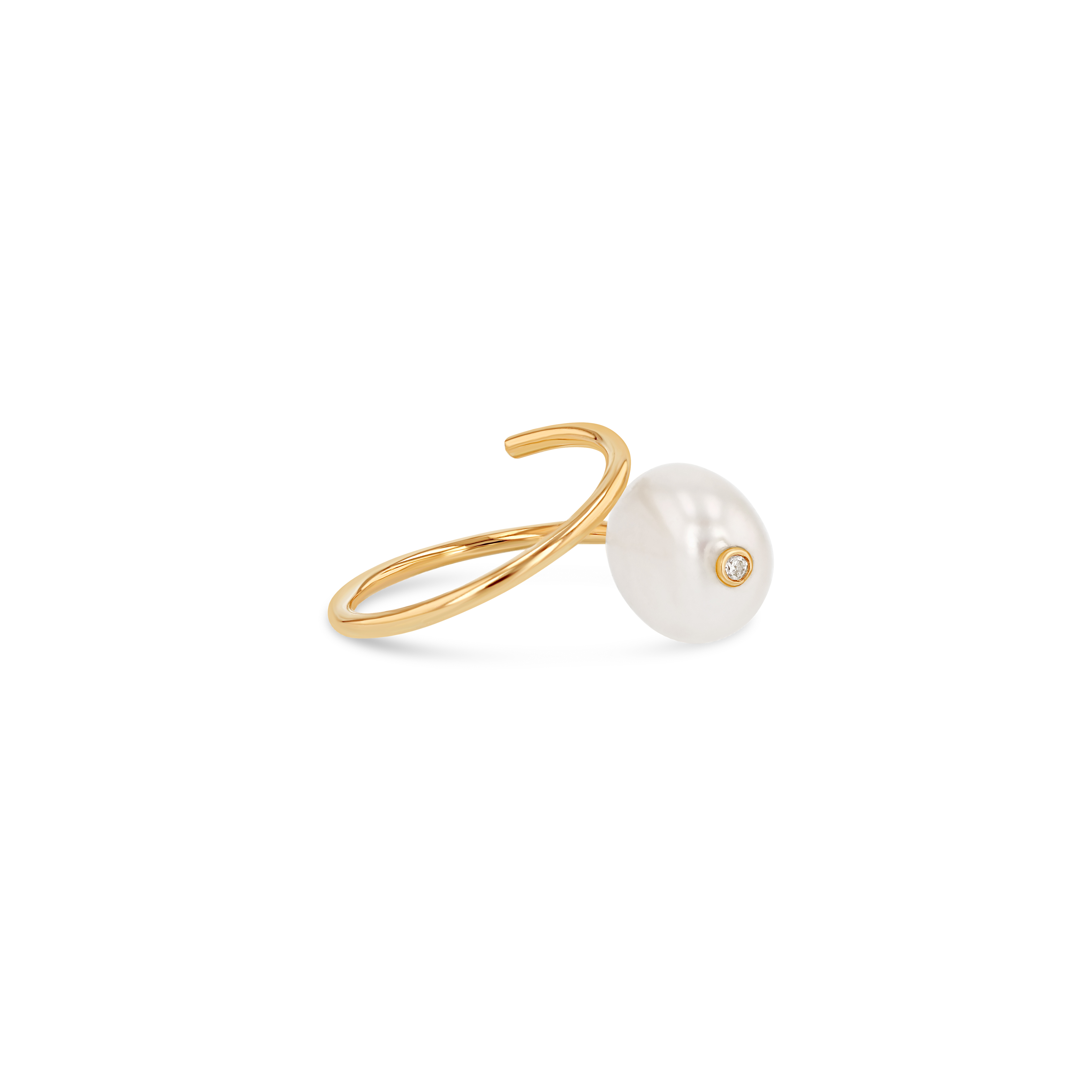 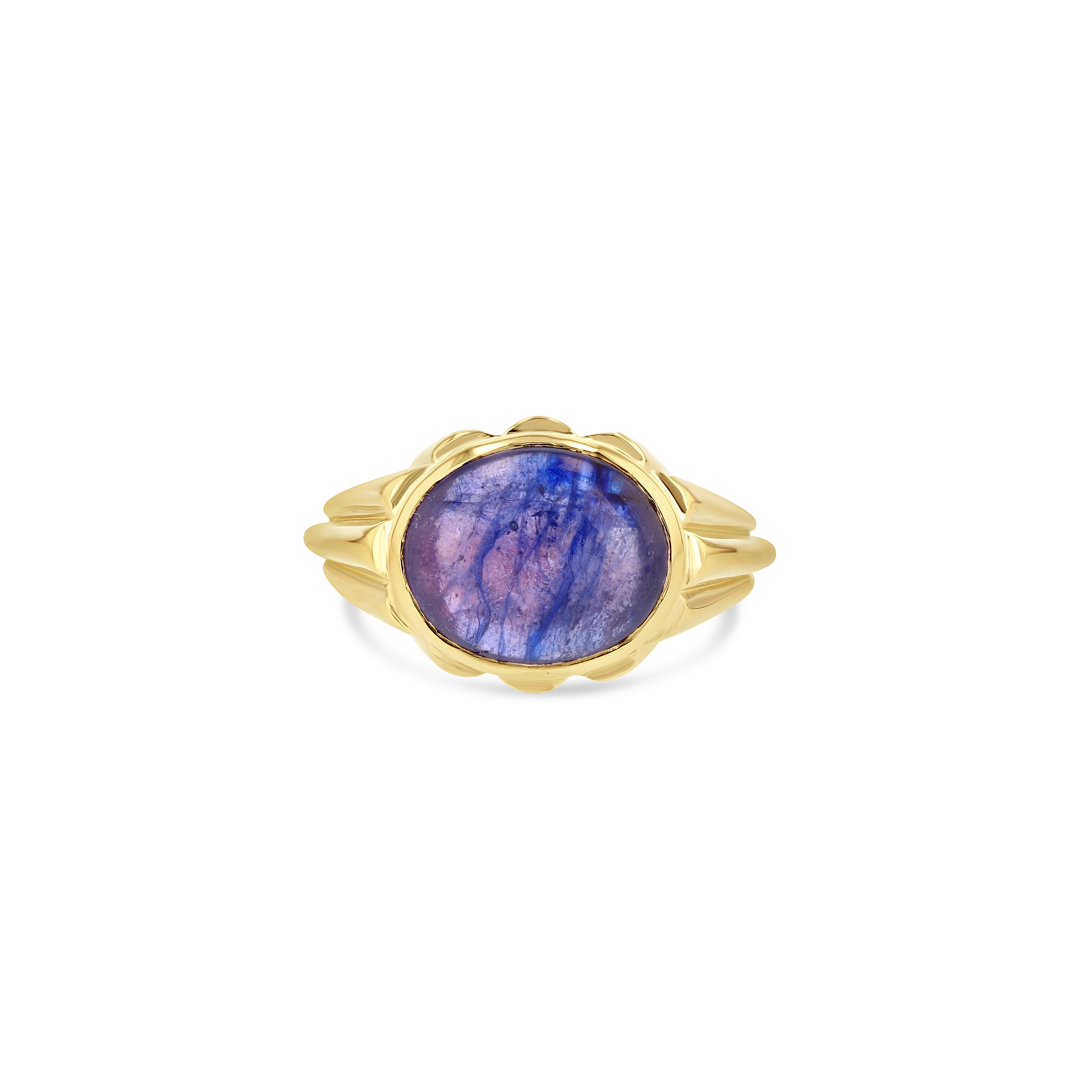 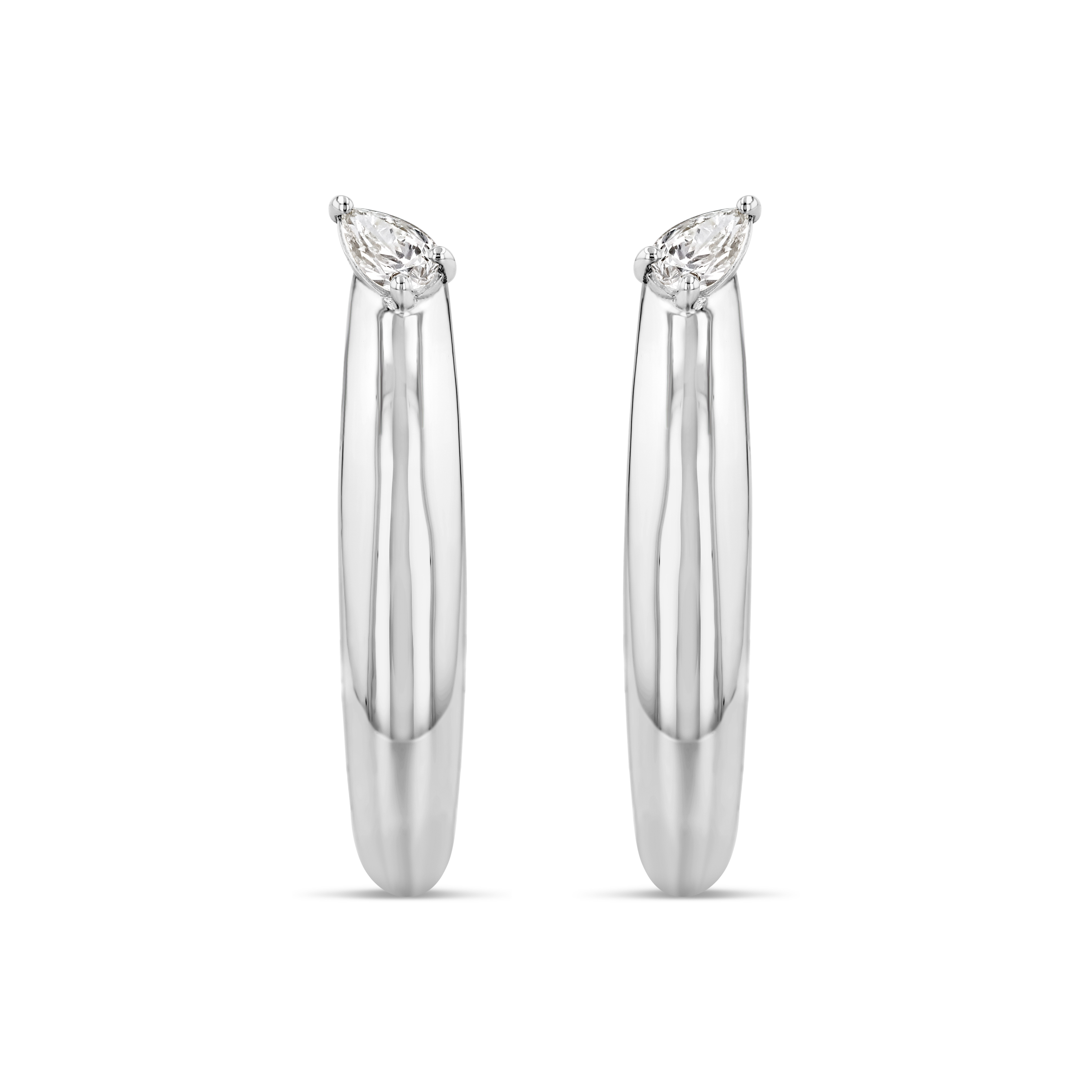