The designer’s fall 2021 men's collection forms the final part of a triptych that explores Black Caribbean culture and communities on both sides of the Atlantic.

Grace Wales Bonner has gone back to college, and cracked open her poetry books, for a collection inspired by Caribbean thought and intellectualism, expat students in Britain and the wardrobes of writers, poets and academics in the 1980s.

Her fall 2021 men’s collection, which she always shows together with women’s, is the last in a three-season series that looks at tailored clothing, knitwear and accessories through the lens of Caribbean culture and communities on both sides of the Atlantic.

Last January, she wowed the London crowds with a show that took place in a makeshift church hall with big tables, bowls of fruit punch and trays of fragrant food steaming away in the corner.

The vibrant collection conjured 1970s London fashion through the eyes of young British Afro-Caribbeans, and celebrated their irreverent mix of Savile Row fabrics and shapes with punchy colors inspired by islands including Jamaica, Barbados and the Grenadines. 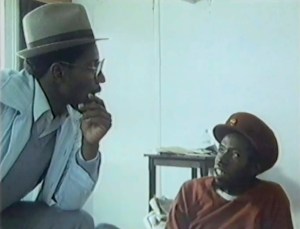 Last September, for her spring 2021 collection, Wales Bonner looked at 1980s Jamaican dance hall culture and traditional codes of British tailoring. She cut up and repurposed Savile Row suits with bits of activewear and lots of retro details.

Her fall 2021 men’s collection forms the final part of the triptych, and will appear as a look book and a film. The collections will make their debut on Saturday as part of Paris Fashion Week.

This is the second time that Wales Bonner picked Paris, having shown her collection in the French capital last September.

“The history and image of the city are quite important, and I think it’s a great place to show men’s wear. It makes sense for us, and gives us more international visibility,” Wales Bonner said.

The fall collection promises to be more cerebral than the first two. 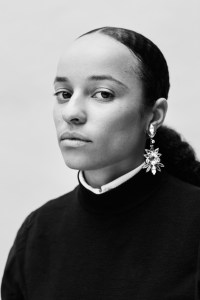 She returned to the works of the Barbadian poet, Fulbright scholar and New York University professor Kamau Brathwaite, and to the writing of Derek Walcott, the Saint Lucian poet who won the 1992 Nobel Prize in Literature. Wales Bonner also drew from a book called “Black Oxford: The Untold Stories of Oxford Universities’ Black Scholars.”

“Grace is very, very interested, and clued-up, about the process of making, and she’s very strong on cloth, and where it comes from, which is not always the case with designers,” said Anda Rowland, who owns and runs Anderson & Sheppard.

Rowland said the tailoring team worked closely with Wales Bonner on jackets and trousers, the latter of which were a true challenge to make.

“Grace designed the trousers in an imaginative way. It was quite an art to put them together — and technically pretty demanding,” said Rowland, adding that she asked two of the house’s younger cutters to work on them because she wanted to push them.

Rowland said Wales Bonner always does a lot of research, and has a flair for combining tailoring with looser-fitting garments.

The set for the look book photos was Goodenough College, a post-graduate institution in London, while the film was shot on location both in London and Jamaica.

Asked why she chose a triptych format for her collections over the past year, Wales Bonner said she likes the idea of exploring ideas over a long period of time and working in installments.

“I’m definitely interested in how I can stretch time, interrogate a subject over seasons, and go in-depth,” the designer said.

The past months of lockdown have certainly allowed her ample time for research, and she said that the COVID-19 restrictions had been freeing, from a creative standpoint.

“I was able to spend more time researching. It’s always an enjoyable process for me, a deep dive into literature and film and more time spent on the craft of making. Sometimes, with [runway shows], there’s a level of distraction,” she said.

Having to work with such severe restrictions on movement and travel also brought her closer to her manufacturers and collaborators.

“Working with people in Jamaica, and more long-distance, has been exciting. It’s been a meaningful time for relationships, for making connections, and thinking about what feels essential, what feels important to the brand. I was asking, ‘What strands do I want to carry forward?’ It’s been an exercise in refinement,” the designer said.

Wales Bonner said that while she’s been happy experimenting with new formats and new ways of working in lockdown, she’ll most likely return to live shows once COVID-19 restrictions are lifted.

“It’s nice to present things in a more direct and democratic way, a way that allows people to access and understand the thinking behind the collection. But creating live moments and experiences is a really important part of how I like to work.”