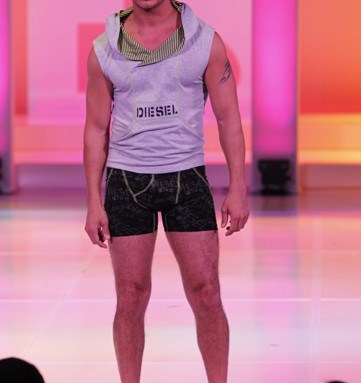 Under the tutelage of such designers and labels as Cynthia Rowley, Bob Mackie, Diesel and Juicy Couture, students at Otis College of Art and Design displayed their designing skills (swimsuits, loungewear, evening gowns and sportswear) on Saturday at the Los Angeles-based school’s annual gala, held at the Beverly Hilton Hotel.

The mentors for the junior class included Rod Beattie, the designer of swim line Bleu, as well as Diesel, Forever 21, Hurley and Nike, Juicy Couture and Old Navy. Beattie, for instance, instructed his class to create swimsuits inspired by Yves Saint Laurent, while a team from Diesel taught on loungewear and underwear. Forever 21 turned to the Fifties as inspiration for promwear, and Hurley and Nike advised students to be eco-conscious as they designed sustainable and convertible activewear.

Mackie also received the 2011 Design Legend Award from the school, and Art Coppola, the chairman and chief executive officer of real estate firm Macerich, was honored with the 2011 Creative Vision Award for opening the year-old mall Santa Monica Place.

As for the students’ clothes, each senior mentor picked the top look in their class based on overall design direction and execution — from sketch to fittings to final product. Yi Seul Choi took honors in Max Studio’s class for a cocoon coat paired with drainpipe pants printed in a chevron pattern. In the Sean John class, Katrina Flores updated a leather bomber jacket with zippered shoulders. Mona Jung created a cape-like effect out of a jersey panel on her winning dress for BCBG Max Azria. Esther Kim used an ombré technique on two dresses — one short and frilly, the other long and elegant — for Rowley. Working with Kaufman Franco, Bara Kwon and Sung Hee Shin stitched feathers and beads into a glitzy vest, and Mackie’s students Holly Buskirk Petersen and Caitlin Knox incorporated studs and feathers into a tough but flirty cocktail dress.