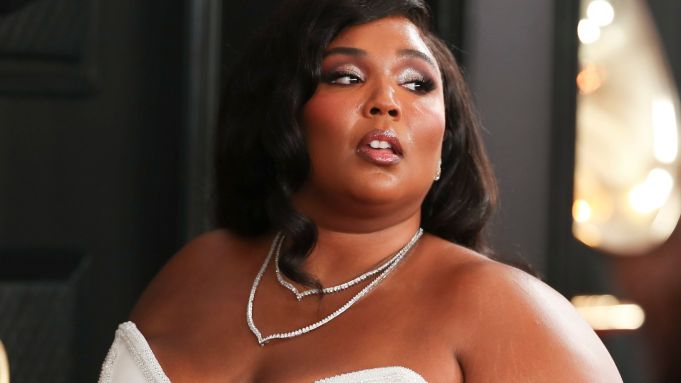 Staples Center may be the house that Kobe Bryant built, but the Grammys went on as planned there Sunday night as Los Angeles mourned its hometown hero.

“Tonight is for Kobe,” Lizzo said, opening the show with the soul-lifting version of “Cuz I Love You,” which everybody needed at the moment, complete with LED ballerinas.

But the heavy mood didn’t completely crush the Grammys’ trademark OTT red-carpet exhibitionism, with Ariana Grande sitting down in a puddle of dove-gray Giambattista Valli princess tulle, Lil Nas X strutting in pink Versace chaps and Tyler, the Creator coming dressed as a bellhop…just because. Even the smallest gestures were big, thanks to some mega manicures — Billie Eilish’s Gucci-greens, Rosalía’s crystal talons and Lizzo’s nail charms among them.

But this was a different Grammys exhibitionism than even five years ago. And viva la difference! Long gone were the nearly naked, sheer and side-boob looks of yore. This Grammys was about music’s new divas, from Billie Eilish to Billy Porter, today’s vanguards of individual style challenging what a rock star looks like at a time when diversity is still not a reality, even within the Grammys organization itself (which may or may not have been the reason Beyoncé joined Taylor Swift in being a no-show, and Cardi B skipped the carpet, depriving viewers some of the night’s highest fashion wattage).

Lizzo used her moment to redefine what a red-carpet goddess looks like, wearing a custom white Versace gown and furry stole inspired by old Hollywood. (The Grammys have belonged to Versace for 20 years, ever since Jennifer Lopez’s plunging green jungle dress in 2000, which she reprised on the runway in September.)

The body positivity crusader researched icons including Marlene Dietrich, Madonna and Whitney Houston, and then made the look her own, stylist Marko Monroe told WWD. “We noticed they all had moments in white gowns, even Marilyn.…We wanted to turn up the volume with this classic gown shape.”

Now it’s up to Versace to use or lose the moment to embrace more larger sizing in its ready-to-wear. Because fashion should probably be inclusive for everyone, not just Hollywood celebrities, right? (For the actual show, Lizzo changed into an off-shoulder black velvet ballgown by the king of inclusivity: Christian Siriano.)

Another member of the new vanguard, Eilish’s oversize, skater-goth style is post-sexy in the most kick-ass feminist way. She collaborated with Gucci on her crystal logo bowling shirt, sparkly turtleneck and jogging pants, all of which accented her acid-green hair. “The door is really open now to things being more gender fluid with fashion. She’s really had an influence over what people are wearing,” Eilish’s stylist Samantha Burkhart told WWD. (Meanwhile, one of the stylist’s other clients, Spanish star Rosalía, played the siren in a cool-as-hell wrapped, fringed and belted red-leather look by Alexander Wang that marked a welcome return for the designer on the red carpet.)

Carrying on his tradition of gender-bending, Porter put the spotlight on L.A. brand Baja East, designed by Scott Studenberg, who will show his next collection here on Feb. 7. He wore a turquoise fringe flared bodysuit, cropped jacket and “paparazzi-proof” retractable fringe beekeeper hat, all emblazoned with 70,000 crystals.

“We sat and watched videos of Donna Summer, Patti LaBelle and Diana Ross. Then we said how can we do something Billy, because he’s going into the music industry again and having fun being inspired by disco music,” said Porter’s stylist Sam Ratelle of the look that came together in just two weeks, with the help of milliner Sarah Sokol and Smooth Technology on the retractable fringe bucket hat.

A diva for a new day; music always has a way of pushing things forward. “I think that’s what it’s all about,” Ratelle said. “An artist’s job is to tell the tale of the times.” 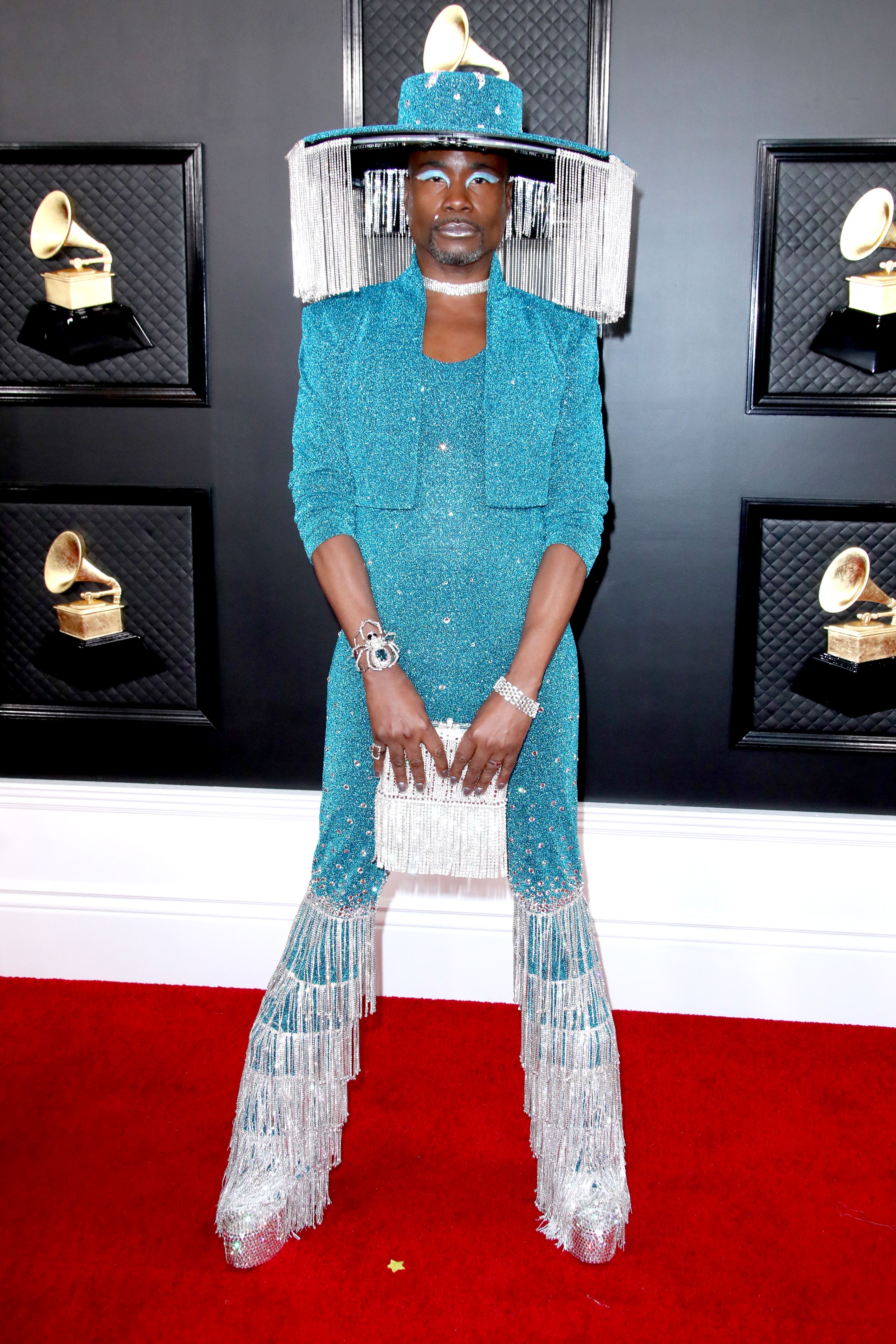