Italian brand has brought its 90th anniversary celebrations to Kyoto with an archival show at one of this city’s most famed temples. 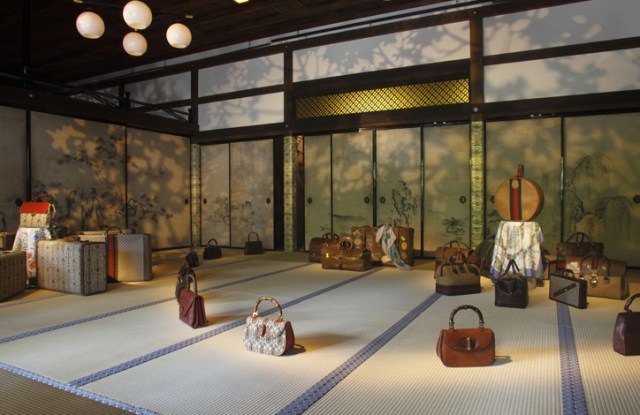 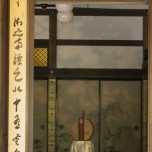 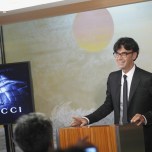 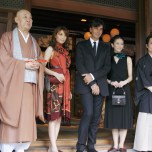 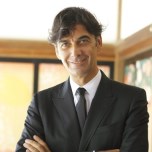 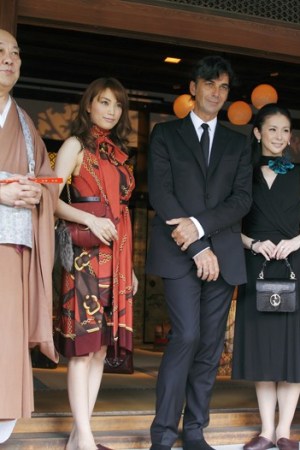 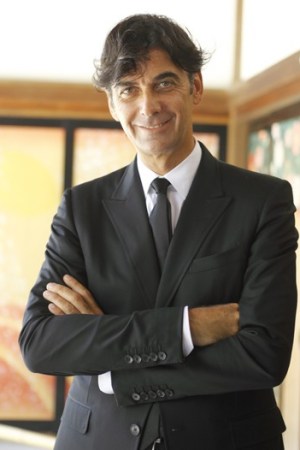 KYOTO, Japan — Gucci has brought its 90th anniversary celebrations to Japan with an archival exhibition at one of this city’s most famed temples, underscoring the Italian brand’s long-term commitment to a market that chief executive officer Patrizio di Marco claims is showing resilience even as it absorbs the trauma of the March earthquake and tsunami.

The disaster forced Gucci to cancel some of its birthday festivities in Japan set to take place earlier this year but it ultimately decided to forge ahead with the Kyoto project. From now through July 13, some 73 pieces from Gucci’s archives are on display on the tatami-floored rooms of a building that is part of the temple complex surrounding the Golden Pavilion. The items include several variations on the bamboo bags from decades past, logoed luggage and a golf bag from 1970.

Di Marco, a former Japan resident who just made his first trip to the country since the disaster, said the exhibition, along with two others similar in scope that will take place at the Kyoto University of Art and Design and the Gucci flagship in Ginza, both illustrate the brand’s rich history of craftsmanship and the links between its hometown of Florence and Kyoto, which are twin cities.

“It’s always better when you think you have talent to keep a low profile and do understated but relevant things rather than make big splashes and do big parties,” he said in an interview at a suite in the Hyatt Regency overlooking a Japanese garden.

The executive, who lived in Japan for several years working first for the now-defunct GFT and later Prada, stressed that the Japanese market remains an important one for Gucci. Although the Japanese market for luxury goods has been slowly declining for years and it seems as though brands are focusing more of their energies on fast-growing China and emerging economies, Japan still offers up business opportunities, he argued. Initiatives like the Kyoto exhibit are critical as brands slug it out for market share in what is one of the most competitive landscapes in the world.

Japan comprised 14 percent of Gucci’s full-year 2010 revenue of 2.67 billion euros, or $3.61 billion. It is Gucci’s fourth-largest market after the rest of Asia, Western Europe and North America.

“It is true we are past the moment of logo mania, parasite singles and the things that made the boom in 1990s Japan, but it’s also true the Japanese consumer is the most — or one of the most — sophisticated that exists in the world. They know everything, choose very carefully,” di Marco said. “They’re very attentive to all of those important variables behind a product — now much more than they could have been 15 years ago when they were probably much more…guided by the strength of the brand.”

Although he declined to give sales figures, di Marco said that Gucci’s business in Japan since the quake has been “much more positive than what you could have expected,” adding that sales had started to recover before the quake.

“We were achieving some positive signs that we hadn’t had for a long time,” he said. “There’s a positive trend that — even if it’s less evident [after the disaster] — continues to be there.”

Obviously Gucci lost sales when it closed 16 of its stores in Japan for about 10 days after the quake but consumers resumed their shopping as soon as the brand reopened its doors, the executive said. Gucci had 60 stores in the country as of the end of March, making it one of the biggest European luxury players in Japan.

Di Marco said he believes consumers feel the need to treat and console themselves after experiencing something as traumatic as the events of March 11 and this is one factor supporting Gucci’s sales.

That said, he warned that it’s important to be cautious about the coming months. It’s still not clear how much the crisis will impact Japanese travel abroad. Energy shortages mean retailers will need to cut back on the use of air conditioning, which will undoubtedly make the shopping experience less enjoyable during the hot and sticky summer months. There are still sizable aftershocks at times. A 6.7 quake struck northeastern Japan as recently as this past Thursday.

“We knew about the economic, macroeconomic situation. It was very difficult before and obviously now it’s even more difficult,” he said. “For the luxury industry, there weren’t any significant blows but I think that is necessary to have a very cautious approach and wait to see.”

Di Marco said Gucci is working aggressively to retain its existing consumers in Japan and lure back others who are “inactive” and haven’t spent in the last six to eight months by doing a better job communicating about the products and the work that goes into produce them.

The executive said foot traffic at Gucci’s stores in Japan has been declining, which is an ongoing characteristic of the market, but the brand is enjoying a greater conversion rate as those who enter the stores are actually shopping.

He also said Gucci is trying to minimize the price differential between its goods in Europe and Japan, unlike many other luxury goods companies. At the base level, Gucci charges about 25 to 30 percent more for its products here than in Italy to cover the cost of shipping and import duties but exchange rate fluctuations can widen the differential even more, he said, adding that Gucci can’t alter its pricing structure once the season starts as it still has a wholesale business involving myriad players.

The executive went on to state that, on an international level, Gucci has kept its price increases to a minimum of just “a few percentage points” despite a steep hike in prices for raw materials such as gold, cotton and leather.