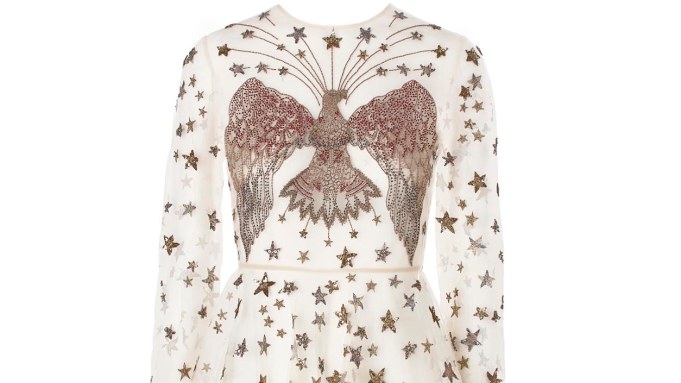 There’s some correlation to be drawn between the classic Carnegie Hall joke and the arrival of Gwyneth Paltrow’s first Goop Mrkt pop-up store in New York City at the Time Warner Center.

Opening Nov. 23 until Dec. 24, the temporary store is Goop’s fourth of its kind but the first in Manhattan. (Previous iterations of Goop Mrkt were in Los Angeles, Dallas and Chicago.) Paltrow wanted to practice her pop-up skills before debuting them on Broadway.

“One would think New York City would be the first location for a pop-up, and that is precisely why we waited,” Paltrow said. “What started as an experiment has become a viable business for us. We wanted to get the New York City location operating at another level, which it will be, from a design and merchandising standpoint.”

In terms of design, Paltrow, who founded Goop in 2008 and is its chief creative officer, worked with the firm Roman and Williams to create an interior mood of “downtown, uptown with handmade custom furniture and accessories that create unexpected juxtapositions in a high-touch loft setting,” as a press release put it. As for the merchandise, Paltrow does not lack for fashion friends in high places. She has previously enlisted Stella McCartney and Scott Sternberg of now-defunct Band of Outsiders for Goop collaborations. For the New York pop-up, Paltrow hit up the heavy hitters at Valentino, where she has a lengthy relationship with the house founder Valentino Garavani and current creative directors Maria Grazia Chiuri and Pierpaolo Piccioli. Together, Chiuri, Piccioli and Paltrow will premiere a Valentino x Goop “Wonder Woman Valentino” capsule collection.

“It’s our first time collaborating with a celebrity,” said Chiuri, noting that she and Piccioli frequently work with other creatives on their Valentino collections. Celia Birtwell designed exclusive prints for fall 2015, for example. For this project, they’re working with the Roman street artist Solo, whose work often involves comic book characters, thus making him ideal for a capsule inspired by Wonder Woman.

“All women are in some way Wonder Woman because they have to think about the job, about the kids, about the husband,” Chiuri said. “Our idea was to do something some that can play with fashion and pieces that are a little punk and a little bit rock ‘n’ roll in attitude. It helps women mix together things that can be fine and fun.” The pieces are, for the most part, designer level luxury items. A leather jacket with starburst, studded embroidery and a falcon motif that also appears on a long-sleeved tulle dress retail for $6,950 for the jacket and $8,900 for the dress. There are 24 items, apparel and accessories, in the Goop capsule, which is actually a preview of a larger Wonder Woman Valentino capsule that will be in the brand’s stores globally in April. Paltrow will host an in-store event and dinner with Chiuri and Piccioli in New York on Dec. 2.

Chiuri and Piccioli’s relationship with Paltrow precedes her involvement with Goop, a lifestyle venture that people love to hate for its perceived smug, spoiled superiority. Paltrow seems to relish in it, continually baiting the haters — who drive traffic, too — with items including a $950 toilet paper set by The Standard for Josephier and the $55 Devi Steam Seat, which, for the uninitiated, is used for vaginal steam baths. Both of those gifts appear in the “Ridiculous (and Awesome)” section of Goop’s 2015 gift guide. Chiuri and Piccioli said they didn’t hesitate for a second when Paltrow approached them about a partnership during Valentino’s July couture show in Rome. “We know her as a person and an artist and a very good friend, so we don’t see her as a celebrity,” Piccioli said. “We don’t care what people think. We love working as a factory, where you can do new projects and new challenges. Goop and Gwyneth represents a point of view with different people, so we think it’s worth it.”

“Honestly, Pierpaolo and I are not so strategic,” Chiuri said. “When we did the ‘Zoolander’ moment in our show that was only because we had a relationship with Ben Stiller and we love the film. In any case, we love Gwyneth.”

Other brands stocked in the New York Goop Mrkt will include Nili Lotan, Carven, Stella McCartney, Kjaer Weis, Juice Beauty and Staub, as well as products by Goop’s partners SmartWater Sparkling, Lands’ End, MasterCard, Reebok, Carbon38 and Dewar’s. Basically everything in the store — the custom interiors by Best & Co., and all custom furniture and decorative items done with Roman and Williams, Argosy, de Gournay, Les Looms and Carlos de la Puente Antiques – will be available for sale in store or online.

“My close collaborators from Roman and Williams are designing an incredible space and the inventory will be diverse and very specific to us, whether it’s a make-your-own Epsom salt bath or an exclusive Valentino piece,” Paltrow said.