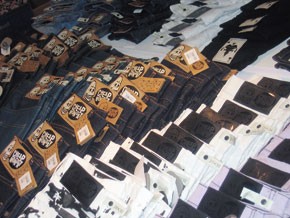 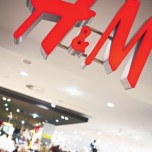 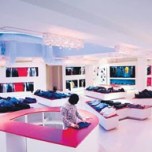 “We have the common ambition to build another Levi’s or Diesel,” said Jörgen Andersson, H&M’s marketing director.

In March, H&M said it was acquiring a 60 percent stake in privately owned Fabric Scandinavien, the company behind Cheap Monday and contemporary fashion chains Weekday and Monki, for 564 million kronor, or $91.7 million. The deal, concluded earlier this month, includes an option for H&M to acquire the remaining 40 percent within three to five years.

The two Swedish companies are fueled by a mutual goal to bring low-priced fashion to the masses.

“We share the same democratic approach,” said Andersson. “You should be able to be fashionable and stylish without having to spend a fortune.”

Operating as a stand-alone subsidiary of H&M, which has pledged to respect each brand’s personality, Fabric Scandinavien retains design control while benefiting from the chain’s 60 years of experience and financial resources to grow at an even faster pace.

“It’s a question of putting a turbo on an engine that worked,” said Andersson.

Cheap Monday, which is sold in 28 countries, may eventually open its own stores, according to Fabric Scandinavien’s chief executive officer Lasse Karlsson. This year, Cheap Monday will enter 500 new doors, bringing its total count to 1,500. New markets will include South America, while it will step up its expansion in Russia and Asia.

Cheap Monday will also expand as Weekday, the unisex retail concept that carries the brand alongside other edgy fashion labels, rolls out globally, starting in Scandinavia. There are currently six Weekday stores in Sweden. Since opening its first boutique outside Sweden, in Copenhagen, in March, Weekday is scouting further locations in Denmark, Norway and Finland. Monki, which targets young hipsters, will open more stores in Sweden, where it has 13 boutiques, followed by Denmark, Norway and Finland. More global expansion will follow.

“Both Monki and Weekday are global concepts,” said Andersson, pointing to their target consumer of stylish youngsters without a fortune to spend on fashion. “The world is full of them right now.”

Key to attracting such customers, already fiercely fought over by the likes of Zara and H&M, will be designing each store individually rather than rolling out a standard format.

“Weekday and Monki stores manage to maintain some sort of personality,” said Andersson.

H&M offers security in terms of infrastructure, production and logistics. To change design directions faster, for instance, more of Fabric Scandinavien’s production, 80 percent of which is currently located in Asia, will be shifted to Europe to ensure quicker shipments. Prior to the acquisition, Fabric Scandinavien could only give retailers a three-month delivery window. Now, however, it can guarantee specific dates.

Cheap Monday’s ability to grow in a segment dominated by jeans selling at premium prices was what impressed H&M.

Cheap Monday’s price tags are set according to the so-called Big Mac Index — based on the theory of purchasing-power parity and the notion that a dollar should buy the same amount in all countries. Every pair sells for 400 kronor, 50 euros, 40 pounds, $65, $90 Australian and 8,000 Japanese yen, the same price points they started at three years ago. And unless cotton prices soar or currencies shoot in different directions, that won’t change.

Staying hip while appealing to the masses is the next challenge, noted Andersson. The downside of being mass market is the clash with exclusivity, he said.

“People want to look individual and look cool and have rare things,” he said.

That approach has drawn an eclectic clientele. At hip Parisian store Royal Cheese, where Cheap Monday’s slim jeans lead denim sales, the customer varies from 15 to more than 40 years old, according to owner Catherine Leung.

Cheap Monday is out to prove, though, that its appeal stretches beyond the slim look that made its name, and the Tight, which remains its bestseller. The Narrow, its second offering, has been the next most popular style.

“My only concern is, if the slim trend dies, are they dead?” asked Martin Wieczorek, head of buying for the Printemps-owned urban apparel megastore Citadium.

Orjann Andersson, Cheap Monday’s designer, isn’t fazed by such suggestions and welcomes a move away from skinny jeans.

“If fashion says looser fits, that’s what we do,” Andersson said. “We’ll still sell jeans, that’s how we make money.”

Cheap Monday has already diversified its lineup to include looser fits. In August, the brand will introduce its first chinos and for fall will unveil 14 men’s and women’s styles, bringing the total designs to 25 and, including washes, 120. New women’s designs include Lady Loose, a high-waist, nonstretch style with tapered legs; Flare, a Seventies-inspired high waist with flared legs; A L, a high fit, tight waist with wide bottoms, and France, a normal waist, nonstretch fit with straight bottoms. For spring 2009, the offer will rise to 29 styles.

To further broaden its appeal, Cheap Monday aims to build its renown in ready-to-wear. Currently, the label’s offer is split evenly between rtw and denim. Next spring, it will introduce a new streetwear collection dubbed Wknd.

But rtw has yet to replicate denim’s success, with Printemps and Citadium both recording weak rtw sales.

“Cheap Monday has yet to prove it can be a global brand, at least in the French market,” said Citadium’s Wieczorek.