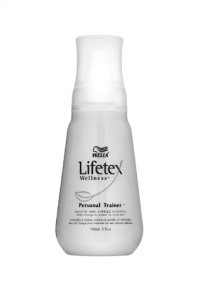 With a proposed $6.9 billion megadeal for Wella, Procter & Gamble is poised to pass longtime rival L’Oréal, to become the biggest player in the hair care category, an achievement that no doubt cuts deeply into the French beauty company’s pride.

Cincinnati-based P&G Tuesday announced it had inked a deal to take control of German firm Wella AG for a deal including $3.4 billion in cash. The purchase, which had been expected for the last month, involves P&G buying out the stake held by Wella’s majority shareholders, the Ströher family. That stake gives P&G 77.6 percent of the voting shares. German law requires ownership of 75 percent of the voting shares to gain control. In addition, P&G said it will make a tender offer for the remaining outstanding shares, putting the value of the entire deal at $6.9 billion.

The deal is subject to regulatory review and government approval in various markets, including the European Union and the U.S.

Wella’s board said in a statement that it has been advised of the agreement signed by Wella family members. The board, which emphasized that it was not a party to the agreement, added: “The announced signing of a contract does not mean that Procter & Gamble has already gained control of Wella AG. Rather, the shares will only be transferred to Procter & Gamble once the necessary regulatory approvals have been obtained. Until that point in time, there will be no major changes in the running of Wella’s day-to-day business.”

Heiner Gürtler, Wella’s chairman, said in the statement: “We will continue to implement our strategy and pursue our internal targets.”

P&G’s announcement was made during a company presentation at an analyst-investor meeting hosted by Merrill Lynch Tuesday morning. Shares of P&G closed Tuesday at $86.62, up 1.3 percent, in trading on the New York Stock Exchange.

P&G executives said during the presentation that the tender offer would be launched in four weeks, and remain open for about eight to 10 weeks. The company hopes to close the deal in four to six months.

The purchase is expected to have neutral earnings effect in its first year. P&G said it expects slight accretion to earnings per share in year two of the purchase. Wella is projected to be “solidly accretive in year three.”

Alan G. Lafley, chairman, president and chief executive officer of P&G, told attendees: “Given the strength and the momentum of P&G’s business, we are well-positioned to integrate Wella and execute with excellence from day one.”

While Wella’s strength in Europe complements P&G’s strength in North America, the acquisition also expands P&G’s beauty businesses across Eastern and Western Europe, as well as in Latin America.

Wella will continue to operate from Darmstaad, Germany, Byrnes said, adding that on the professional end “we will keep the business running the way it is. Then, we will turn our attention to where we have redundancies in administration, manufacturing and operations, retail selling, and other places where we can take the best [of what we have and what they have.]”

A credit analyst observed: “It doesn’t look like there’s a lot of overlap in these businesses. The deal gives P&G new markets, new product lines and new capabilities as far as research and development are concerned.”

Amy Low Chasen, equity analyst at Goldman, Sachs & Co., wrote in a research note: “The Wella deal is a nice add-on to P&G’s global hair care business but was not critical. Nonetheless, the expected synergies give us comfort that Wella will not be a deterrent to the company’s existing growth strategy — to the contrary, it could be additive. Post-Wella, hair care will represent about 16 percent of P&G’s sales up from about 11 percent currently.”

Douglas Christopher, an analyst with Crowell Weedon, said the acquisition signals the importance of being a player in the salon market.

“It’s a big acquisition at a time I don’t think they need to be making one, but maybe they do. They see the higher market, salons, as an important business to be in,” Christopher said. “They are buying some good brands, [and the price for Wella] was less than two times sales, but in a tough global economy, and especially Germany, which can’t get out of their own box, [P&G] should have paid a more reasonable price.”

Despite edging out L’Oréal in overall hair care sales, there are still questions over whether P&G can successfully gain share from L’Oréal, a leader in many of the same markets where P&G and Wella products can be found. That, in part, was one reason why the maneuvering for control over Wella was closely watched by industry executives both overseas and here.

In addition to P&G, L’Oréal and Unilever were reportedly interested in Wella. Earlier this month, as rumors swirled that P&G would swoop in to take over the hair and cosmetics firm, consumer goods firm Henkel fired the first shot by acquiring a 6.9 percent stake in Wella.

Clayton Daley, chief financial officer for P&G, said during the company presentation regarding shareholder tender of outstanding shares: “We have not spoken to Henkel….We’re just cautiously optimistic [that] the folks at Henkel, having made a pretty nice little profit on their investment, [are] just happy to take the profit, but that is out of our hands.”

Henkel reportedly has said that it will not make a counterbid.

While no one expects L’Oréal to sit on its laurels and allow P&G to gain on its overall beauty market share lead, most of industry focus is now centered on what will happen to Beiersdorf.

Beiersdorf, which owns Nivea, Juvena and La Prairie, among other brands, has been keeping the rumor mill going double time. That’s because its majority shareholder Allianz has been shopping around its 43.6 percent stake, while German coffee company Tchibo’s 30 percent “blocking minority” remains an obstacle.

As reported, P&G has been eyeing Beiersdorf, looking to add its Nivea skin care line to P&G’s corporate umbrella. Others, such as Unilever, reportedly have been giving Nivea further consideration as well. The timing of a deal for Beiersdorf, if any were to take place, could be the determining factor regarding which firm takes control of the skin care line.

“Another large acquisition would have additional integration risk. Trying to assimilate two at the same time would be a lot for a company, even P&G,” she said.

Another analyst agreed, saying that Beiersdorf may be breathing easier in the wake of the P&G-Wella deal. “The pressure [on Beiersdorf] is off in the short term, as one of the major players is out, ” the analyst said, suggesting that P&G would be out of the running for an acquisition the size of Nivea for at least two years.

As for L’Oréal’s interest in Beiersdorf, the analyst said that the company “is not in acquisition mode right now. They’d love Nivea but they’re not interested in the rest [of Beiersdorf’s portfolio.]” Unilever, the analyst added, “is focusing on spreading out the Dove brand which would be cannibilized by an acquisition of Nivea.”

Still, there are the Japanese. Word has it, he said, that Kao, for one, is keen on European acquisitions.

These days, major firms could be on the verge of divesting their non-core beauty assets, leaving the landscape wide open for shifts in market share, particularly as conglomerates such as P&G spend time and resources building up what are now just incremental brands into specialty niche players.

At LVMH Moët Hennessy Louis Vuitton, insiders say that for the past 18 months its Guerlain brand has been shown to various companies for a possible sale. They also say LVMH brands such as Givenchy and Kenzo, plus some of the firm’s smaller beauty holdings and LVMH’s Sephora perfumery chain, could be disposed of.

Unilever PLC’s prestige beauty division, which groups together numerous beauty brands including Calvin Klein Cosmetics, Cerruti, Lagerfeld, Chloé and Valentino, could also be a takeover targets going forward. While sources say the division is not currently on the market, Morgan Stanley had reportedly been called in some months ago to handle a sale.

Already, the beauty industry has been rife with mergers and acquisitions. Within the past six months, LVMH sold two indie brands, Urban Decay and Hard Candy, to the Falic family; Puig Beauty and Fashion signed a beauty license with Commes des Garçons, and Hutchison Whampoa acquired Europe’s leading health-and-beauty retailer Kruidvat Group through its A.S. Watson subsidiary — to name but a few.

Given the tough economic times and the industry’s struggles, most executives believe it is impossible to create new, large brands because of the steep investment required. Small brands, for their part, find it equally difficult to survive because of retail consolidation.