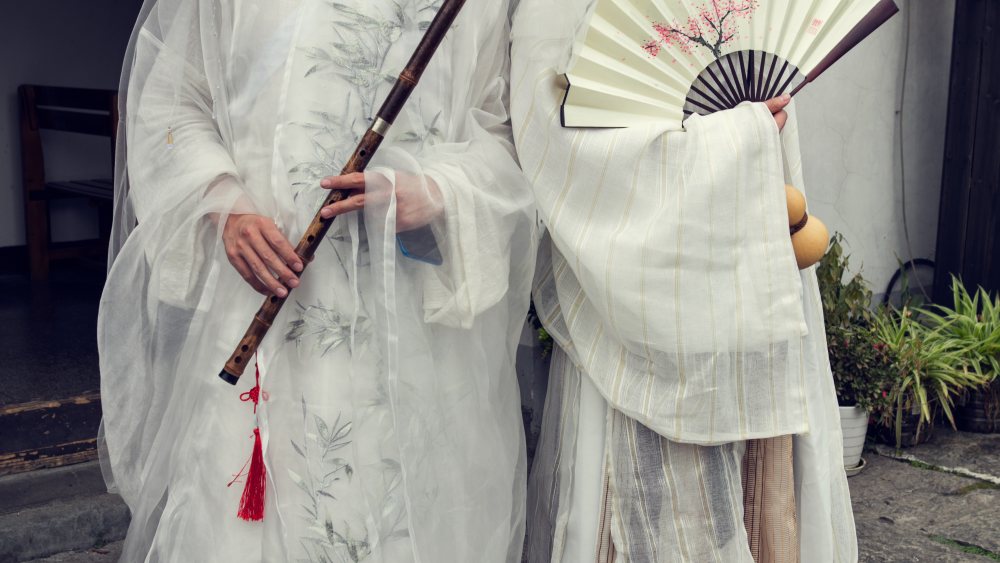 XITANG, China — For four days at the start of every November for the past seven years, a small water canal town two hours southwest of Shanghai turns into a lively hub celebrating all things Hanfu and traditional Chinese culture.

One of the largest events nationally on the Hanfu enthusiasts’ calendar drawing thousands, the Xitang event costs just 90 renminbi, or $13, to take part. It brings together a carnival, fashion runway show, archery exhibitions and marketplace among its activities but mostly, it’s a fashion showcase. People spend their days parading around in their best Hanfu attire posing with the picturesque scenery the ancient town provides, wandering the grassy knolls and across its old curved stone bridges.

One young woman waterside was filming several takes of a traditional dance to post on Bilibili, one of China’s most popular video platforms. She had flown in with a group of friends from Xian.

“I finally have the chance to come this year because in the past, I had some kind of clash,” said the dancer. “Xian also has smaller Hanfu gatherings but not on this scale. It’s quite accepted, though, to wear Hanfu in Xian. If you wear Hanfu there, the old grandmas and grandpas on the street will comment, ‘Hey you look good dressed like this!'”

The dance background helped to spur an interest in Hanfu, she and her friend standing beside her agreed.

“I’ve always liked Hanfu since I was a child,” the friend said. “My parents are very supportive because they themselves are performers so whatever weird outfits, they’ve seen it all before on the stage.”

Although wearing Hanfu is a young person’s pursuit mainly, there were some gray heads of hair seen among the crowds. One family who resided in Jiaxing, the modern city that encompasses Xitang, had three generations represented. Granddaughter, mother and grandmother sat side by side on a bench taking a break. The granddaughter had been to the festival a couple times and this time persuaded her family to come and take part, too.

“When I was young, they didn’t have these kinds of things,” said the grandmother, who was in her 80s.

Dogs and cats also get the dress-up treatment. One trio of friends had two cats stashed away in clear pet carrier backpacks. Both had been outfitted in Hanfu.

“I live nearby,” said one of the girls while taking her cat out of the bag to pose for photos. While the cat-owner’s attire that day only cost about 400 renminbi, she shared she had some outfits in her closet that she’d paid 5,000 renminbi for. “I’m a nurse and I have a uniform everyday I wear that’s the same, so it’s fun to be able to dress like this,” she added.