The Central Saint Martins graduate is debuting their collection via animations, visuals and Instagram filters and championing gender-fluidity and freedom of expression with larger-than-life silhouettes and drama galore.

LONDON — This might not have been how Harris Reed imagined graduation to be, but the Central Saint Martins student is one to search for silver linings.

Reed started by thinking beyond the traditional fashion model — and delving further into the message of gender-fluidity and freedom of expression in this season of lockdown, with all graduation showcases having been cancelled in the U.K.

Today, Reed is debuting their graduation collection online via a series of video animations featuring four physical looks, three pairs of boots — which come with extra-high platforms and plenty of glitter — as well as two “virtual-only” looks.

There is a melancholy around the debut, as it takes place away from fellow students, loved ones and mentors, but the class of 2020 has been able to keep the spirit of celebration alive, according to Reed, and to pave the way for a whole new way of thinking about, and presenting, fashion.

“If you asked me at the beginning of quarantine I was sobbing, I was crying. I was thinking, ‘Five years of work and what is it going to amount to without this show and industry seeing your work? And without the camaraderie of you and all your classmates coming out the other end [together].’ But while being in isolation, it was amazing how all students were able to cheer each other on, leaving our phones on, and working side-by-side for hours on end or sending taxis with extra fabrics and zippers to one another. It’s changed our perspectives and we wanted to have our own fashion moment showing what it is to present your work in 2020,” the designer said. 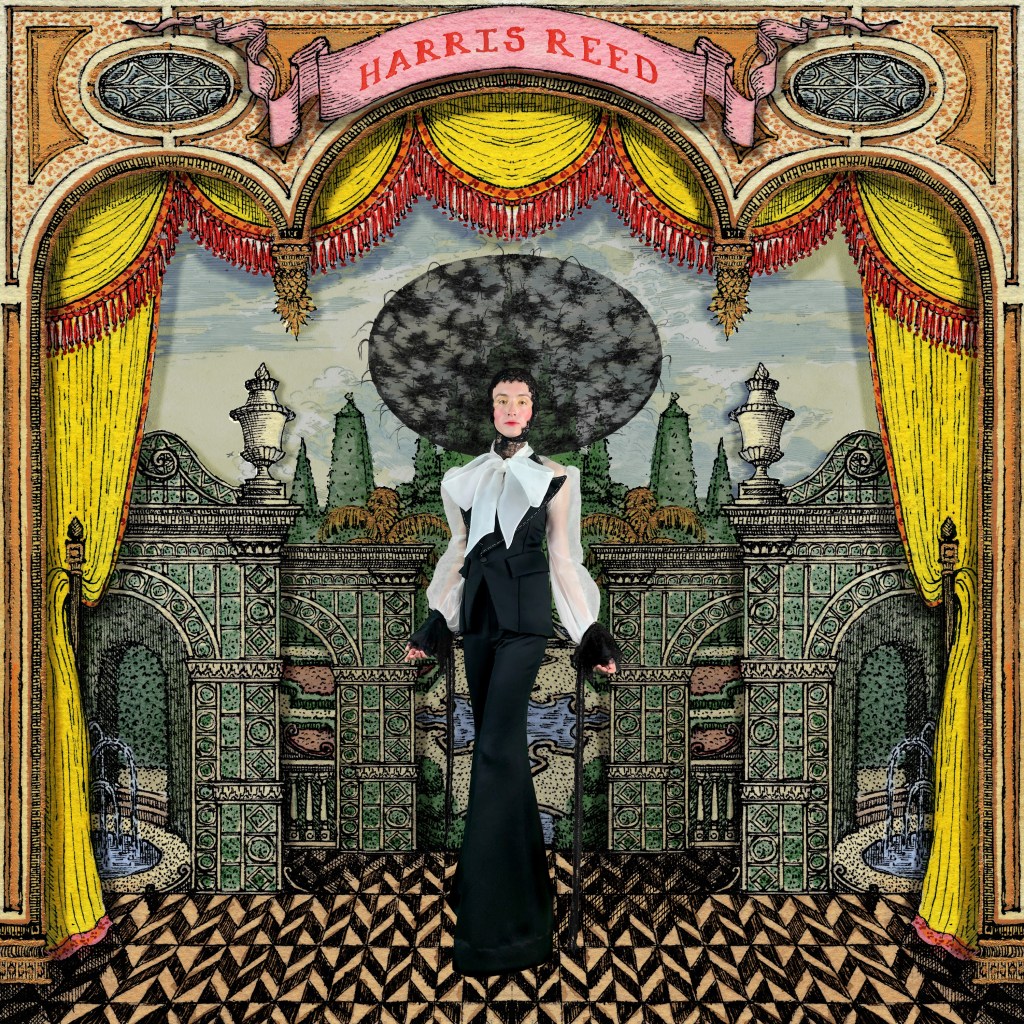 Reed might not have had the chance to work at the Central Saint Martins studios for this final collection or exchange ideas with fellow creatives in the school’s corridors, as U.K. lockdown measures cut the process short for this year’s students. But the up-and-coming designer, who has already had their work stocked on Matchesfashion.com and designed pieces for Ezra Miller and Harry Styles, brought the sense of community home and plowed through the final year project.

Reed isolated with fellow design student Bella Thomas, who is in her second year at CSM, and who assisted the creative process throughout. She tapped MAC Cosmetics’ Terry Barber for a virtual makeup tutorial ahead of the fashion shoot, in which she and Reed wore the collection themselves. To make up for the absence of a catwalk, the illustrator Lukas Palumbo hand-painted sets, while animator Lauren Dean Hunter brought the visuals alive with overlay animation.

“Being in isolation took collaboration to another level. Even during these challenging times, creativity continues to evolve,” said Reed, adding that the lack of physical space for all the voluminous silhouettes and extra large hats sparked the idea of doing virtual-only looks.

With regard to the narrative behind the collection, Reed wanted to celebrate the message that has been at the core of their work from the get-go: Fluidity and self-expression in its most opulent, eccentric form.

They drew inspiration from colorful characters throughout history with a flair for rule breaking, from the rock band New York Dolls, to the British dancer Lindsey Kemp, and Henry Paget, the 5th Marquess of Anglesey, who was known for divorcing his wife and turning the family chapel into a theater to perform plays by Oscar Wilde in gender-bending costumes. 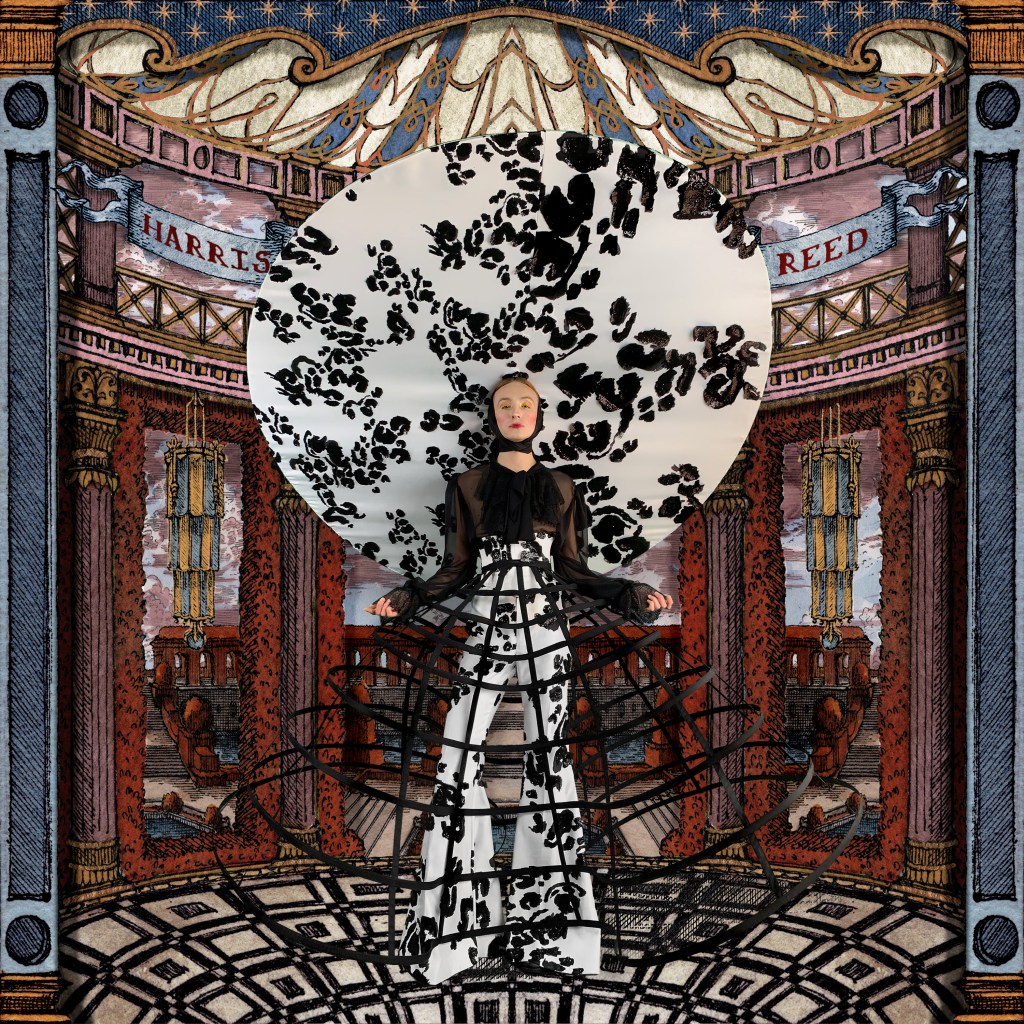 The result is a joyful concoction of larger-than-life silhouettes, abstract patterns, historical references — and plenty of flares: A tulle skirt with a giant, hot pink overlay is worn over a tailored suit; a crinoline is placed over dramatic floral high-waisted trousers and pussy-bow shirts one could imagine Harry Styles wearing; while a flared suit features graphic patterns and jazzy metallic patterns.

“When I’m designing I always have this narrative in my head of glam-rock romanticism, this idea of complete and utter fluidity and embracing who you are, which has become my mantra. I’m quite a maximalist and love this debutante behavior,” said the designer, adding that all the introspection of lockdown gave them the confidence to dial up the opulence and escapism factors even more, and make their message loud and clear.

Every look is punctuated by a wide-brim hat that often appears in the young designer’s work, and has come to symbolize a lot of what they stand for.

“The giant white hat has always represented the visual identity of what it means to be fluid, out and proud, and in touch with your identity. With its size and drama, for me, the white hat has always been the symbol of an ‘in your face’ statement that not fitting the norm or looking like everyone else is not only beautiful, but a way in which we should all wish to live our lives,” Reed said.

In the spirit of working outside the norm and finding new ways to present their work, Reed turned to VR and worked with London College of Fashion graduates to create their brand’s very first Instagram filter in the form of a giant white hat — already sported virtually by Kaia Gerber, Kieran Shipka and Hari Nef, among others.

“Doing fashion shows is going to change. With Gen Z, brands will be using TikTok and Instagram and all these apps to make themselves more and more accessible and prevalent to youth. We all had to think of new ways to showcase our work through film or filters, or AI or any new medium,” the designer added. 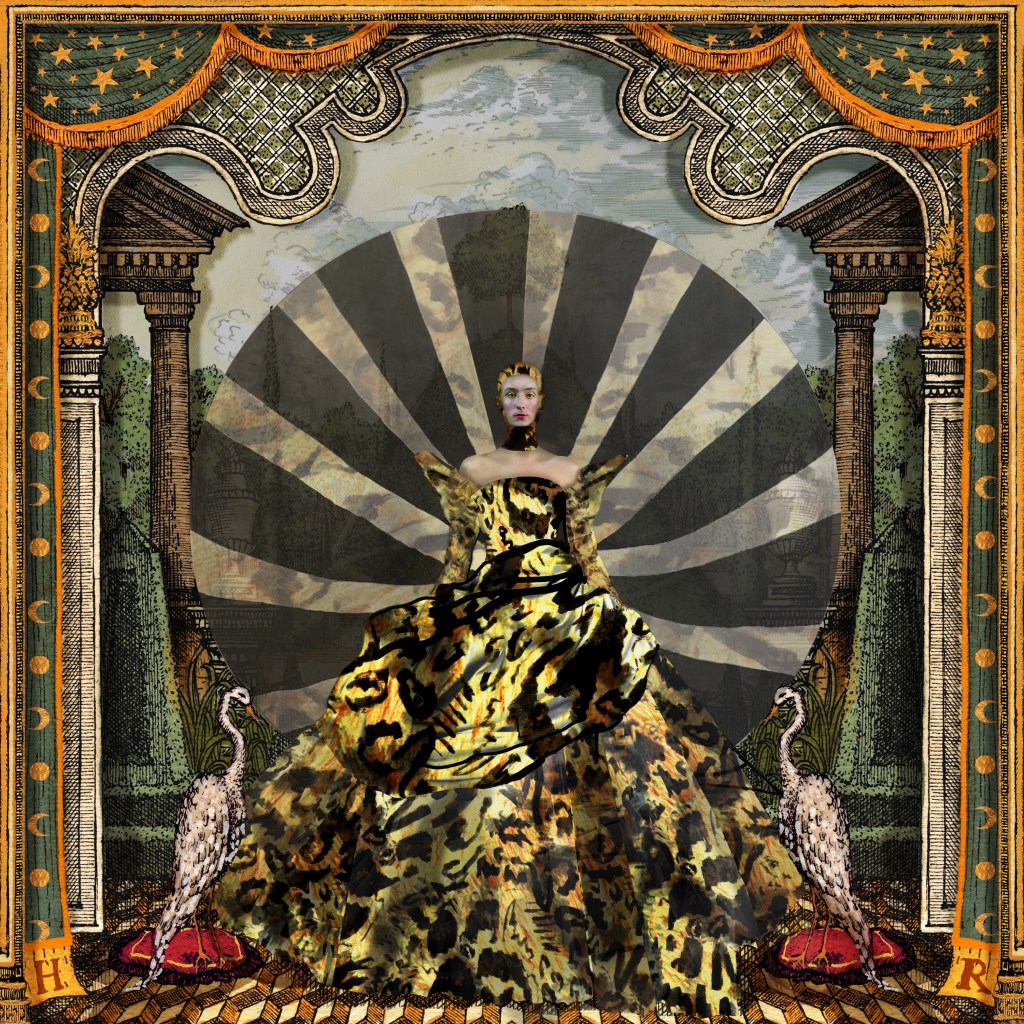 Reed, who would have thought they’d be hosting a runway show and looking to partner with retailers come graduation day, highlighted that they’ve also been using this time to rethink the fashion system and spot new opportunities, from working in a more bespoke manner, to one-off retail partnerships or celebrity tie-ins aligned with their message of fluidity and freedom.

To that end, the collection is season-less and “in line with a new wave fashion.”

“My plan is to [showcase] the Harris Reed world as a world of complete and utter inclusivity. I feel that in 2020 a clothing brand doesn’t even need to create clothing anymore, you’re creating a world, a message and an ethos and from there I can branch out into so many facets like home, or fragrance.” 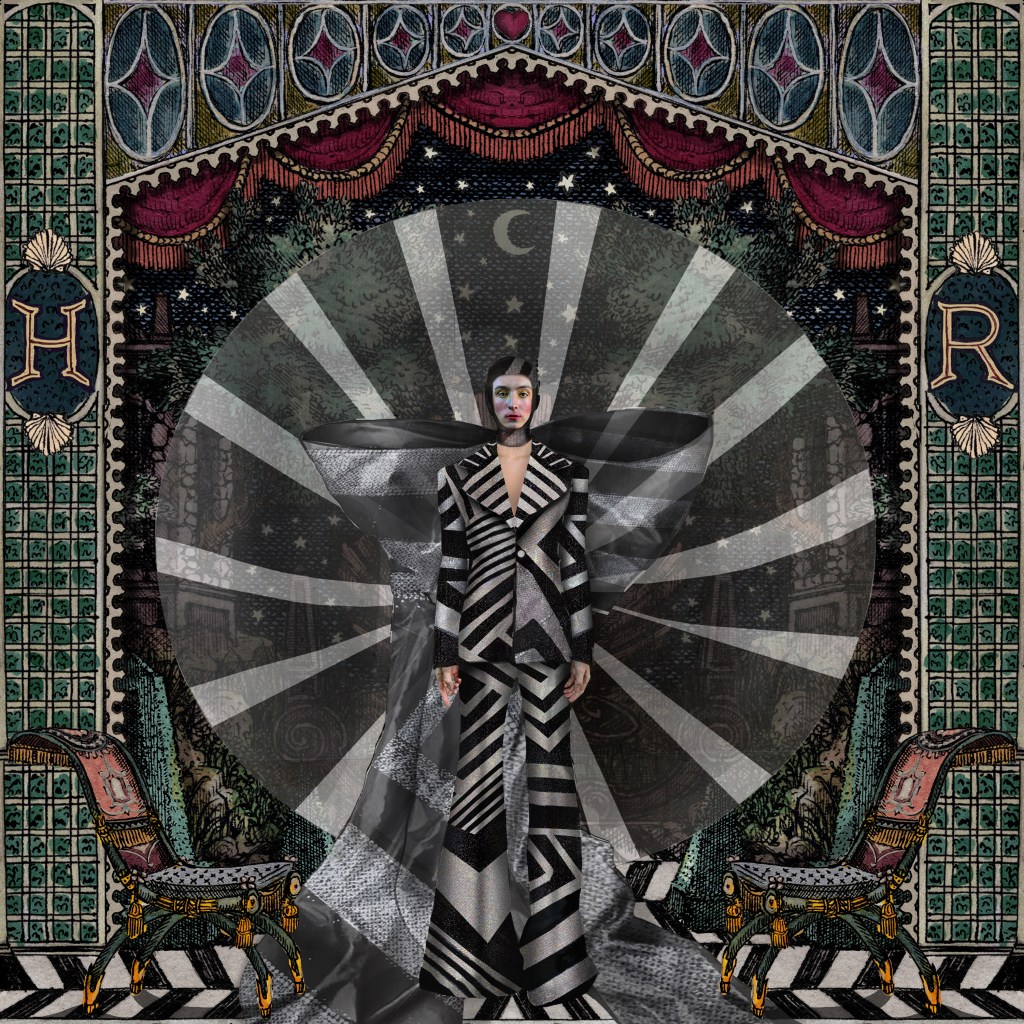