The label is now sold in about 25 or 30 Neiman Marcus stores as well as other retailers.

By Rosemary Feitelberg
with contributions from Mayte Allende
on December 2, 2016
View Slideshow 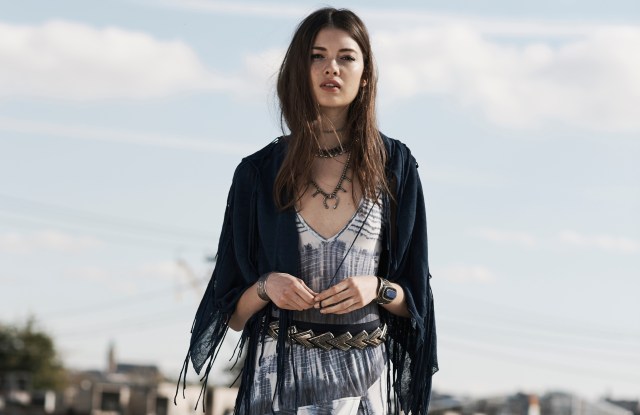 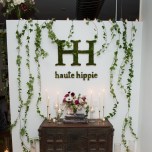 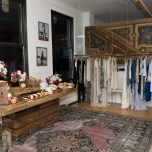 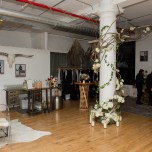 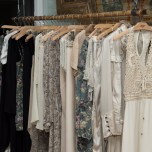 NEW YORK — Living up to its company’s name, Haute Hippie made sure numerous candles were burning and the wildflowers were arranged just-right for Thursday night’s spring presentation here.

The brand had much to celebrate, having installed a new creative and management team, moved into a roomier Manhattan address, expanded its retail reach, and unveiled its bohemian-inspired collection. And in time for the crucial holiday selling season, especially Black Friday and Cyber Monday, Haute Hippie relaunched its e-commerce site last month.

Guests circulating through the new showroom were the first to see the new spring looks. Embellished T-shirts, fringe tuxedo blazers and lace-insert maxi dresses were amongst the May and June highlights, which clearly delivered the brands luxe bohemian message.

Haute Hippie’s creative director Cady Vaccaro greeted guests in the company’s new West 27th Street studio and offices. The past year has been abuzz with activity for Vaccaro, who spent nearly 10 years at Alice + Olivia before leaving in October 2015 as senior design director to start with Haute Hippie. She now oversees a seven-person team.

In the process Haute Hippie has expanded its presence in Neiman Marcus to 35 or 40 doors, according to Gary Epstein, executive vice president and chief marketing officer.

Recalling how she was one of Alice + Olivia’s first employees and saw that base grow rapidly during her tenure there, Vaccaro said, “What’s exciting about this is that it sort of has that same energy and feeling of the beginning of something really exciting.”

In his new role at Haute Hippie overseeing day-to-day operations, Jafferjee takes on responsibilities handled by Rob Feinberg, who exited the company about five weeks ago. In addition, MadaLuxe’s cofounder, chairman and chief executive officer Sandy Sholl has taken on the role of ceo at Haute Hippie.

Describing how she diligently recruited Vaccaro, Sholl said, “I do mean for hours. I remember driving from Corona del Mar to Malibu and being on the phone with her the whole time.…She is just so perfect for the creative direction of this brand. When you put on what she designs, it’s like you walk into another world. I’m wearing what she coined ’slayer’ and we trademarked that,” a reference to a layering system of skirts with pants or skirts with shorts.

“Everyone has pants. Everyone has shorts — no one has a slayer,” Vaccaro said. “That’s the thing about fashion right now. I go shopping and I’m bored. There are so many things that I’ve seen. It’s fun to twist things up or invent them — like the slayer.”