PARIS — It was a feast for clients this couture season, even if the American contingent is fretting that the weak dollar will elevate the already astronomical prices they pay for fashion’s haute-est attire. “There’s been a new... 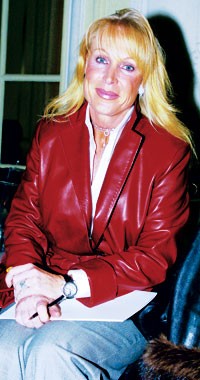 PARIS — It was a feast for clients this couture season, even if the American contingent is fretting that the weak dollar will elevate the already astronomical prices they pay for fashion’s haute-est attire. “There’s been a new balance this season between fashion as spectacle that gets you excited and fashion that you would actually buy,” said Marjorie Raein of New York. “I thought it was a beautiful week with tons of fresh and beautiful clothes.”

Women praised the Paris chic at Chanel, a spectacular Egyptian-inspired fantasy at Christian Dior and inventiveness at Jean Paul Gaultier. They also fell for Valentino’s flirty dresses and lapped up the extravaganza at Christian Lacroix. Timothy Pope, a New York-based style consultant representing about 10 couture clients this week, declared the season “the best I’ve seen in a long time. The clothes are appropriately extravagant, but wearable.”

Clients said that they feel at the center of the couture, as clothes become more wearable and many houses, from Emanuel Ungaro to Givenchy, opted to show in intimate settings. “There’s definitely more emphasis being put on the client,” said Betty Lagardere of Paris. “I feel that it’s a renaissance moment for the couture. The houses are making clothes that we can wear.”

“I think they are going back to what the haute couture was when it started,” said Suzanne Saperstein of Los Angeles, “a more intimate presentation of clothes.”

Some women said that houses were finally filling the void left when Yves Saint Laurent retired two years ago. “All of the clients still miss Saint Laurent,” said Nazek Hariri of Beirut. “But the others are now understanding that we need real clothes. The styles this season have been very feminine and very elegant.”

But not everyone was pleased with the season. “It’s been disappointing,” said Diane Wolf of New York. “On one hand, I feel like the haute couture is coming back. But on the other, it’s impossible to find any day clothes. I don’t know who they think will be wearing all of these dresses. I’m never invited to those types of parties.” Wolf added that the couture has also felt pressure from the improving quality of ready-to-wear. “You can see that they are hurting,” she said. “The flowers in the houses aren’t as abundant.”

Meanwhile, the escalating value of the euro against the dollar has many concerned. “I hope the houses will take it into consideration,” said Susan Casdin of Los Angeles. “I like to think that I’m getting a good deal.”

“I would like to see the prices reflect the money situation,” Raein agreed. “I hope the prices aren’t so mind-boggling they soar through the roof.”

Some, however, think money should never be an object when you play in fashion’s big leagues. “Of course, the strong euro is a problem,” said Hariri. “But is it really a financial question when you choose? No, it’s about getting that outfit that you love.”

The consultant Pope agreed: “People tend to be more cautious [given the currency situation]. But it depends how irresistible the clothes are.”