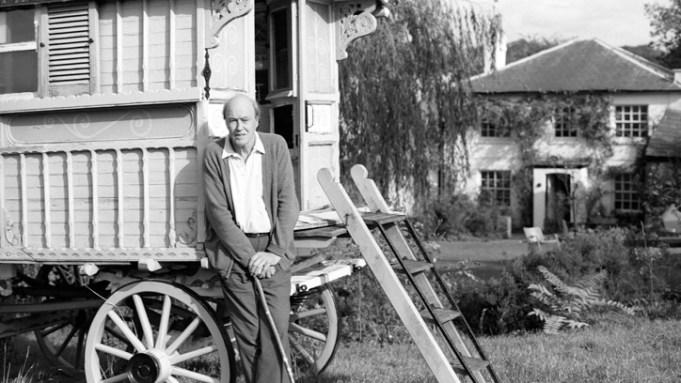 In 1983, a WWD reporter and photographer trekked out to Great Missenden, England (about 60 miles outside of London) to pay a visit to the beloved children’s book author, Roald Dahl.

The interview came on the heels of a controversy that haunts Dahl’s legacy to this day — accusations of anti-Semitism stemming from his review of “God Cried,” journalist Tony Clifton’s account of the 1982 bombing and siege of Beirut by Israeli forces. Dahl’s sympathetic review of the book, which was widely considered an anti-Israel work, incited thousands of angry letters, the pulling of Dahl’s books from many a store shelf, not to mention the end of his long-term relationship with his accountant and, as Dahl told WWD, “I’ve even had a few death threats.”

However, the author wasn’t about to cede the point. “I didn’t expect it to create such a fuss; I just reviewed a book,” Dahl explained. “That is the first book I ever reviewed in my life, and I did it because I felt strongly about it. I was always, like millions of people, pro-Israeli in the beginning, when watching them fight for their lives and all the rest of it. Now they have become expansionist and empire builders and rather beastly, so I decided to review the book. But I’m certainly not anti-Semitic; I’m anti-Israeli.”

Politics aside, the 6-foot-6 Dahl had much to say about his craft, especially on the difficulty of writing for a young audience. “Children’s books are by far harder to write than novels for adults,” he said. “Children are far more emphatic about what they like than adults. Kids will read a book they fall in love with 10 to 20 times before they go on to another, while adults read the latest John Le Carré and throw it away when they are finished. Being able to write children’s books is a frightfully lucky thing to do.” And, Dahl said, not all novelists, even the most accomplished, can do it: “Graham Greene, my friend, has written three children’s books, and they are devastating — they’ll anesthetize any child in 10 minutes. To write a children’s book that endures is, to me, a triumph.”

As to the charge that Dahl’s books, including “The Witches,” his newest at the time, were overly dark or twisted, the author said, “We live in a fierce world. Children have to struggle their way through. Children love to be made to giggle — they love seeing the villain meet a grisly death. You can’t be too subtle.”