Gala raises close to $50,000 for the High School of Fashion Industries. 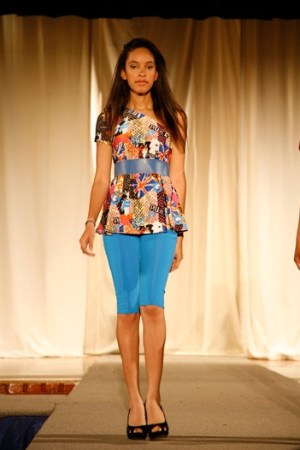 Manhattan’s High School of Fashion Industries ended another year on Wednesday night with a fund-raising event bringing in about $50,000 for the school.

Industry members including Macy’s Inc. vice president and fashion director Nicole Fischelis, Ellen Tracy president Mark Mendelson and “Project Runway” winner Christian Siriano were among the 350 people who turned up to support the school. A fashion show was staged and Tim Gunn, chief creative officer at Liz Claiborne Inc. and co-host of “Project Runway,” was honored for his role as an educator in the industry.

“His role in leadership is so important to young designers,” Siriano said before presenting Gunn with his award.

“These kids are not only gifted artistically, but also academically. I’m overwhelmed with their talents,” Gunn said between signing autographs for attendees during the cocktail hour.

Fischelis came to the event to “support the emerging talent,” and said she was looking forward to seeing the creations of the graduating design majors.

After the close of the show, Gunn admitted he had never been to a high school fashion show before, which he thought “surpassed any college show I’ve seen,” he said, adding, “Except for maybe my own Parsons students.”

Funds raised from the gala, held in the school’s auditorium, will go toward scholarships and incentive awards. The event was underwritten by Liz Claiborne, which donated $20,000 to the school.