H&M Gets Into the Fashion Show Act

When H&M decided to crash Paris Fashion Week to showcase its latest line, the high-street retailer went with a megaproduction. 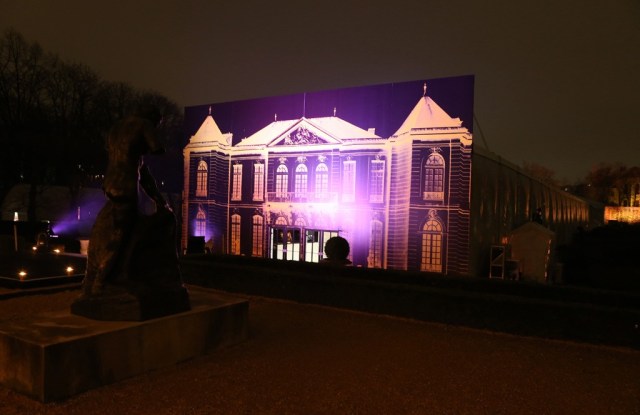 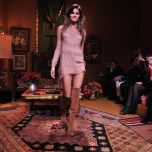 Paris Fashion Week is the style equivalent of the Super Bowl. So when H&M decided to crash this highest-level designer party to showcase its latest line, the Swedish high-street retailer went with a megaproduction on par with previous events marking high-profile designer collaborations.

H&M’s first show in eight years, and its first in the French capital, was staged at the Musée Rodin, in one of the most luxurious neighborhoods of Paris, where Dior and Yves Saint Laurent had previously done shows. The set evoked a chic and sprawling Parisian apartment, divided into 18 rooms including a living room, lounge, kitchen and bedrooms.

“It could have grated on some people,” concedes Alexandre de Betak, who produced the event. But to avoid being seen as presumptuous, timing was key, he says. The show was at 9:30 p.m. on Feb 27, not overlapping with any other shows on the official calendar (Mugler was at 9 p.m. that night.)

But de Betak says a sense of humor helped the fashion flock think kindly toward the fast-fashion giant. Quirky elements included a doorbell at the entrance of the giant tent, a bathtub and tables scattered with wooden dinosaurs.

Competing for attention in the same week as such revered names as Dior and Chanel isn’t easy. Yet, a total of 700 guests attended the show, approximately three-quarters of whom were journalists. In France, the event was covered in dailies including Le Figaro and Le Monde and on the television news. The celebrity quotient was sky high, with Ashley Olsen, Chloë Grace Moretz, Emma Roberts and Isabelle Huppert attending.

“Paris Fashion Week has never had a second line,” Didier Grumbach, president of France’s Chambre Syndicale points out. Only Etam has staged shows in the recent years, but that’s lingerie, not ready-to-wear.

“It is very challenging to keep the calendar on nine days,” says Grumbach. “It’s important that [high-street] brands do not bring disruption to the calendar.” Still, he acknowledged that H&M choosing Paris to stage an event is a sign of dynamism.

H&M did not confirm whether the event was a one-shot or if it plans to show again during collections. But one thing is sure: Growing numbers of brands are trying to get their break on the Paris stage. Acne and Zadig & Voltaire both also made their runway debuts this season, meaning keepers of Paris Fashion Week’s flame will be keen to ensure there is no confusion with the official lineup.