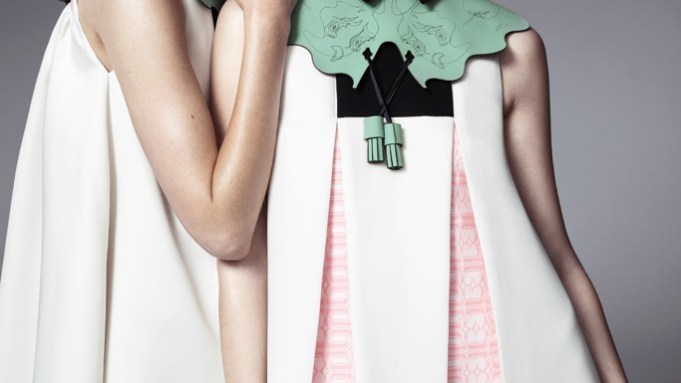 H&M is expanding its design award competition to the U.S.

The Swedish retailer launched the annual contest in 2012 to encourage and support young fashion design graduates as they embark on careers. Now H&M will open the 2014 contest to students from the Fashion Institute of Technology and Parsons the New School For Design.

This year’s winner, Minju Kim, a 27-year-old graduate of the Royal Academy of Fine Arts in Antwerp, Belgium, will have her 2013 winning collection produced by H&M and sold in Europe and participating countries such as Japan and South Korea. Kim’s line will also be featured in select H&M stores in the U.S. and at Opening Ceremony in New York, Los Angeles and London.

“The project is growing each year and we’ll see where it takes us,” said Ann-Sofie Johansson, H&M’s creative head of design. “We will double the number of candidates we look at with the addition of the U.S. It’s just a lot of fun to look at everything.” Students are required to submit a digital portfolio of their collections.

As part of Kim’s prize, nine women’s pieces and two accessories from her collection were developed with the H&M design team. Kim learned the production process by traveling with product developers. “She saw how you can turn a [sketch] into a proper garment and the whole journey in between,” Johansson said. “Minju was surprised by the sourcing and what H&M can do.”

Eight finalists first presented their collection in London in front of an international jury. Earlier in the year, in January, the final winner was announced at Mercedes-Benz Fashion Week in Stockholm through a fashion show. Judges for the 2013 edition included Jonathan Saunders, Tim Blanks, blogger and photographer Hanneli Mustaparta, fashion journalist Kristopher Arden-Houser, stylist Leith Clark, photographer Sølve Sundsbø, H&M creative adviser Margareta van den Bosch and Johansson. “We had the final in London because we had British designers on the jury. Next time, the final may be in New York or maybe Paris,” said Johansson.