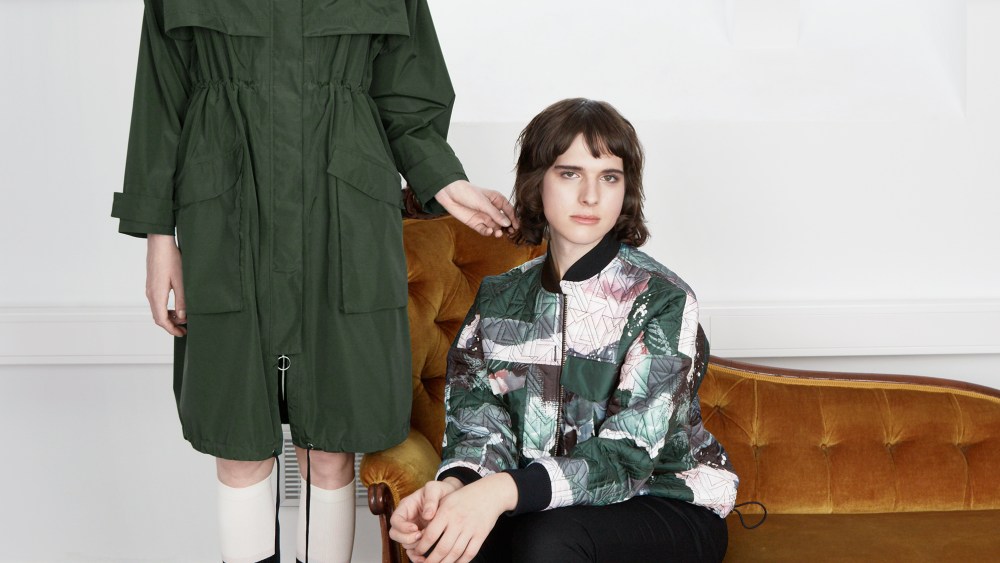 Fashion has embraced the transgender community most visibly through models and ad campaigns. Two-year-old & Other Stories, the H&M-owned label that prides itself on female diversity, is the latest brand to cast transgender models in a campaign. Lest the company be part of the crowd, it took the angle an extra step by recruiting a creative team of transgender professionals to produce a shoot for an athletic-inspired capsule collection launching in-store on Aug. 20. Photographer Amos Mac shot models Valentijn De Hingh and Hari Nef in & Other Stories’ Stockholm atelier. Love Bailey styled the shoot, working with makeup artist Nina Poon. Swedish director Ninja Thyberg, who is not transgender, captured the behind-the-scenes action for a film, “The Gaze & Other Stories.”

“There’s a lot of talk about transgender today, but for us, it was a lateral step to do [the campaign],” said Sara Hildén Bengtsson, & Other Stories creative director. Her concept was to focus on the transgender “gaze,” which is an idea to articulate and to interpret from the images. Essentially, the finished product is the result of a collaboration of all transgender individuals who are fashion professionals. It doesn’t look that different from what a nontransgender shoot might yield.

Dutch model De Hingh, who was the subject of a documentary, “Valentijn,” that explored her experiences as a transgender child from ages 8 to 17, described the atmosphere on set as “a bond that’s immediate and palpable,” she said. “That’s something I haven’t experienced with other shoots, per se, where I’ve worked with other teams, other models, multiple girl stories, where you work with each other professionally and you like each other and have good conversation, but it’s not the same thing as working with an all-trans team.”

Asked about the recent uptick in interest in the trans community from fashion and pop culture, largely thanks to Caitlyn Jenner, and the idea of the transgender issue working for commercial brands, De Hingh said, “Sometimes to get a political message across, having a commercial brand support an issue can actually help….The thing that you have to be worried about is that it’s not just a fad. It’s not a fashion trend to have transgender people in a youth campaign, then after two seasons not have them anymore.”

On where she would like to see the transgender conversation go, De Hingh said, “I think that the way things are moving right now, it’s looking like even when the fad is over there will still be awareness of our story and our issues.”