Holding a Candle (or Eight) to Christmas

In the spirit of the season, WWD surveys fashion's shining Jewish stars about growing up Hanukkah in the blizzard that is Christmas, and how they're... 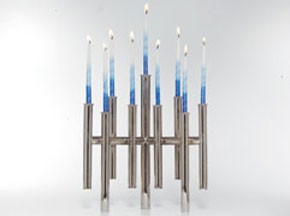 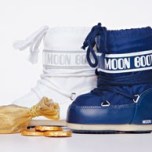 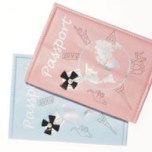 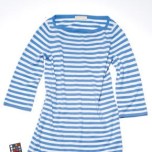 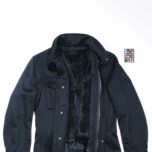 In the spirit of the season, WWD surveys fashion’s shining Jewish stars about growing up Hanukkah in the blizzard that is Christmas, and how they’re designing, shopping and celebrating this year.

No sooner had the last sliver of turkey fallen from the Thanksgiving roast than the countdown to Christmas began in earnest, not only at retail but also in schools, banks and homes throughout the country. But where does that leave the Jewish children among us? There’s Hanukkah, of course, the Festival of Lights (and gifts), which began on Tuesday and continues through Dec. 11. But menorahs, Maccabees and miracle oil aside, ’tis the Christmas season, and even the happy-go-luckiest Jewish fashion types have harbored mixed emotions at some point over the years.

“I think the worst part of being a young Jewish child is Christmas morning,” says Zac Posen. “It’s a lonely day. I would listen through the ceiling to my upstairs neighbor opening his presents.” That cloud, luckily, has a silver lining: Posen’s boyfriend, Brian Callahan, is Christian, so the designer now gets to celebrate the “Christmas I never had” with his beau’s family in Jackson Hole, Wyo. — “snow-peaked mountains and all,” Posen adds.

Luckily for Michael Kors, being the only child of a Scandinavian father and a Jewish mother meant a fully indulged celebration of Hanukkah and a no-less-thrilling Christmas. “There was definitely a menorah in every window,” he says of growing up in a Long Island enclave, where he not only received eight nights of Hanukkah presents, but also experienced a Christmas morning with his father’s family that involved, Kors recounts, “a full set of reindeer on the lawn and all that.” As for Hanukkah’s dress code, Kors says he especially admired its “sense of coziness. If you had family over for the first night of Hanukkah, it meant putting on a great cashmere sweater and a pair of pants and great earrings.” That vision hasn’t been forgotten: Today, Kors points to the luxe cashmeres from his resort collection as perfectly suited to the holiday. “We have a lot of sweaters that are kind of slouchy and a little easy — you don’t have to say ‘no’ to the potato pancake.”

While cozy was a theme in the Kors household, “creative” was the word for the eight nights in Posen’s family. “We mostly made our own gifts — sculptures, drawings and lots of cards,” he remembers. “My dad’s a painter and he would make us pop-up cards.” Jewish or Christian, could any child, even a youthful aesthete like Posen, be satisfied with a pop-up card? “No, absolutely not,” Posen says. “I would beg my parents for a Christmas tree every year because the holiday was totally glorified, glitter-ized and candy-ized.” Alas, when he was 11, his parents caved in, buying a tree for their Manhattan loft. “Child perseverance won out,” Posen notes. “I used to like to lie under the Christmas tree, probably for the same reason that I had to lean into the woman with the fur coat on the public bus — to just take it in.”

Gilles Mendel’s family certainly didn’t let Christmas outshine its Hanukkah festivities. If anything, his Christian friends were jealous of the Mendel tradition: eight days of scavenger hunts in the J.Mendel Paris flagship. “Hanukkah always came at the busiest time of year for my parents,” says Mendel, who now presides over the fashion enterprise. “They used to hide one present every day somewhere in the store, and my brother and I would go on a luxury scavenger hunt to find it.” Gifts included everything from “a guitar hidden in a garment bag,” he says, “to a watch in the pocket of a sable coat.”

Though they raised their son in a “gentile, gentile, gentile” New Jersey neighborhood, Jonathan Adler’s parents took a far more typical American Jewish route. Attempting to avoid evergreens and any emotional distress on Christmas morning, they eschewed the holiday for a classic Jewish custom, Chinese food and a movie. However, a Disney flick and lo mein didn’t stop a young Adler from spreading a dose of gloom among his Christmas-loving peers. “One of my greatest regrets, something I feel terribly guilty about, is that when I found out there was no Santa very early on, I delighted in telling all of my gentile friends when we were five years old,” recalls Adler, who today is happy to celebrate Christmas with his gentile husband, Barneys New York’s Simon Doonan. “I think I destroyed a lot of people’s sense of optimism and hope.”

By now, Adler has made amends — at least in the retail sense. The holiday season is his biggest in terms of sales; this year he’s offering 17 Christmas ornaments as well as two menorahs. The Skyline menorah is his latest addition, and Adler says it’s already one of the bestsellers at his stores. “I think it’s because there’s just not that much groovy modern Judaica around,” he quips. “So, watch out Passover! I know I’ve been very remiss in not making a seder plate.” He hasn’t had much luck designing dreidels, either, what with all of the clay prototypes breaking during testing. “It’s so ironic because the song goes, ‘Dreidel, dreidel, dreidel, I made you out of clay,'” Adler explains. “But I think it needs to be amended to ‘Dreidel, dreidel, dreidel, I made you out of resin.'”

At the core of the Jewish-during-Christmas struggle is the issue of presents — namely, the eight modest gifts usually given during Hanukkah versus the typical Christmas merch fest. But for Kors, there wasn’t much to complain about — even from the Hanukkah side. The best present he ever received was from his Jewish grandparents: a double-breasted fake fur coat from Saks. Kors was seven years old. “Joe Namath was the first man you ever saw wearing a mink coat,” he explains. “And suddenly, a football player could wear fur. I remember thinking, ‘Oh my God. Guys can wear fur!’ My grandparents, of course, realized that they weren’t going to buy a seven-year-old a mink coat, but when I opened the Saks box and took out the coat, I mean, it was really the moment.”

Of course, it’s hard for a holiday lasting eight nights to sustain the initial rush of youthful euphoria and parental omniscience. Mom and dad are bound to strike out on at least a few nights, a fact that Shoshanna Lonstein Gruss learned at the early age of 11, when she opened one Hanukkah parcel to reveal a pair of socks. “It was, like, the worst gift I ever got,” she recalls. “I’ll never forget it and I’ll never let my mother live that down.” It’s safe to say that Lonstein Gruss and her husband, Josh Gruss, won’t be making the same mistake with their two-and-a-half-year-old daughter Sienna. This year, her Hanukkah goodies include a tent, an electric guitar, a fish tank and a DVD titled “Chanukah on Planet Matzah Ball,” which Lonstein Gruss also gave her half-Jewish husband several years ago, “to try to make him see that Hanukkah is really fun,” she says. “It’s the weirdest DVD you’ll ever see.”

Like Lonstein Gruss, Scoop’s Stefani Greenfield also received her fair share of exasperated-parent Hanukkah gifts. The most infamous? A dictionary. “I remember holding up the presents to the light to see what I was getting, and I saw the dictionary,” says Greenfield, who grew up in Bayside, Queens. “And I remember thinking, ‘What is that?!'” (Turns out the dorky gift didn’t go to waste — Greenfield later got into the elite Stuyvesant High School.) Perhaps remembering her childish dismay, Greenfield now packs her Scoop Kids boutiques with plenty of respectable, though still small, gifts for the holiday. “These kids are savvy,” she points out. “I’ll see parents come into Scoop Kids with their kids’ lists and there are eight nights there.” She says items like soft leather passport sleeves, Maccabean caftans and chic Moon Boots in festive blue or white make perfect one-night gifts. These items are utilitarian, too, she adds, given the tendency for wealthier Jewish families to hit the beaches or slopes during Christmas — definitely a one-up on that old lo mein-and-a-movie. To wit, Rory Tahari, Elie Tahari’s wife and the vice chairman and creative director of the company, says there’s a bonus to being Jewish during Christmas: “It’s the best thing ever because we always get great hotel rooms wherever we want to travel.”

This year, Tahari plans to get all the men on her list Elie Tahari’s black cashmere, fur-lined Archie jacket, even if it means swiping them from her stockists’ hangers. “I tried to see if I could get more of them,” she says, “but it couldn’t be done in time, so I grabbed everything we had in our inventory and I’m calling the department stores to see if I can pull some of them out of the stores.”

Luxe gifts and travel conveniences aside, there is one place in which the Jewish holiday simply cannot compete with Christmas — the mascot. Tahari meekly offers her children “Hanukkah Harry” as the holiday’s patron gift-giver, but Greenfield thinks otherwise. “Whoever doesn’t celebrate Christmas is a fool, because it’s so feel-good. If I had the patience [to wait in line] I’d take my picture with Santa,” she says with a laugh. “Actually I have to be honest with you. One year I did, at ABC Carpet. My husband and I. Like two losers. We did.”