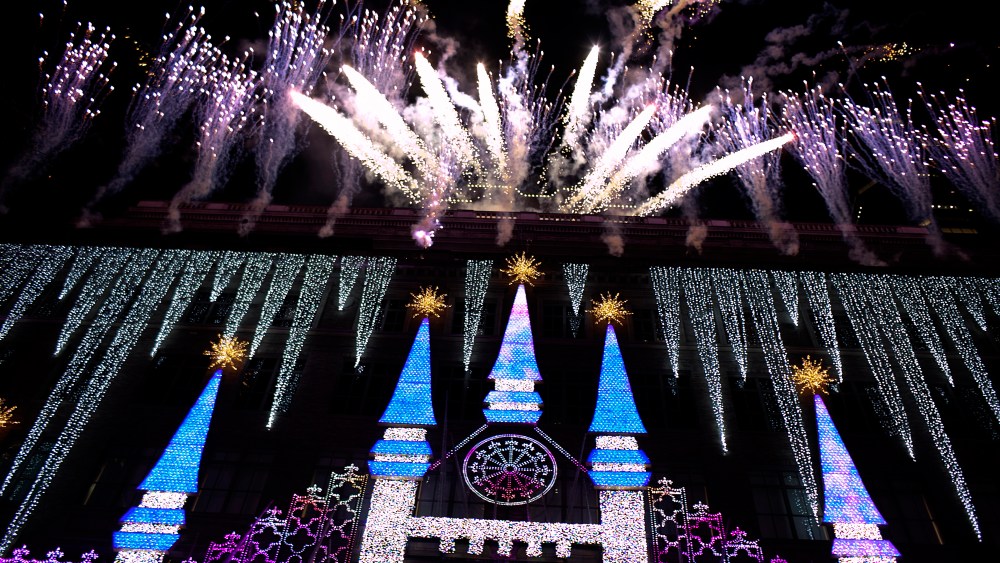 New York retailers had epic stories dancing in their heads.

Macy’s and Bergdorf Goodman were city-minded: the former, calling out New York landmarks, the latter, cultural institutions such as a New York Botanical Garden tableau with plants from the Summer of Love.

In Tokyo, Isetan Shinjuku’s shopping bags, which double as gift wrap, are a lesson in creative utility, transformed into origami-esque ornaments and reindeer for windows. Do try this at home. At Mitsukoshi’s Nihonbashi flagship, Santa studies a map of the world before taking off on his sleigh.

“Spectacular, Spectacular,” screams the theme of Paris’ Galeries Lafayette’s windows in the bright candy colors of a helium balloon and its peppermint-striped base. Printemps sends characters Jules and Violette by train, plane and automobile in search of gifts from around the world, while BHV opted for Hans Christian Andersen-style windows.