Fashionable femmes from Emmy Rossum to Gisele Bundchen weigh in on what not to wear in the warmer months. 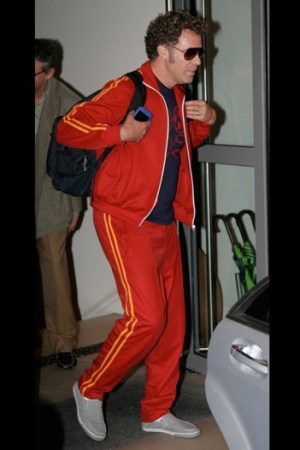 In summertime, as we all know, the livin’ is easy—and dressing should be easy, too. Yet sartorial slipups still pervade. Here are the worst faux-pas of the warmer months, straight from the mouths of some of our favorite fashionable femmes.

“Cover-up on a man. Or bronzer. Do not wear makeup. I should not see glitter on your cheek. I think it’s an L.A. metro thing.”
— Emmy Rossum

“When it comes to men’s clothes, the simpler the better. Whatever you wear, you have to own it. Otherwise, you look like someone dressed you.”
— Gisele Bundchen

“Men who dress too casually, too simply. I don’t like sloppy.”
— Fan Bing Bing

“Insecurity. The most fashionable people break the rules.”
— Amber Heard

“It’s the high socks. That’s a no-no for me. And I don’t like that Speedos thing. I see it in France and Brazil all the time. In Brazil, it’s different, I think, because there that doesn’t count, it’s fine. But here…no.”
— Doutzen Kroes

“Never wear a dolphin short. Why do people think it’s OK to wear short shorts? It’s not OK. I just think men shouldn’t. There’s something disconcerting about it. It really upsets me.”
— Mariska Hargitay

“Flip-flops on a man make me feel sort of violent.”
— Jena Malone

“Fashion is such freedom of expression, so there’s not one thing I’d single out. Maybe the suit with shorts. Save the shorts for the beach. Leave it to the ladies to show some leg.”
— Alex Wek