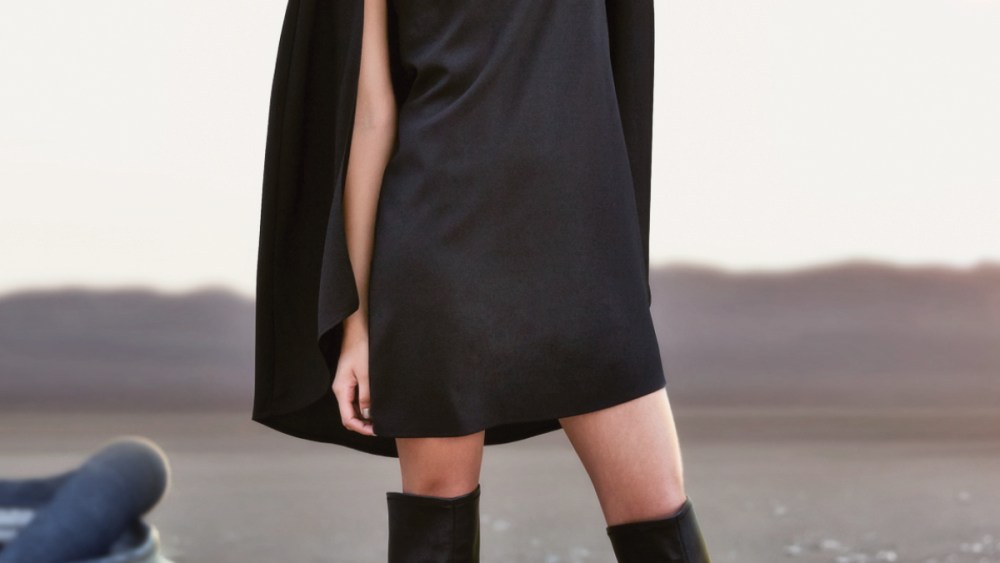 Hot Topic is getting in on the “Star Wars” craze with today’s launch of the Star Wars by Her Universe collection.

Like the intergalactic film series, this rendition of Darth Vader, Princess Leia and other “Star Wars”-inspired clothing is multidimensional. Her Universe founder and designer Ashley Eckstein is also an actress. Her credits include being the voice of “Ashoko Tano” in the ongoing series “Star Wars Rebels,” as well as its predecessor “Star Wars: The Clone Years.” In an interview, Eckstein said, “There is definitely a need for geek chic, not just as a fashion trend but it’s also an underserved market.”

The new Star Wars by Her Universe assortment includes a $65 Darth Vader cape dress and a $70 Leia dress (inspired by Carrie Fisher’s Princess Leia character in the original George Lucas-directed film; that style will be released next month). The majority of the collection will be sold in all 677 Hot Topic stores and online. The designs will also be offered in plus sizes. The next installment in the film series, “Star Wars The Force Awakens,” hits theaters Dec. 18.

After recognizing the dearth of sci-fi and fantasy products for female “Star Wars” fans like herself, Eckstein approached Lucasfilm Ltd. for a “Star Wars” license in 2009, but was told they only work with reputable licensing companies. After partnering with The Araca Group, Eckstein pitched Lucasfilm again and secured a deal in 2010.

Eckstein’s confidence in starting Her Universe stemmed from market research that pegged women as half the sci-fi fan base, and responsible for 85 percent of all consumer purchases. “When I learned that, I thought, ‘OK, I’m not a mathematician but those numbers aren’t adding up.”

Her Universe recently started selling more than 30 styles of “Star Wars” products for girls and boys, women and men through Disney Parks in Orlando and Anaheim, and is in talks to expand internationally. Having grown up in Orlando, Eckstein had a job in high school dancing as a cheerleader in Dineyworld’s Hercules parade. Her father also worked at the theme park for 16 years as a food buyer, a job that indirectly helped Eckstein with her current second career at Her Universe. “That’s when I first learned about margins. It was as they related to turkey legs, but it’s the same thing with T-shirts. Actually, that was a good beginning for learning about the industry.”

In the past five years, Her Universe has developed into more than a $10 million business thanks in part to other licensing deals with Marvel, Star Trek and Dr. Who. Eckstein owns her company with her husband David, a retired player for the San Diego Padres. “He is not involved in the company day-to-day but I call him ‘my closer.’ When I have big meetings, I call him in to close them,” she said.

On another front, the Comic-Con International subscription video-on-demand (SVOD) service, the new platform from Lionsgate and Comic-Con International that will launch early next year, will feature an original, unscripted series with Her Universe. The show will be an offshoot of a fashion show and design competition Eckstein hosts at Comic Con’s San Diego edition. In addition to Comic Con, she makes appearances at Disney Parks. “We try to keep things hybrid,” she said.