Designer Batsheva Hay, responsible for the prairie dress craze, hopes women will flock to her housedresses while working from home during the coronavirus crisis.

Batsheva Hay aspires to be a designer known for refashioning the fusty and subversive. In 2016, she brought back the prairie look, kicking off a trend for turn-of-the-century, provincial dresses that made half of Brooklyn resemble extras from the Nineties series “Dr. Quinn, Medicine Woman.” Now stuck at home under coronavirus lockdown with her husband and two young children, the designer and former lawyer wants to break free of those tight bodices and ruffles and shift into looser territory.

Hay’s very particular eye has turned toward rewriting the codes of another historically frumpy garment. Housedresses — midcentury muumuus worn by stay-at-home women to clean and cook — are the designer’s answer to rapidly evolving stay-at-home culture.

Taboo and Stepford-esque, housedresses have long been buried in the fashion graveyard. But what some may see as a garment with a loaded history, Hay sees as an opportunity for contextual reinvention. She thinks the billowy dresses that button or zip up the front, made from soft cotton in charming prints, are a quirky, breathable alternative to sweatpants — particularly as COVID-19 restrictions extend into warmer months.

“I have been thinking a lot about, ‘Why does it have to be sweats at home?’” Hay told WWD one recent harried day, while homeschooling her children and rerouting wholesale shipments. “There is something about the ease of wearing something that snaps or zips up the front, how you can just quickly go outside. It is such a viable alternative to sweats and leggings. It’s a different kind of casual. It’s an old-fashioned kind of casual dressing, which is cool and kind of exciting.”

The designer insisted that she is reintroducing housedresses not as a sign of regression, but as an adaptation to people’s current circumstances. “It’s not to say, ‘Let’s go back to cooking and cleaning all day.’ Let’s be real, we have domestic lives and maybe it’s cheekier now to spice it up. I think it feels very freeing to wear loose, zip-up dress. It feels new, like a fresh idea. Why not? Why do we have to agree to all wear sweatpants?” said Hay.

The style was discarded in the late Seventies as the female workforce strengthened. “A lot of the time we want to throw out the old, especially when they represent things that are oppressive,” Hay said.

But she countered, “If you look at the male equivalent, the chore jacket, how many people are wearing those today? It’s a traditionally blue-collar style and now there are chore jackets from Gucci. I just think it might be fun to reference it [the housedress] as an easy dress.” 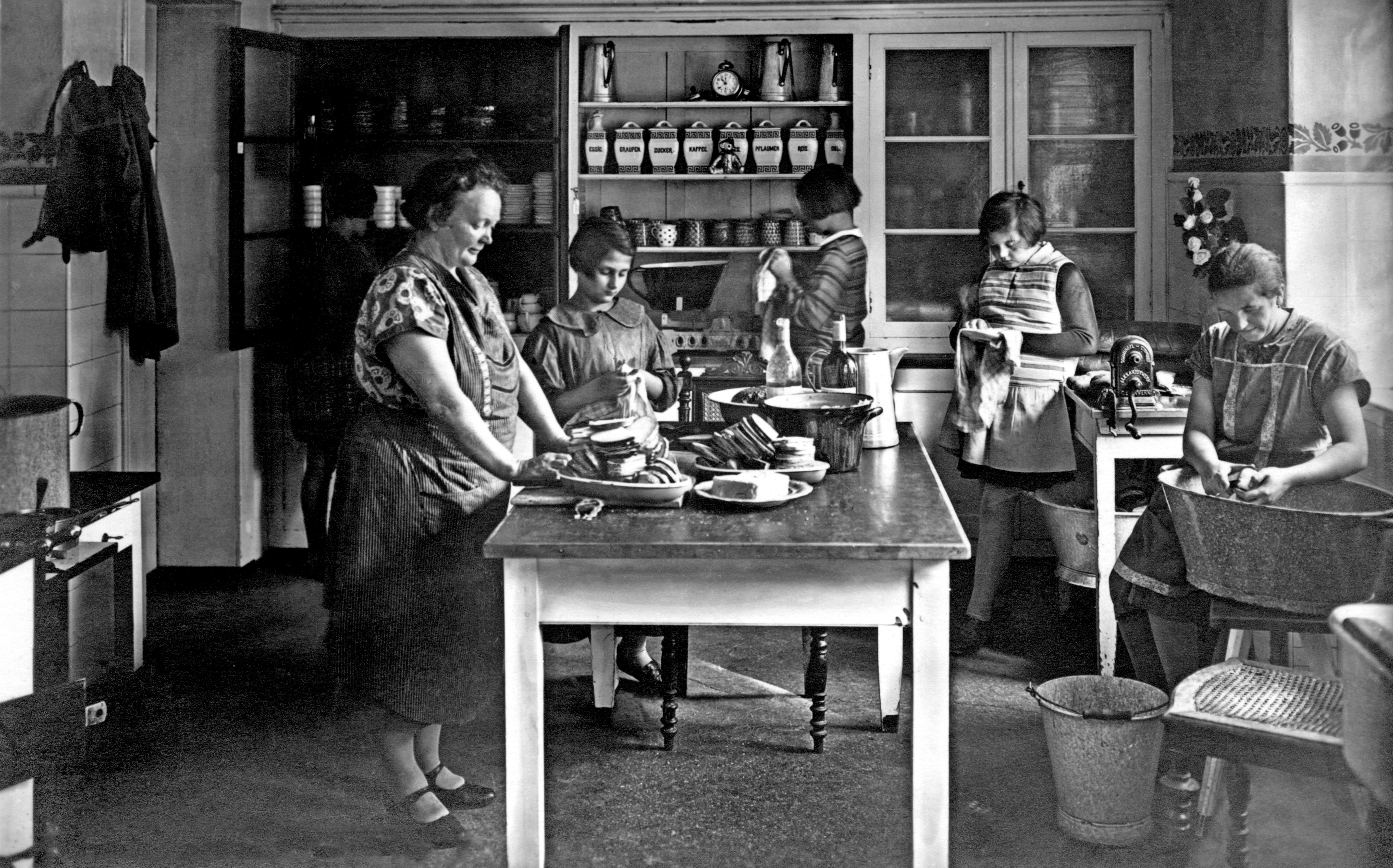 Hay has long seen the prairie dress as both her blessing and curse. She introduced them, coincidentally, in near-concert with the #MeToo movement. Many women, long beholden to tight or short dresses as a fashionable ideal, flocked to the style — some taking them as a quiet sign of protest against the male gaze. But quickly, Batsheva’s signature styles — designed for her life as a mother and observant Jew with an appreciation for mail-order catalogue aesthetics — snowballed into a larger trend. Prairie dress designs — much resembling her own — became available at both high and low ends of the fashion chain.

Hay knew it was time to move on one day when searching eBay for vintage dresses as inspiration and saw sellers marketing old prairie dresses as Batsheva-style alternatives.

“I will always make them and wear them — to me it’s a basic, like a T-shirt. But that’s not where all my new stuff will happen,” Hay said of her distancing from the prairie styles that helped her make her name and led to a CFDA/Vogue Fashion Fund nomination. “Some of those styles are so me that it’s a bit of a uniform. I do want things that feel fresh.…Now that I can buy my own style in many other places, it’s time to do something else.”

Hay introduced a housedress at her spring 2020 runway show and had to cancel the style from her collection since it received no orders from stores. “People weren’t ready,” she said, now taking the COVID-19 pandemic’s shelter-in-place culture as the right time for a reapproach. She’s now knee-deep in researching housedresses of the past — basking in fashionable takes from Polynesia as well as some styles retrofitted with pockets for an oven mitt. She hopes to introduce her own take within the next month or so, offered exclusively on her web site for around $200.

While housedresses of the past were an intermediary between pajamas (then nightgowns) and skirt suits or formalwear, Hay sees her versions as being worn to run errands or as a cover-up at the beach. “It takes a weird bravery to wear it,” she said.