Now in its second year, inclusive fashion training program Casa 93 has forced fashion institutions to rethink their approach to diversity.

PARIS — “Everyone is talking about diversity, but no one is actually doing anything about it.”

Nadine Gonzalez is smoking a cigarette in the shady terrace of a Parisian hotel with her business partner Caroline Tissier, celebrating a second successful year for Casa 93, the free fashion training program they founded in Saint-Ouen.

“If you want to find new talents, you need to go and physically look for them,” she said. “You need to visit secondary schools to give presentations, go to local organizations and youth groups in unexpected areas to spread the message. Those are the kids we are looking for.”

Since its creation in 2017, Casa 93 — the number references the area code for Seine-Saint-Denis, the underprivileged Parisian suburb where Saint-Ouen is located — has had somewhat of a ripple effect within the fashion industry.

A free yearlong training course for creatives aged 18 to 25 who can’t afford the high tuition fees of formal fashion education, Casa 93 boasts an impressive range of collaborators for such a fledgling initiative.

This year — students attend classes three days a week for the first part of the year, then work on various creative projects for the last six months — courses were taught by teachers from the Institut Français de la Mode; the end-of-program fashion show was overseen by designer Christelle Kocher of Koché, and students were commissioned by sportswear chain Courir and Nike to design a limited edition football jersey in honor of the 2019 FIFA Women’s World Cup. 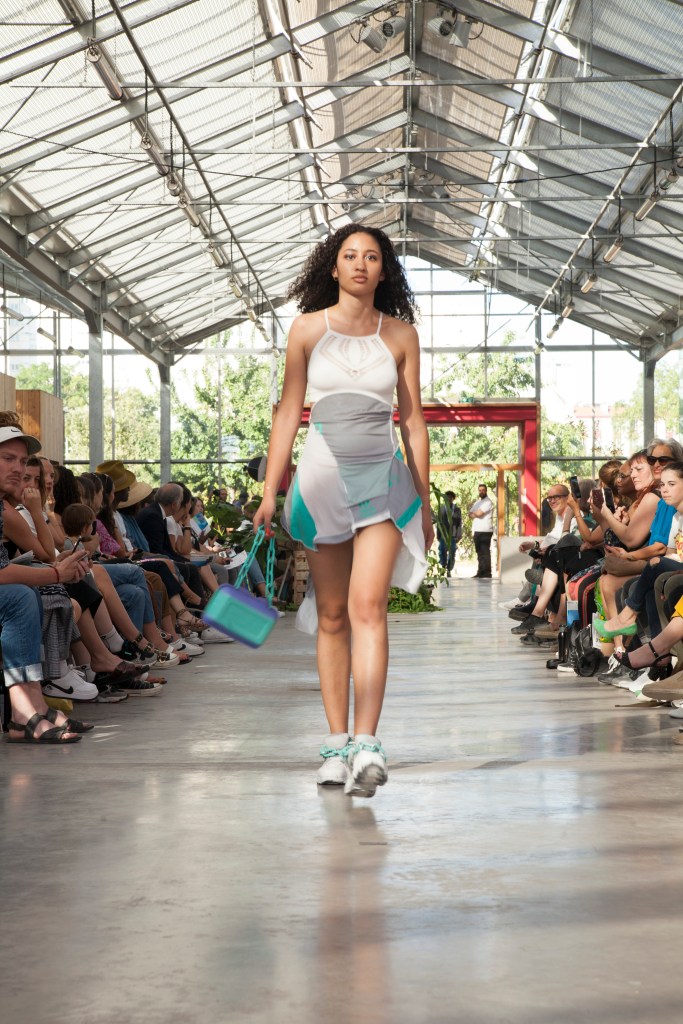 “We really stepped up our game this year,” said Gonzalez, whose initiative is supported by the IFM, the French couture federation, the Galeries Lafayette and Who’s Next trade show founder Xavier Clergerie. “We didn’t expect such a surge of interest, especially from fashion schools.”

Casa 93’s success comes as no surprise for fashion cynics: The independent fashion school actively tackles inclusivity issues that bigger organizations don’t have the time, resources or knowledge to deal with.

“It’s a space for identifying talents that aren’t on our radar,” said IFM director Sylvie Ebel. “The program sources creatives from disadvantaged areas, some of whom wouldn’t have naturally strolled through the doors of fashion schools or luxury houses. This creates a variety of profiles.”

The IFM, which will debut the first year of its merger with the Chambre Syndicale de la Couture in September, has signed an official partnership with Casa 93, agreeing to fund the initiative as well as share some of its teachers in exchange for the flood of raw creative talent it brings to the Parisian fashion school: Six out of the 11 graduates of this year’s class will join the IFM in September on scholarships.

“The Casa 93 students really stood out,” said Thierry Rondenet, director of the IFM’s Fashion Design bachelor, who was part of the admissions jury. “I remember one in particular: When he started to explain his portfolio, he did it in such a personal and heartfelt way, it was really unlike anything we’d heard that day. Working with Casa 93 definitely helps bring different personalities to the table.”

“It’s true that Casa 93 is making our job easier,” conceded Ebel, who stressed that the IFM also has a program aiming to broaden recruitment by traveling to secondary schools in Marseille, Lens and the Parisian suburbs in order to meet potential students, named Fondation Culture & Diversité. “What they do in terms of identification, but maybe more so in terms of reassurance, is quite incredible.”

Gonzalez, for whom Casa 93 is actually a duplicate of Casa Geraçao, a similar fashion project she developed in Rio de Janeiro’s favelas in 2013, was quick to understand that the real reason for the lack of diversity within fashion schools is above all psychological.

“We teach the kids how to make moodboards, write a CV and upcycle an existing garment, but above all our biggest role is to build up their confidence,” said Tissier, who joined Casa 93’s parent organization ModaFusion in 2017.

“When they start the course, they are a bit lost: Maybe they dropped out of school, or opted for a vocational course, and never dreamed that they could one day make it in fashion. When we first meet them, their guard is resolutely up. So much of our job consists in boosting their self-confidence.”

Meeting Gonzalez and Tissier was a real game-changer for Olga Pham, one of the 11 Casa 93 graduates of the 2018-19 school year.

“I was pretty confused,” remembered the fashion designer, who lives in Aubervilliers, a working-class town next to Saint-Ouen. “I had dropped out of my fashion studies, gone to work in Berlin but hated it, trained with a seamstress and didn’t really know what to do next. I was seriously depressed about my future.”

Pham heard of Casa 93 through word of mouth and was instantly sold on its made-to-measure format as well as the initiative’s core values: “Transparency, humanity, collective work and sustainability — everything that is important to me,” said the designer.

While Pham already had the basics of formal fashion training, the one-of-a-kind fashion school gave her the certainty that she was heading towards the right direction: Casa 93 solely uses recycled or repurposed material for its projects, which included partnering with La Redoute to use its deadstock material. Hermès, Isko and See by Chloé also donated fabric to the school.

“My aim is to launch a waste-repurposing company,” said the designer, who will be joining the IFM’s entrepreneurship program in September. “Working on so many upcycling projects at Casa 93, I felt reassured that I was going down the right path. It’s like I’ve found peace. Nadine pushed me to realize that there is room for me within the industry.”

Another particularity of the fashion program is the format of its end-of-year assessment: The school has chosen to produce one fashion collection for the whole class, instead of one per student as is usually the case, forcing students to work collectively in order to prepare them to the reality of fashion houses.

“It really trains them to work in a studio,” said Kocher, who oversaw the collection unveiled to the public on July 4. “It opens them to all sorts of positive values, such as collective work and tolerance, as well as finding creative coherence. It wasn’t an easy task, but they managed it in the end.”

Kocher, who herself comes from a working class family in the suburbs of Strasbourg, compared her own career to an “obstacle course:” “We might not come from the right cultural or social environment, but we have other strengths,” said the designer, who founded her label Koché after working 15 years in the industry. “There is not one way to do things. I wanted to show them that success is possible.”

Despite extensive media coverage — the school was even the subject of a documentary, “Seine-Saint-Denis Style,” which aired on French television in June – funding remains a concern for the independent fashion program. Casa 93, which as of this year compensates all its teachers, relies mainly on private donations, but is currently in talks to get regional subsidies in the hope of extending the initiative nationwide.

“So many people reached out to us after the documentary, especially from areas removed from Paris,” said Gonzalez. “Elitism doesn’t only affect the suburbs.”

“Casa 93 is having a moment, because inclusivity has become a trend,” said the fashion specialist, who praised the students’ drive and genuine passion (as well as their extravagant personal style, which for him has become a rarity in the current climate of what he calls “Instagram dressing”). “It doesn’t matter if some of the collaborations stem from opportunism: At the end of the day, what really counts is the impact they have on the kids themselves.”

“What the school needs now is a success story: That’s what will cement its reputation and prevent it from just being a quirky addition to the field of fashion education,” he continued.

For Monfort, the enthusiasm around Casa 93 touches on a bigger problem: “Paris has the most important fashion week and houses the biggest designers, but none of them are coming out of our own schools,” he mused. “We urgently need to start launching hits. Maybe Casa 93 is the solution. ”