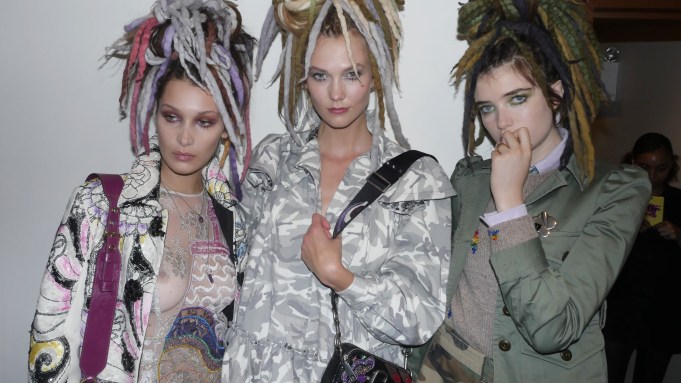 Fashion has always stemmed from culture, drawing from it, embracing global exploration, and tapping into music and art to set the tone for visual design.

While the early days of trade opened the door to cultural exchange — expanding commerce, bringing exotic textiles to new markets and allowing never-before-seen novelties to inspire designs — it simultaneously made way for cultural appropriation. And today cultural appropriation can prove to be a minefield for companies that make missteps.

Cultural appropriation, on the one hand, can be a celebration of that cultural exchange when done respectfully and tastefully. But it can also take from cultures and people’s heritage, often leaving them out of the story entirely.

As defined, according to Dr. Benedetta Morsiani, a research fellow at the University of Westminster in London in the department of Modern Languages and Cultures, cultural appropriation is “the act through which specificities of a given culture, such as symbols, artifacts, genres, rituals, or technologies, are used by members of a different culture.”

She used African fashion as an example of inspiration for designers like Jean Paul Gaultier, Donna Karan and Dolce & Gabbana. But while their collections received worldwide attention, African designers did not receive the same spotlight. The younger generation, she said, is more aware and vocal about cultural appropriation due to the cultural diversity in metropolises, and their awareness of the lack of representation for specific groups of people.

“I believe it is especially this need [to represent the marginalized] that encourages people to want to protect the cultural specificities of their racial and ethnic groups,” Morsiani said. “Therefore, people become vocal on matters of cultural appropriation as a means of maintaining and protecting their own cultural identity, which is already marginalized.”

Fashion often highlights its admiration of culture through textiles first.

A quick study of royal court dress and portraiture from the courts of 18th-century doyenne Marie Antoinette reveals silks fashioned in Asiatic themes. The imported Indian Kashmir (pashmina) shawl, a predecessor of the Nineties super trend, was one such piece. Its connection to the high courts by way of Emperor Napoleon Bonaparte’s wife, Empress Josephine, heightened its social status and inevitably inspired its popularity among the masses at that time.

Moving into the 20th century, innovations in textile development would allow for commercial gains and successes via artistic license. Couturiers like Charles Frederick Worth, who revisited Renaissance costume stylings to create one of the most influential houses for women of the time, including Queen Victoria, set the tone for certain fashions, inspiring elements of what dressmakers and tailors would make for the masses. While innovators like Paul Poiret, Mario Fortuny and Madeline Vionnet revived neoclassical silhouettes highlighting the influence of Africa, Japan, India and the Americas, the source cultures and artisans often went uncredited.

“Many times appropriation occurs by ‘borrowing’ textile design techniques, which is often not discussed, so teaching textile history from a social justice lens is important,” said Delice. “I personally feel the response and the receptivity are often motivated by economics, especially in cases where large firms have ‘borrowed’ designs without consultation and crediting the original makers. It is bad publicity that hurts the bottom line.”

Fashion is a top-down system. Even if culturally embedded trends begin at the street level, luxury brands and fashion houses still have more power to push their global acceptance. Often these cultural motifs, materials or styles are discovered and embraced at the luxury level and little credit goes to the communities or heritage the fashion draws from.

Unlike centuries past when drawing on cultures for fashion was more commonplace and less contested — today, fashion houses, brands and designers are chastised for missteps around cultural appropriation. Too many, according to those who speak out against the issue, have drawn from other cultures for their own profit and gain, and given little back. Now, whether it’s considered fashion appreciation or appropriation, it can be a hot button issue.

Gucci, for one, faced backlash for cultural appropriation following its fall 2018 runway show, which featured white models wearing turbans. Further discontent ensued when the brand had the turban on sale at Nordstrom for $790.

The Sikh Coalition, named for the religious group that dons the cloth head wraps as part of a religious observance and which advocates for religious rights, had this to say on social media: “The turban is not just an accessory to monetize; it’s a religious article of faith that millions of Sikhs view as sacred. Many find this cultural appropriation inappropriate, since those wearing the turban just for fashion will not appreciate its deep religious significance.”

What the move also failed to address, critics said, was the harassment or mistreatment that people who wear turbans for religious reasons often face while wearing them. As a fashion piece, Gucci’s turban would profit in the face of that.

In the aftermath of the coalition’s statement, Nordstrom apologized and said it would no longer sell the piece. For Gucci, this came just months after its Blackface sweater debacle.

Similar concern has arisen in the face of workplace dress codes that prohibit or discourage Black people from wearing natural hairstyles. When Marc Jacobs can have Gigi and Bella Hadid walk his runway show with a wig of dreadlocks, it highlights the world’s imbalances. Jacobs said the hairstyle was inspired by American film director and producer Lana Wachowski, but there was no acknowledgement of the style’s origins or spiritual significance to Rastafarianism.

“Many times an idea, design or motif of a culture is extracted from its original context, and reworked in a manner that can be or is perceived as demeaning,” said Matthew Yokobosky, senior curator of fashion and material culture at the Brooklyn Museum. “When these slights, big and small, are amplified in the press, consensus gathers, which sometimes results in shaming the designer or company.”

Yokobosky, who has worked in museums for 35 years, said the conversation surrounding cultural appropriation has always been a part of the dialogue at a museum but that, lately, the discussion has stretched beyond art to large corporations benefiting from borrowing ideas and motifs.

Examples like this allude to exclusivity. Marginalized subcultures are often excluded from the fashion industry at the outset, but when a style or trend they display is ultimately embraced by the mainstream, the subculture’s contribution is often disregarded.

To use a part of someone’s culture as inspiration and exclude people of that culture as well is a form of theft, according to Dr. Serkan Delice, a senior lecturer and research coordinator in the cultural and historical department at London College of Fashion. Delice believes the conversation around cultural appropriation grew louder due to the recent acts of racism and discrimination toward people of color.

“I think this is a reactionary debate and for the right reasons,” he said. “We’re still experiencing the legacies of the long history of colonization and slavery, which is why I feel there is a heated debate about appropriation.”

Racial injustices and discrimination in the broader landscape play a role in the anger felt toward brands accused of cultural appropriation. But in fashion, lack of diversity and representation in the workplace, c-suite, and on the runways, as well as mistreatment in factories, have generated greater debate about the racial dynamics in the industry.

“Current campaigns to decolonize design are important in highlighting the role of colonial history in normalizing how we make clothes,” said Tanveer Ahmed, a Ph.D. student at The Open University, U.K., and visiting tutor at the Royal College of Art in London. “Many mainstream design approaches decontextualize non-Western design concepts and use them as ideas for superficial decoration for short-term fashion collections, rather than as legitimate sources of fashion knowledge.”

“From my perspective, the issue isn’t a lack of respect of cultures,” he said. “The reason why I’m extremely critical of appropriation is because it makes the laborers invisible. When appropriation happens, the labor of the original producers becomes invisible and that is highly unfair.”

At the least, fashion should be crediting the sources that inspire its designs. At the most, it should be finding a way to work with those cultures and bring them into the fold.

“Crediting sources of inspiration is essential and the translation if done, must honor and exhibit an understanding of the original source of inspiration — if not done, then cultural heritage is diminished,’ said Eulanda Sanders, department chair for apparel, events and hospitality management at Iowa State University.

“Fashion is the dearest child of capitalism,” she said. “If one wants to understand capitalism, they must understand fashion. Fashion is defined by ever-increasing speed and capitalism is about the quest for profit. If you ask a designer to produce so many collections per year, which in itself is an unsustainable proposition, you can’t expect a designer to do proper research.”

Because fashion is predicated on a trending cycle, the use of cultural symbolism as inspiration may seemingly last for a moment, but once it is deemed palatable, the market for repetition is inevitable.

“Appropriation is a form of dubious representation,” Delice said. “The question is, who has the power and privilege to represent another culture?”

In short, the conversation around cultural appropriation is much bigger than putting dreadlocks on a white model or traditional Ethiopian weavings into a collection without giving the artisans due credit.

“There is a disconnect and hierarchy between the production of ideas and design on the one hand and the physical production of garments on the other,” Delice said, also addressing the concept of racial capitalism, or gaining social and economic value from a racial identity not your own.

“But actually, both designers and garment workers suffer from fashion’s transnational inequalities and there is therefore a need for global solidarity against racial capitalism.”