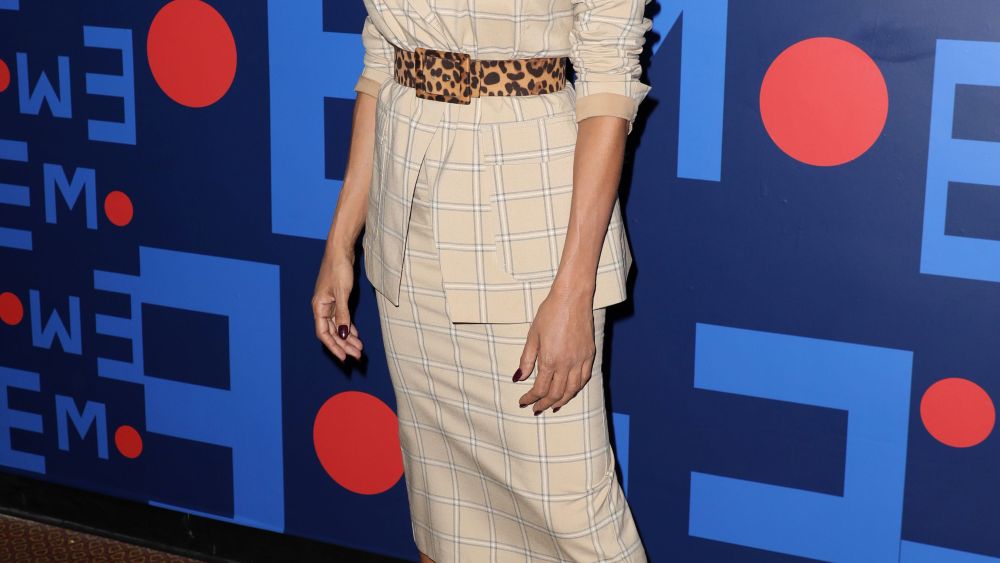 Many retail brands view celebrity associations as a silver bullet — in good economic times and bad — and there’s been an increased air of desperation to the deal-making as the retail world continues to experience unprecedented changes and challenges. But only the authentic relationships thrive, and companies could take a lesson from New York & Co. when it comes to signing an actress to design a collection.

When the vertical retailer signed Eva Mendes five years ago, the company was established, yet not exactly dynamic. “People liked it, but they didn’t love it, and she brought the emotional piece,” said chief executive officer Greg Scott. “I say in every investor meeting that Eva saved New York & Co. because she was the first talent that said, ‘OK I’m going to take a shot at it.’ She brought her heart and soul to the brand.”

That was evident at Thursday night’s fall and holiday 2018 presentation at The Palace Theatre in downtown Los Angeles. The event unspooled with a short film — Mendes’ first turn in front of the camera since she had two daughters with husband Ryan Gosling — by writer-director Massy Tadjedin, who directed Mendes in the 2010 film “Last Night.”

“I wanted to do something special for the fifth anniversary of my collection, and it was great to be able to create this film with my friend,” said Mendes after the show. When asked if the experience made her miss being in front of the camera, she laughed, “No!” After a beat, she added, “I mean, I’m sure I’ll have to get back into acting at some point, but right now I’m so happy raising my two daughters and designing my collection.”

The Eva Mendes Collection last year helped drive $50 million in sales, and Scott said he still had the $100 million mark within his sights. She has her own stand-alone store and 50 shop-in-shops, and as Scott pointed out, “She really drives sales.” He also credited Mendes’ success with helping the company sign subsequent celebrity deals with Gabrielle Union and Kate Hudson.

“People are very interested in Eva and what she’s doing. And she’s a trendsetter. People talk about using celebrity influencers, and we have one designing for us. She’s so ahead of the curve, with everything from turbans to high-waisted skirts to the narrow sunglasses.”

She also has a fan in Alexi Lubomirski, who was at the show soaking up the atmosphere in preparation for Friday’s campaign shoot at the same location. “Eva has a face that just pops off the page. I can’t wait to shoot her in a space like this, where there’s so much history and atmosphere,” he said.

Mendes herself doesn’t think she’s a trendsetter; she just wears and designs what she likes. In fact, those who have observed her red-carpet style for two decades know that she’s always been inspired by “La Dolce Vita”-style screen sirens and Old Hollywood. The fact that she bears no small resemblance to Sophia Loren and Claudia Cardinale doesn’t hurt, either.

“This year’s collections were inspired by Gena Rowlands in ‘A Woman Under the Influence’ and ‘Gloria,’” she said. In other words, sexy and glam, but with a more undone look. “When I first started designing for New York & Co. it was really about all dresses and red-carpet clothes. Now, it’s become a lot more daytime dressing as my own lifestyle has changed. And we have T-shirts for the first time, and denim.”

The lineup of pencil skirts, peplum suits and button-up shirts with cropped trousers, all in an eye-catching and colorful variety of logo prints, plaids and checks, that came onto the theater stage (in place of a runway) reflected the vintage vibe with a definite daytime attitude, and the clingy knits sets shown on a diverse group of models proved the line can make anyone look and feel like a Sixties starlet. There were still a few glittery cocktail and evening numbers reserved for the finale, but it’s clear the company is selling more sweaters than sequin sheaths.

“If I wear a fancy dress out, I’m going to change out of it and into my jeans and T-shirts the minute I get home,” said Mendes.