“Marche et Démarche” at the Arts Décoratifs in Paris looks at the evolution of footwear design through the years.

PARIS — It was upon discovering a pair of tiny 18th-century shoes in the archives of the Arts Décoratifs in Paris that curator Denis Bruna got the idea for the museum’s latest exhibition: The shoes, which were worn by Marie-Antoinette in 1792, measured 21-cm. by 5-cm., corresponding to a European size 33.

“How was it possible for a 37-year-old woman to put her adult feet in such a tiny shoe,” wondered Bruna, speaking at the press preview of “Marche et Démarche,” or “Walk and Gait” in English, on Wednesday, which runs until Feb. 23.

“We realized that the shoes that we had in our archives from the 17th century to mid-19th century were all extraordinarily small and thin,” he continued. “It prompted us to wonder how our relationship to shoes and the act of walking has evolved throughout history.” 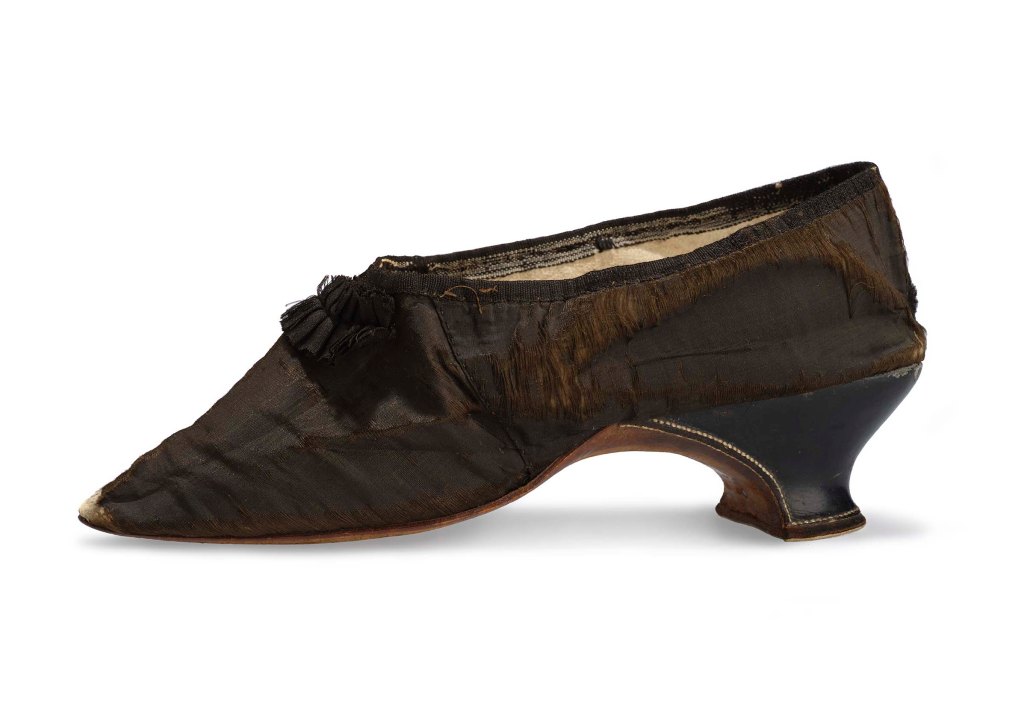 By studying historical documents such as personal diaries, the curator discovered that aristocratic women like Marie-Antoinette and her court used to bind their toes in order to fit in tiny shoes, or simply wear half of them — the front part, just visible under their billowing skirts — which gave them a tottering, bird-like gait.

At the time small feet were a symbol of nobility, a fact that can also be perceived in literature. In Charles Perrault’s “Cinderella,” which was published in 1677, the title character is a delicate aristocrat with small feet able to fit in a fragile glass slipper, whereas her coarse sisters’ big feet are a symbol of their lack of education and refinement.

Such are the discoveries that visitors of “Marche et Demarche” can make when taking in the 450 pairs of shoes — including designs by contemporary names such as Roger Vivier, Christian Louboutin and Raf Simons for Dior — and 100 historical documents that make up the exhibition. It becomes apparent early on in the visit that until the end of the 19th century, society was divided between those who walked and those who didn’t. 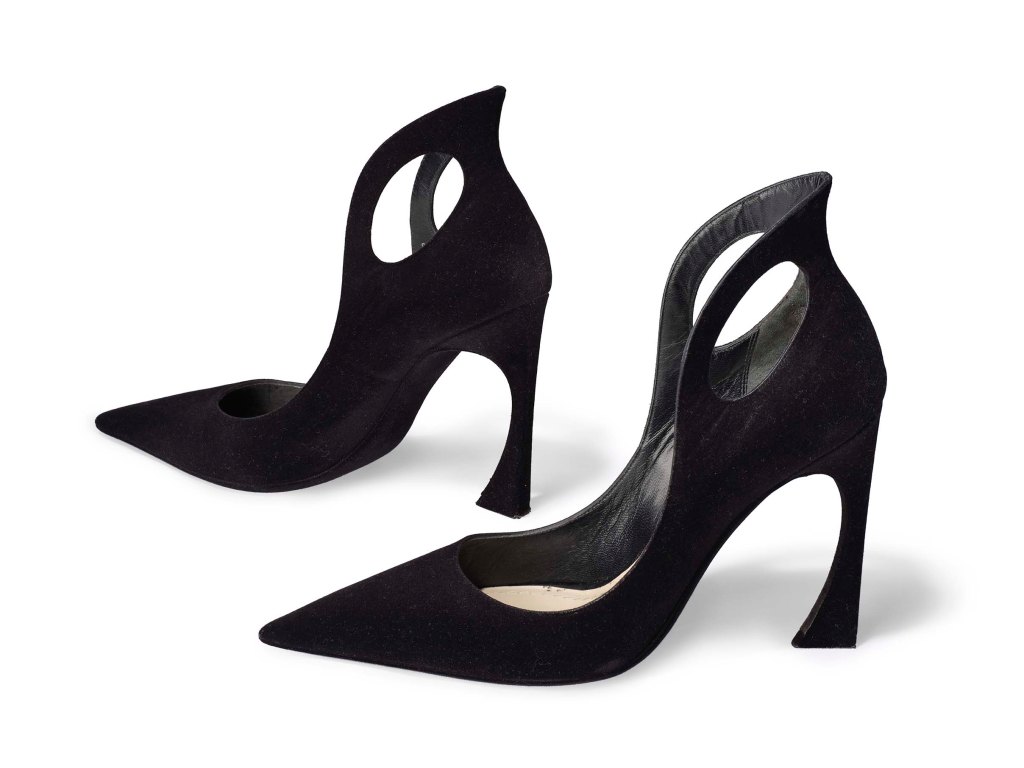 “As a rule, the higher castes of society simply didn’t walk,” explained Bruna. “Men were actually the first to wear heels in the 17th century — they made it easier to fit feet in stirrups when horse riding — but they were impossible to walk in, especially given how dangerous the streets were at the time.”

Heels were adopted by women at the end of the 17th century, which makes sense as up until the end of the 19th century, women of nobility were expected to stay at home to do sedentary activities such as embroidery or reading. “Basically until 1880, comfort was completely absent from footwear for high society,” Bruna said.

This wasn’t just the rule for Western societies. The exhibition makes a point of featuring footwear from all continents and cultures: Visitors will gawk at sword-shaped wooden sandals that used to belong to the king of Jimma in 1890s Ethiopia, “koma geta” sandals with towering platforms worn by Japanese high-class prostitutes during the Edo period and Chinese “golden lotus” shoes for banded feet, some of them measuring only 8-cm. long.

Contemporary designs can also be spotted in the exhibition, such as Adidas Stan Smith trainers and the fetishistic Christian Louboutin vertical pumps designed in collaboration with David Lynch, as well as a few historical pieces, like the comically long black leather brogues worn by Charlie Chaplin. Visitors can also try their luck at walking in some of the more extravagant pairs to witness firsthand just how much footwear design has evolved over the centuries.

“Shoes and clothes are indistinguishable from movement and the staging of the self,” writes Olivier Gabet, director of the Arts Décoratifs, in the book accompanying the exhibition. “Narrow shoes that only allow to take baby steps, heels that make women walk on the tip of their toes or high platforms that make the wearer look like a pendulum all contribute to the creation of a specific look.”